In the past year, did you tune in to your local news channel to learn about the latest developments regarding the NSA? Have you kept up with the search for the Boston bombers on Twitter, read about the Syrian crisis in the newspaper or listened for the name of the new Pope on your car radio?

However you get your news, it’s safe to say that the media landscape has and will continue to change. Pew Research Center’s 11th State of the News Media report, released Wednesday, looks at these changes and examines consumer, ownership, investment and technology trends of the various news industries over the past year.

One of Pew’s findings showed that nearly 300 local television stations changed hands in 2013, and viewership grew for the first time in five years.

“Whether that’s an anomaly or not is something we’ll watch,” said Amy Mitchell, Director of Journalism Research for Pew.

In regards to social media’s affect on news organizations, Pew found that while 30 percent of Facebook users get their news through Facebook, those that do stumble upon a news story in their newsfeed have a lower engagement rate than those who go directly to a site. 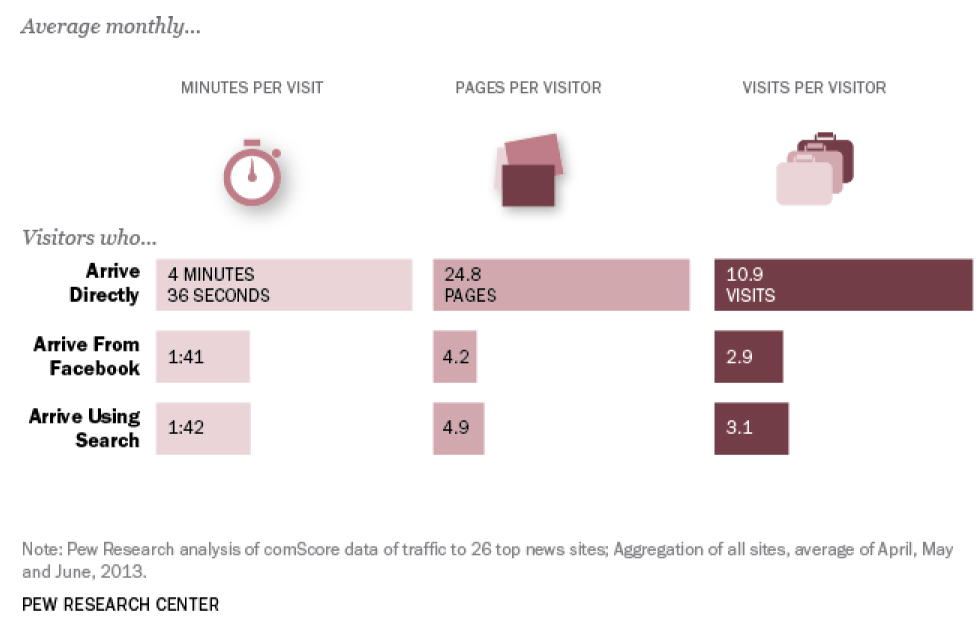