When you enter the Louisville Mega Cavern in Kentucky, it’s hard not to gape at your surroundings. At 100 feet below the ground, the thick limestone walls are imposing, and the enormous space seems to go on forever — 17 miles, to be exact. Back in the 1930s, this was the Louisville Crushed Stone Mine, which was quarried for rock. Now it’s an underground adult playground, equipped with a zip-line course over glowing rocks, a rope course and a tram that takes visitors on a historical ride through the cavern.

But the latest addition, which opened last month, is a massive bike park — 320,000 square feet — with more than 45 trails, including a dual slalom and jump track, tunnels, wooden jumps and a skills area. “I didn’t know what a bike park was nine months ago,” Mega Cavern co-owner Jim Lowry tells OZY. But then someone asked him about renting space to make one. Lowry hired the enquirer, and they began to explore if it would work, then teamed up with Joe Prisel, designer of the Burlington Bike Park, a 40,000-square-foot indoor bike park in Washington state, to create an outline for the cavern. Construction took about three months. 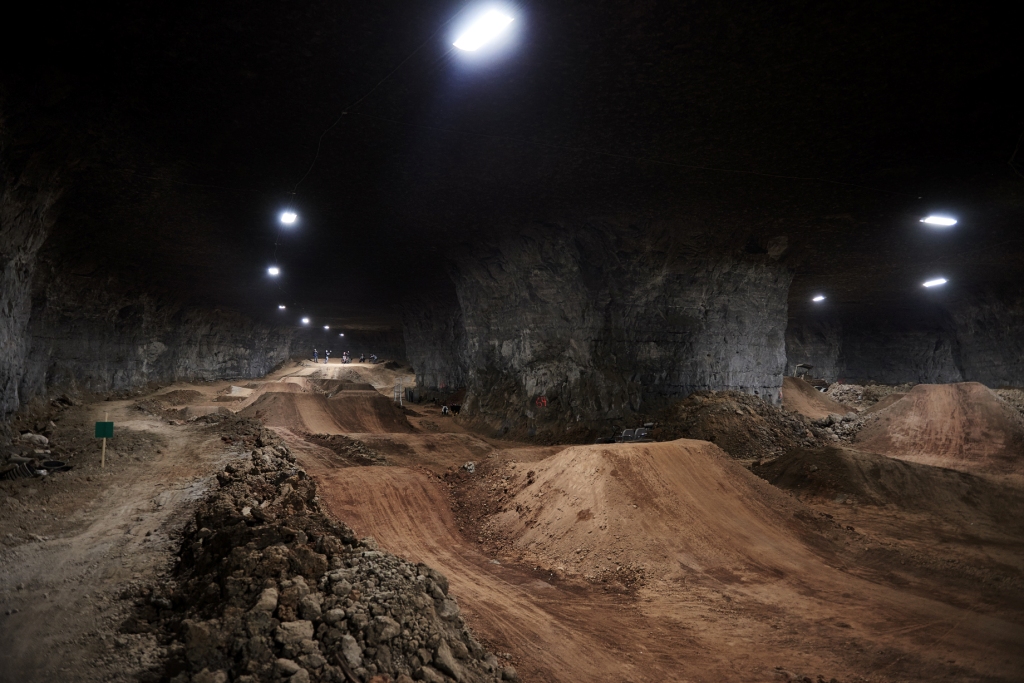 Trails at the high-octane bike park fit a wide range of technical ability — from family-friendly single-track rides to jump lines for expert riders. For now, cyclists must bring their own bikes, but Lowry plans to rent them later this year. Ages seven and up are welcome, but riders younger than 12 require supervision. Four hours costs 24 dollars, with discounts for more time.

There are two distinct advantages of biking underground: the weather and the temperature. It’s always dry and 60 degrees, Lowry says. Plus, there are no cars to deal with. He estimates capacity at about 300 people and hopes to hold cycling competitions in the park, teaming up with local organizations. Situated under the Louisville Zoo, the facility has the unusual honor of being incredibly secure. “We can take a direct hit from a 747 airplane,” Lowry says, and in the 1960s, the mine was considered a potential bomb shelter for crisis events. 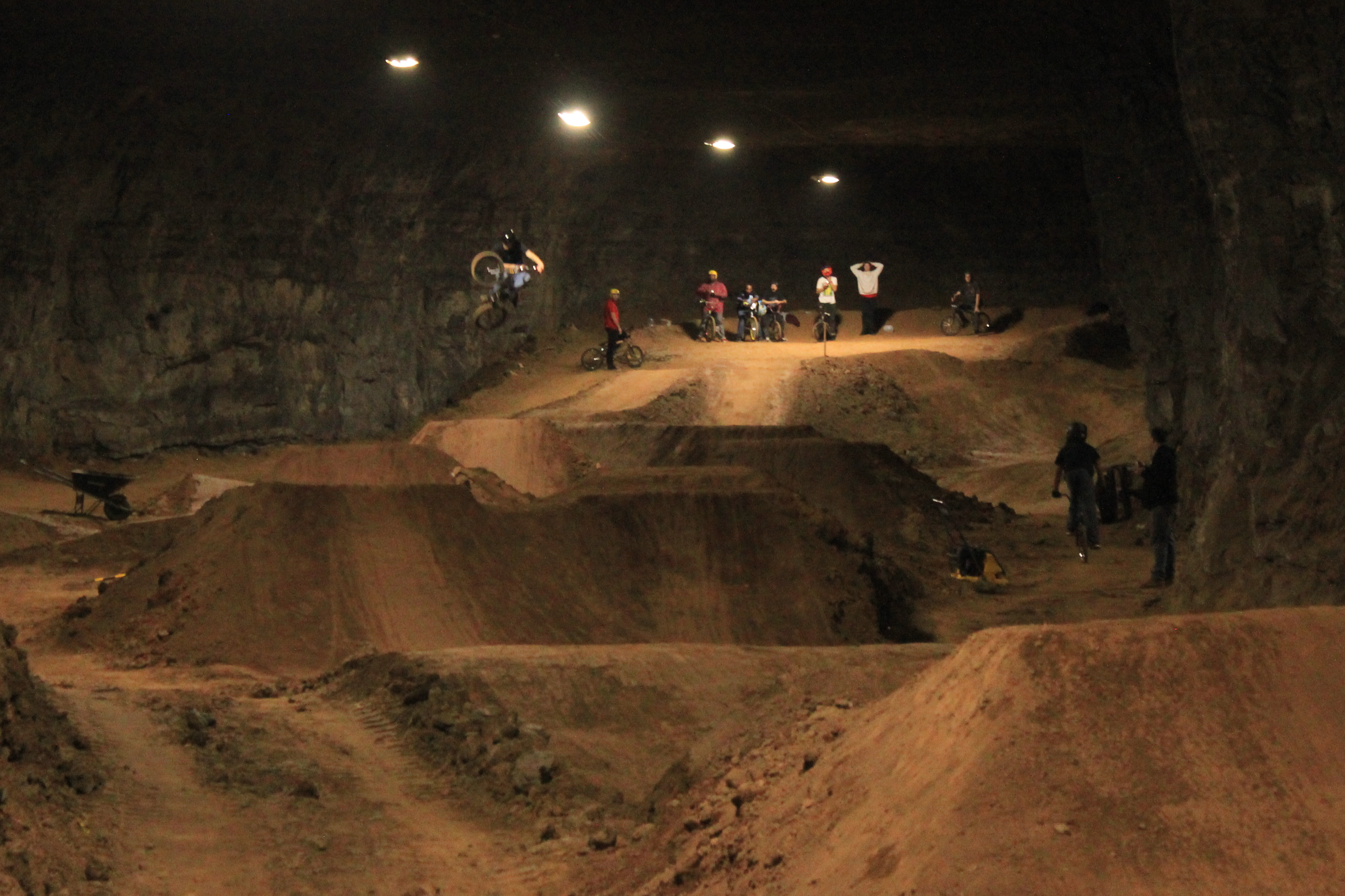 Whether it can attract tourists is another question. Cyclist John Thompson of Washington, D.C., has enjoyed cycling trails along the Potomac and Mount Vernon for six years now and likes new challenges. “It’s very cool, but is it worth going to Kentucky just to do this?” he says. “I like doing trails outside and seeing nature — this is all underground.” 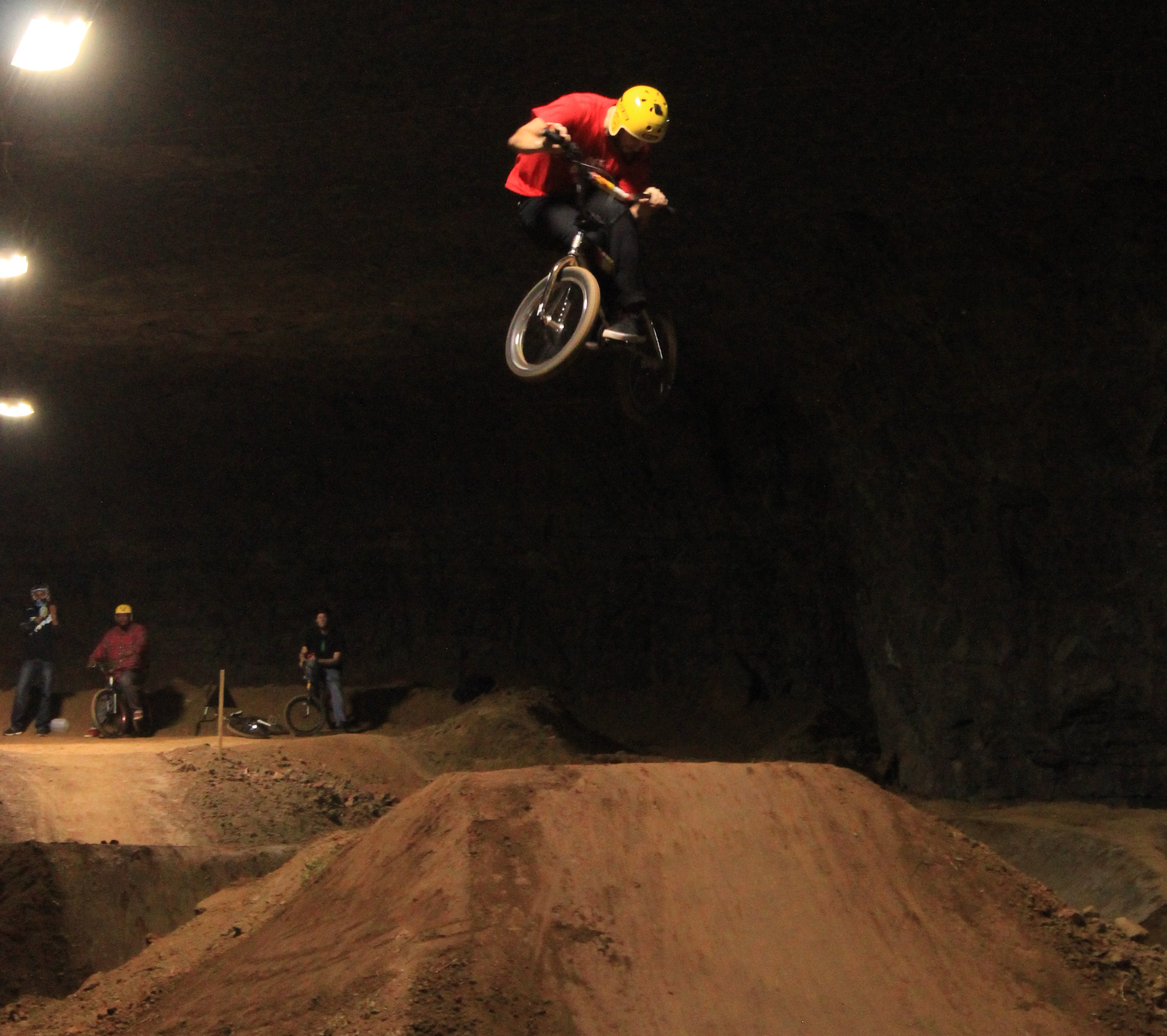 Still, the underground cavern is seen as one of the most alluring aspects of the park; the concept of being swallowed by the earth can give adventurers goose bumps. The cavern is so deep that it can’t receive TV or radio signals, which brings to mind this Jules Verne quote from Journey to the Center of the Earth: “Wherever he saw a hole, he always wanted to know the depth of it. To him, this was important.”