50 years after ‘Bloody Sunday,’ see photos of Selma then and now

Thousands descended on Selma, Alabama on Saturday to commemorate the 50th anniversary of “Bloody Sunday,” a now infamous day in 1965 when police beat and tear-gassed peaceful protesters marching for voting rights.

The crowds gathered ahead of a speech by President Barack Obama, who will speak on the Edmund Pettus Bridge Saturday afternoon about the future of civil rights in America. 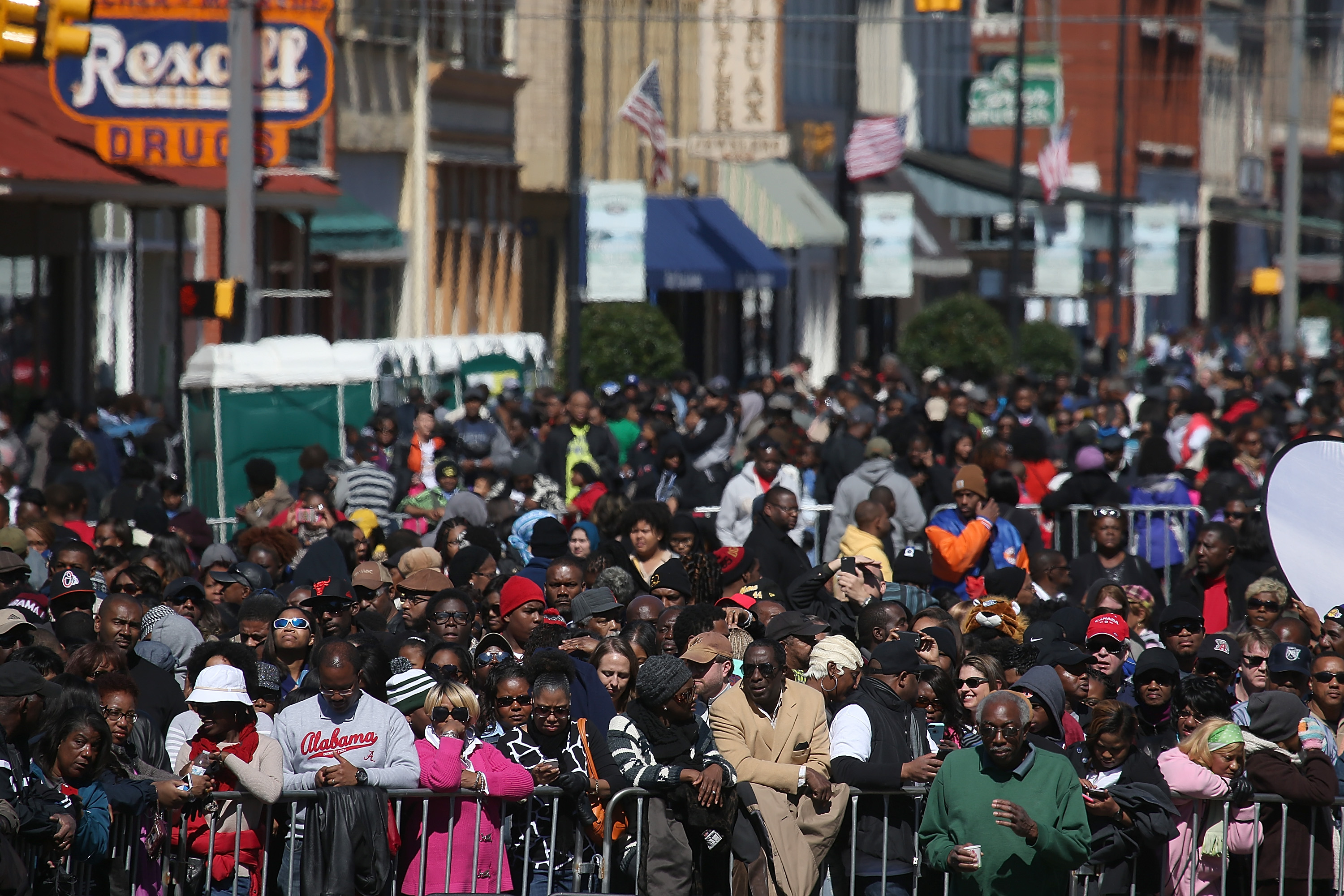 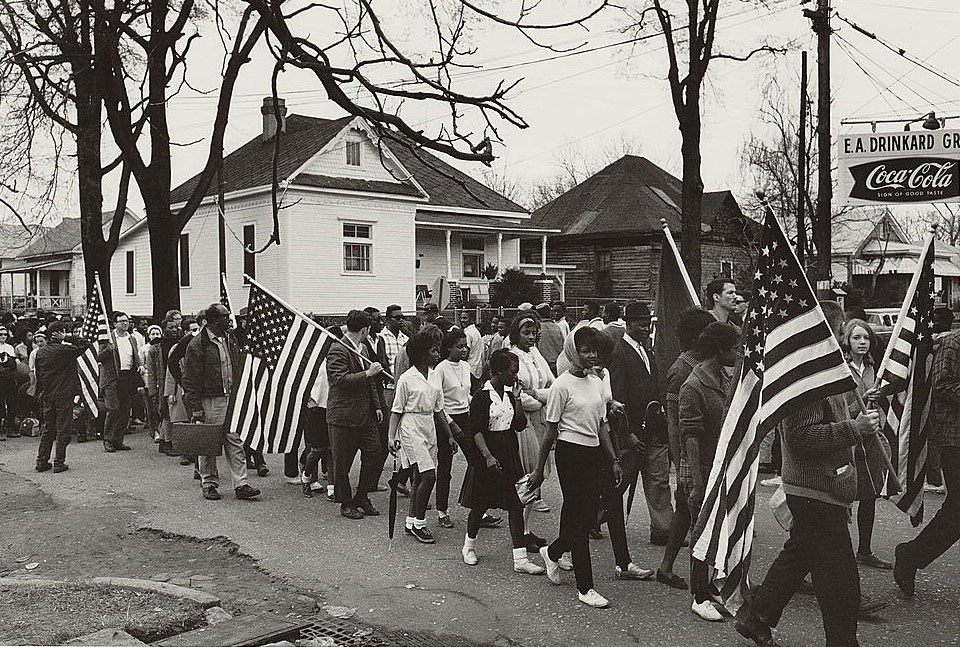 Speaking to reporters on Friday, Obama said his visit to Selma was not just about remembering the past, but also about looking hard at the country “in the here and now.”

“Selma is now,” he said. “Selma is about the courage of ordinary people doing extraordinary things because they believe they can change the country, that they can shape our nation’s destiny. Selma is about each of us asking ourselves what we can do to make America better.” 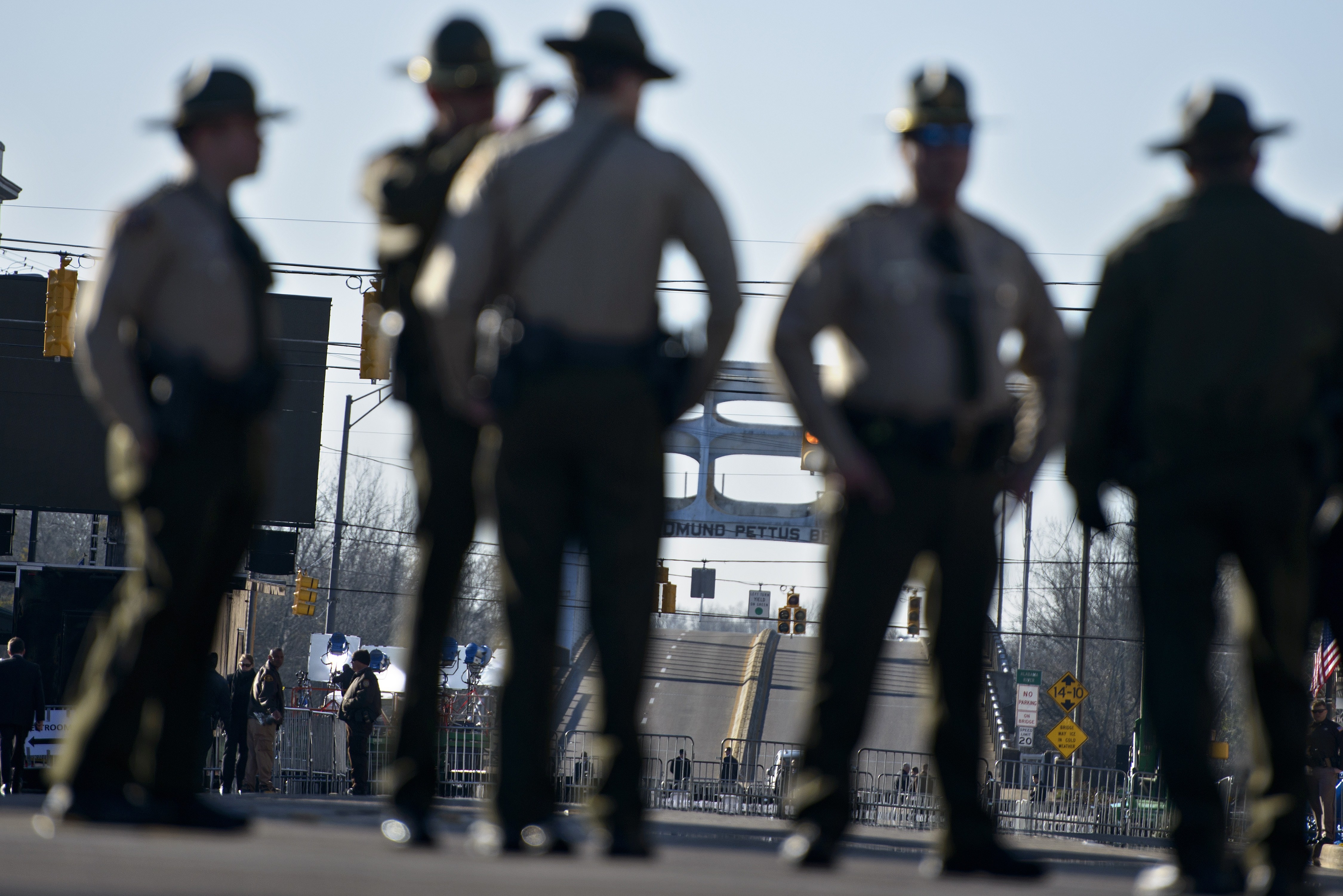 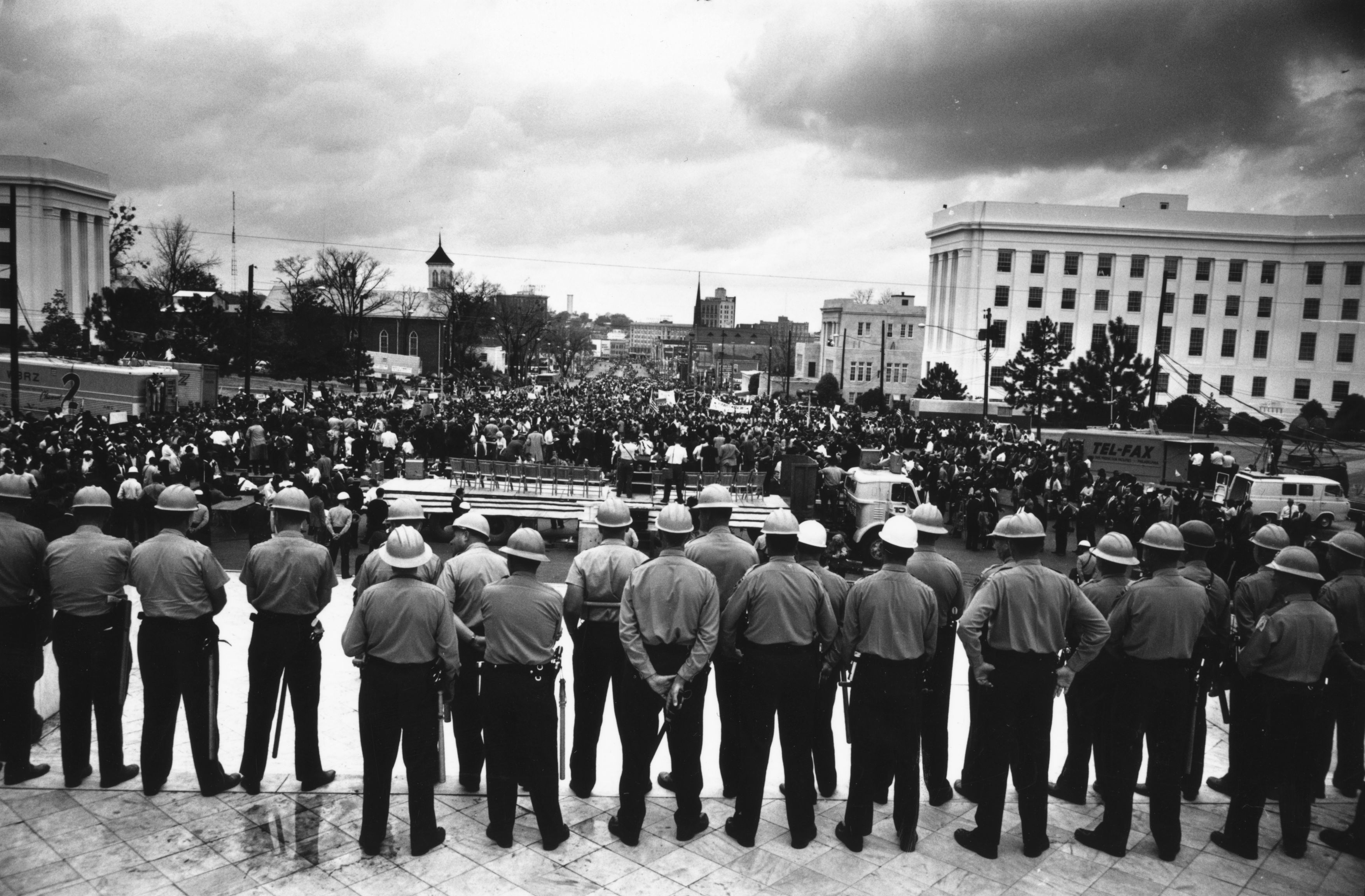 A line of policemen stand on duty during a black voting rights march in Montgomery, Alabama in March of 1965. Credit: William Lovelace/Express/Getty Images

In Selma today, the town of about 20,000 people is roughly 80 percent black and more than 40 percent of residents live in poverty, Reuters reports.

According to the AP, nearly all students who attend public school in Selma are black, while most white students go to private schools.

“Alabama has been behind the curve for not just 50 years, but 150 years,” Alabama Gov. Robert Bentley told the AP. “We are just now starting to get out from under the stigma.” 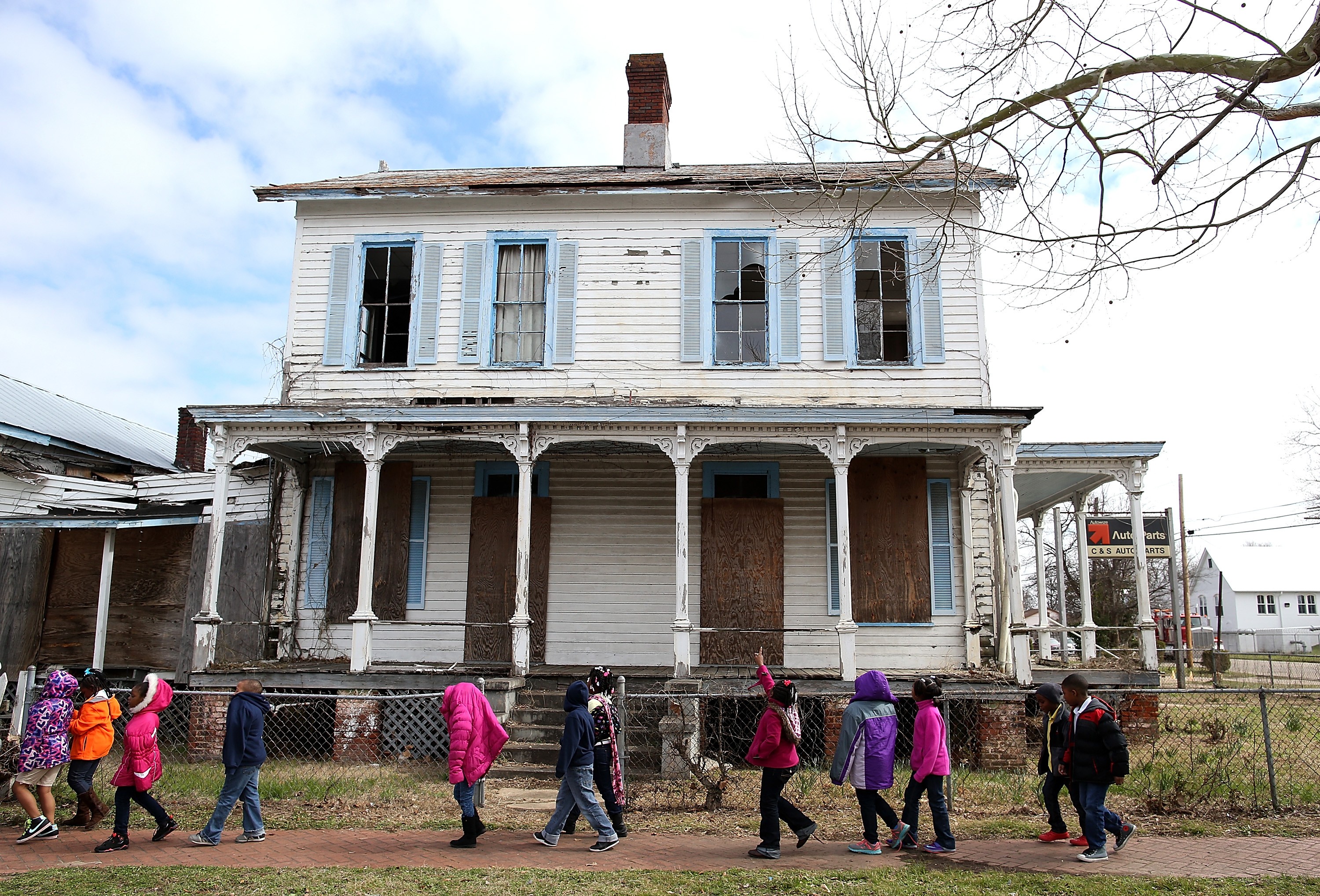 School kids walk along the historic route that civil rights marchers took during the Selma to Montgomery on March 6, 2015 in Selma, Alabama. Credit: Justin Sullivan/Getty Images 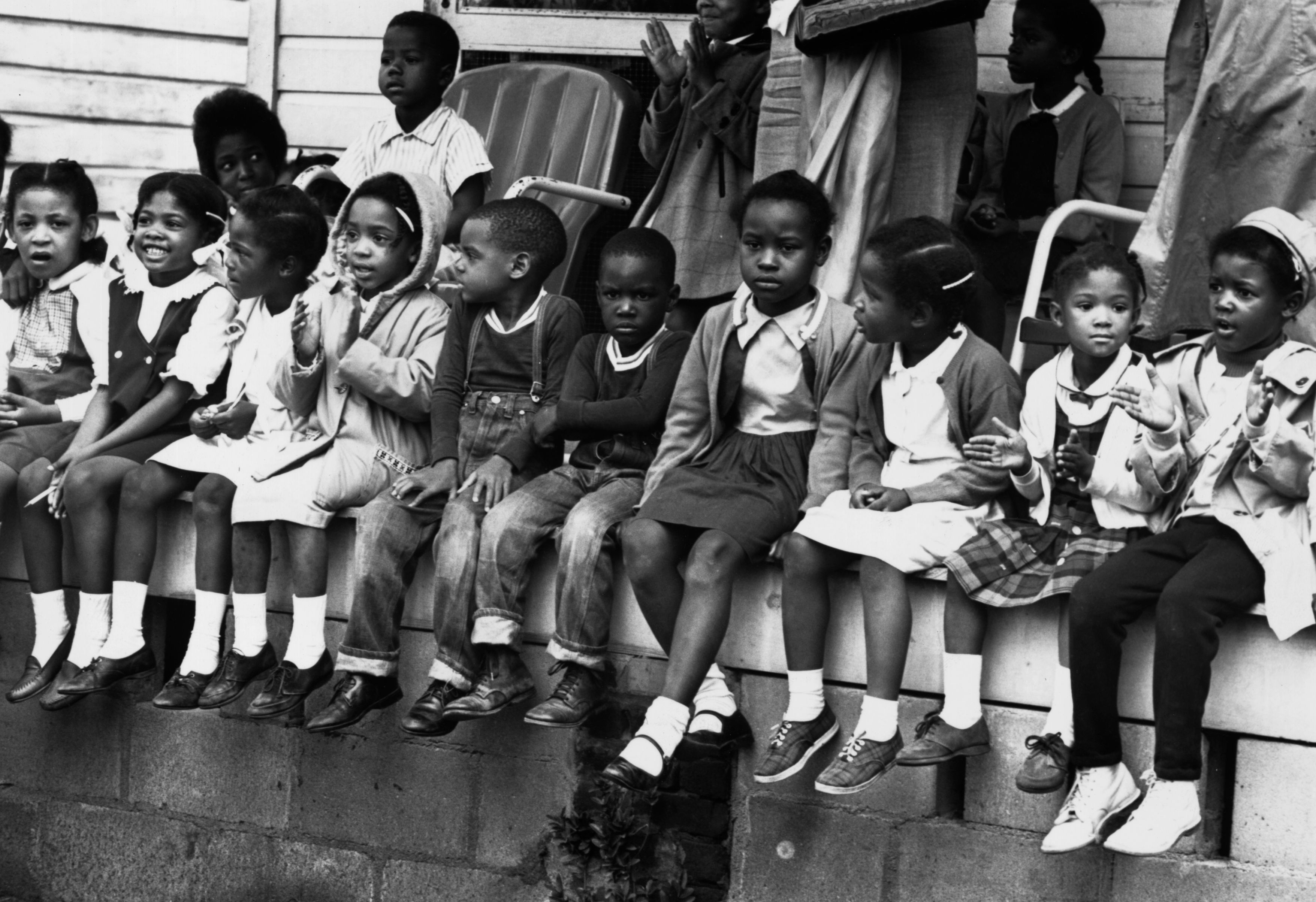 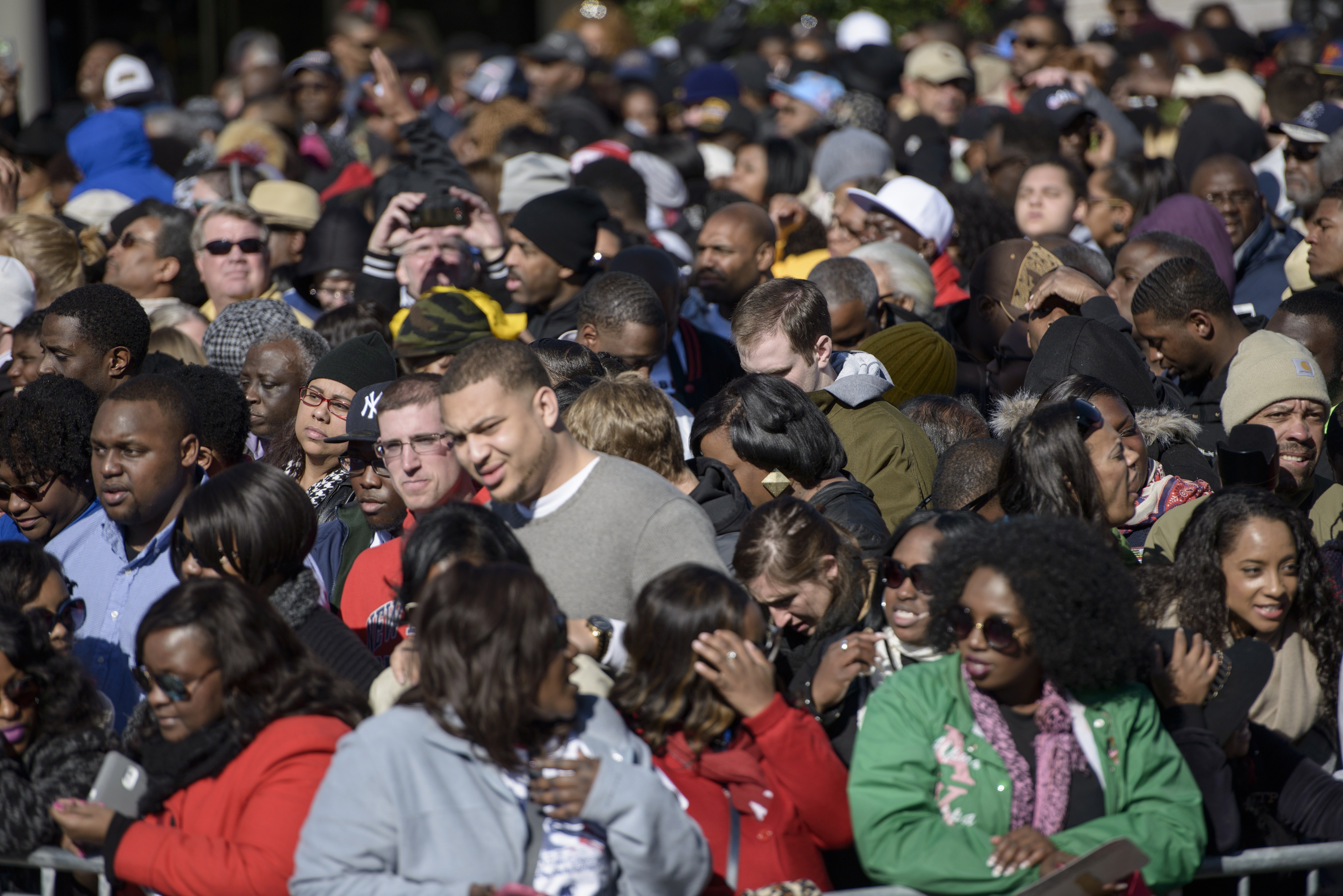 Students from the Tuskegee Institute listen to speeches at the conclusion of the Selma to Montgomery march in March, 1965. Credit: Morton Broffman/Getty Images 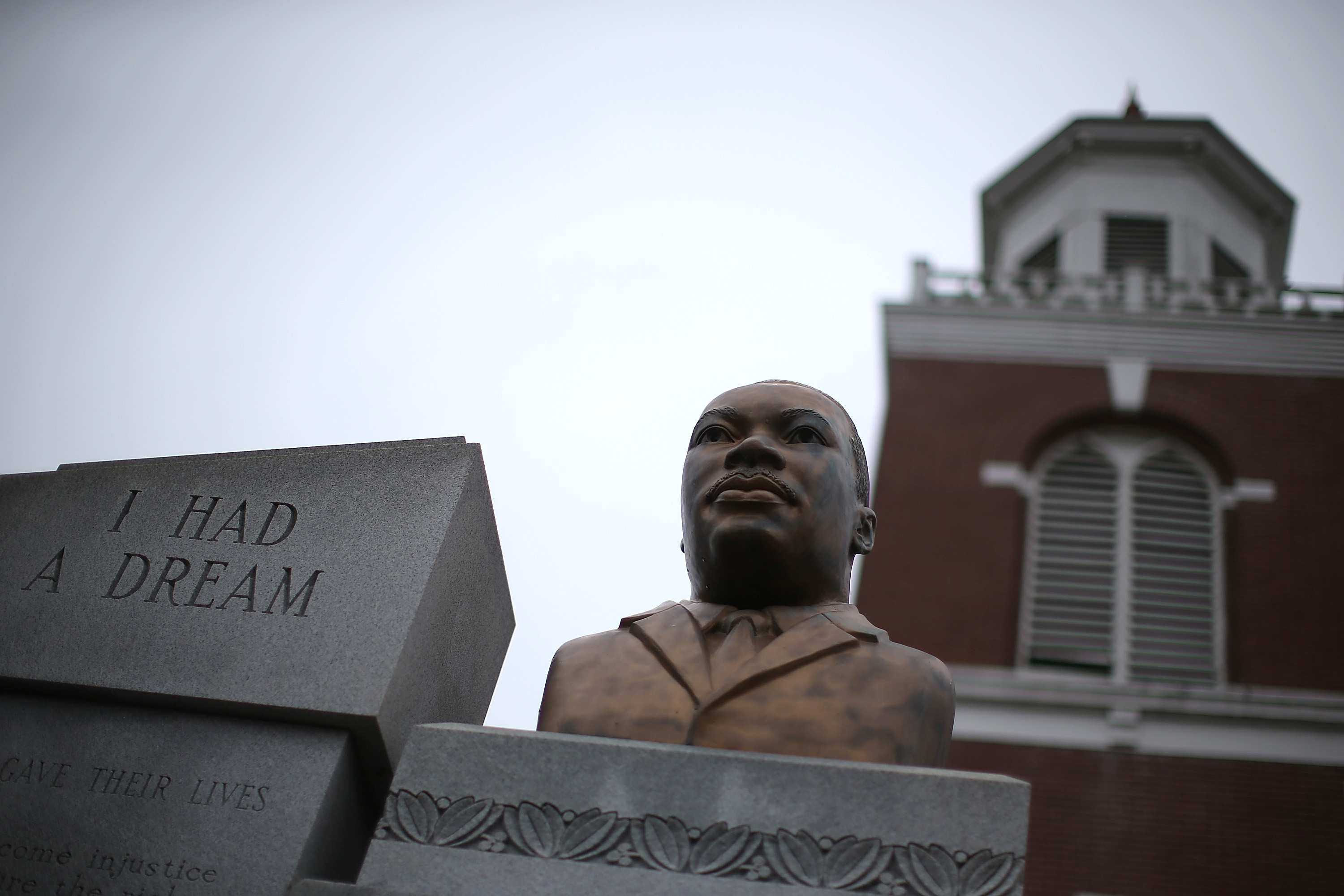 A bust of Dr. Martin Luther King is displayed in front of the Brown Chapel AME Church on March 5, 2015 in Selma, Alabama. Credit: Justin Sullivan/Getty Images 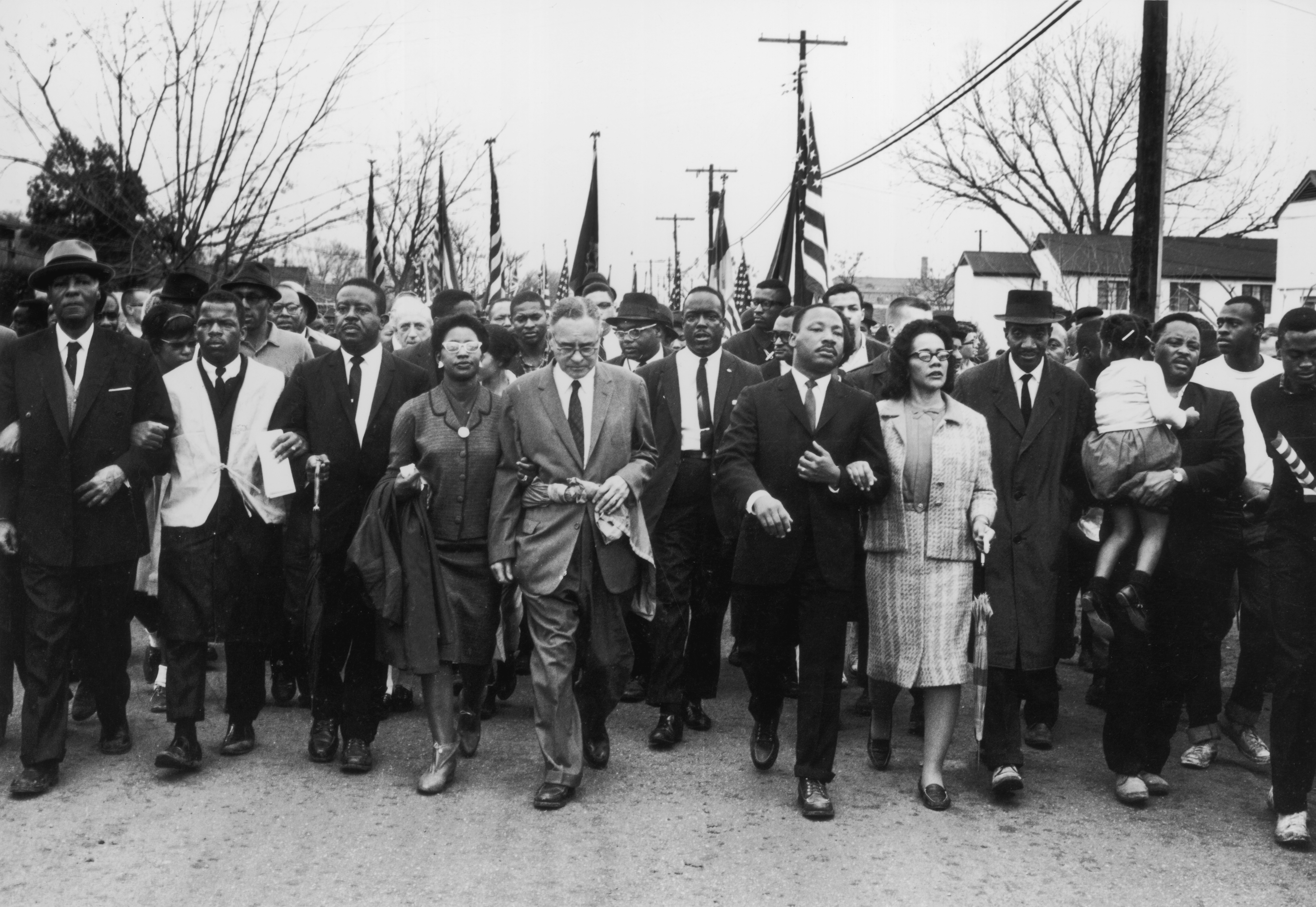