What we know about the Florida school shooting

The suspect in a Florida high school shooting that left 17 people dead Wednesday has confessed to opening fire inside the building where he once attended school, according to a report from the Broward County Sheriff’s Office.

Nikolas Cruz, 19, told investigators that he opened fire inside Marjory Stoneman Douglas High School using an AR-15 rifle and ammunition he had carried in his backpack, according to a report from the local sheriff. He was charged with 17 counts of murder Thursday.

Initial local media aerial footage showed students and staff being escorted in single file to safety as a phalanx of officers descended on the grounds of Marjory Stoneman Douglas High School in Parkland, Florida. Police said the suspect weaved in and out of the building before he was eventually arrested later off the school grounds.

“It is a horrific situation,” Broward County Superintendent Robert Runcie said on the day of the assault. “It is a horrible day for us.”

Here’s what we know — and don’t know — about the school shooting. 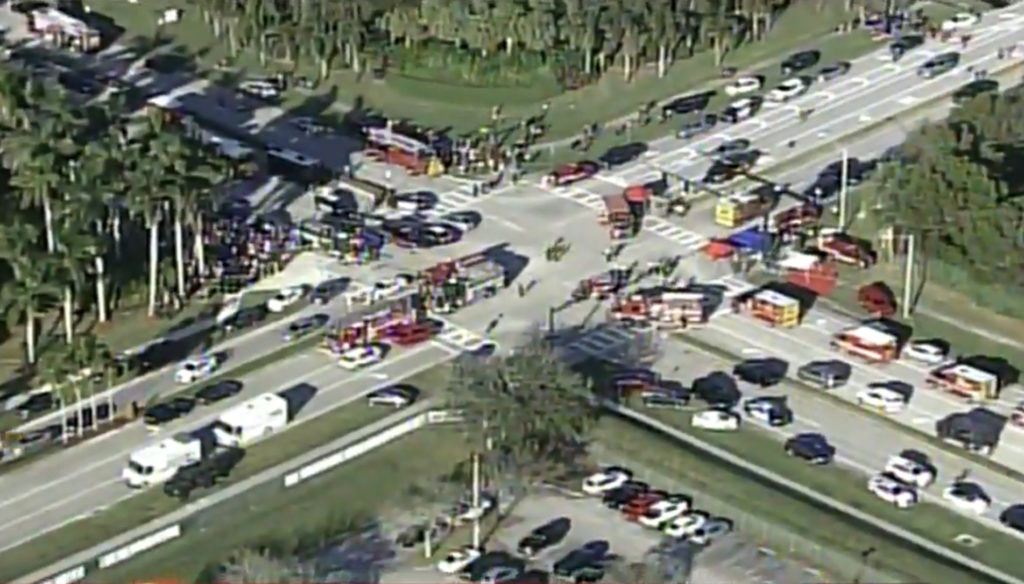 Police and rescue workers attend the scene near Marjory Stoneman Douglas High School following a shooting incident in Parkland, Florida, in a still image taken from a video. Image courtesy of WSVN.com via Reuters

The official Twitter account for the Broward County Public Schools said students and staff “heard what sounded like gunfire” close to the school’s dismissal around mid-afternoon. Then, the account said, it received “reports of possible multiple injuries” and an active shooter.

Today, close to Marjory Stoneman Douglas High School’s dismissal, students and staff heard what sounded like gunfire. The school immediately went on lockdown but is now dismissing students. We are receiving reports of possible multiple injuries. Law enforcement is on site.

Police arrived at the high school about 50 miles north of Miami shortly thereafter.

Students apparently in the school during the shooting tweeted updates to friends and family, along with images that showed children huddled under desks and in closets, the The Miami Herald reported.

About an hour after the Broward County Sheriff’s office first confirmed reports of a shooting on Twitter, it said the shooter was in custody.

The shooting recalled the 2012 Newtown shooting, when 20-year-old Adam Lanza fatally shot 26 people — 20 children, six staff members — at Sandy Hook Elementary School. Before the attack, Lanza shot and killed his mother at their Newtown home. After several minutes of carnage at the school, Lanza then killed himself in one of the classrooms.

Citing available FBI data and news reports, The New York Times reported that there have been more than 40 “active shooter” recorded incidents in U.S. schools since 2000.

Broward County Sheriff Scott Israel said he was “saddened to say that 17 people lost their lives.”

The Broward Sheriff’s office previously said there were “at least 14 victims,” who have been transported to local hospitals. Fourteen others remain hospitalized as of Thursday, being treated for wounds in nearby hospitals.

Israel said 12 bodies were found inside the school building, while three were found outside. An additional two victims died from their injuries at local hospitals.

By Thursday morning, all victims’ families have been notified, Israel said. A full list of the victims will be released later today. 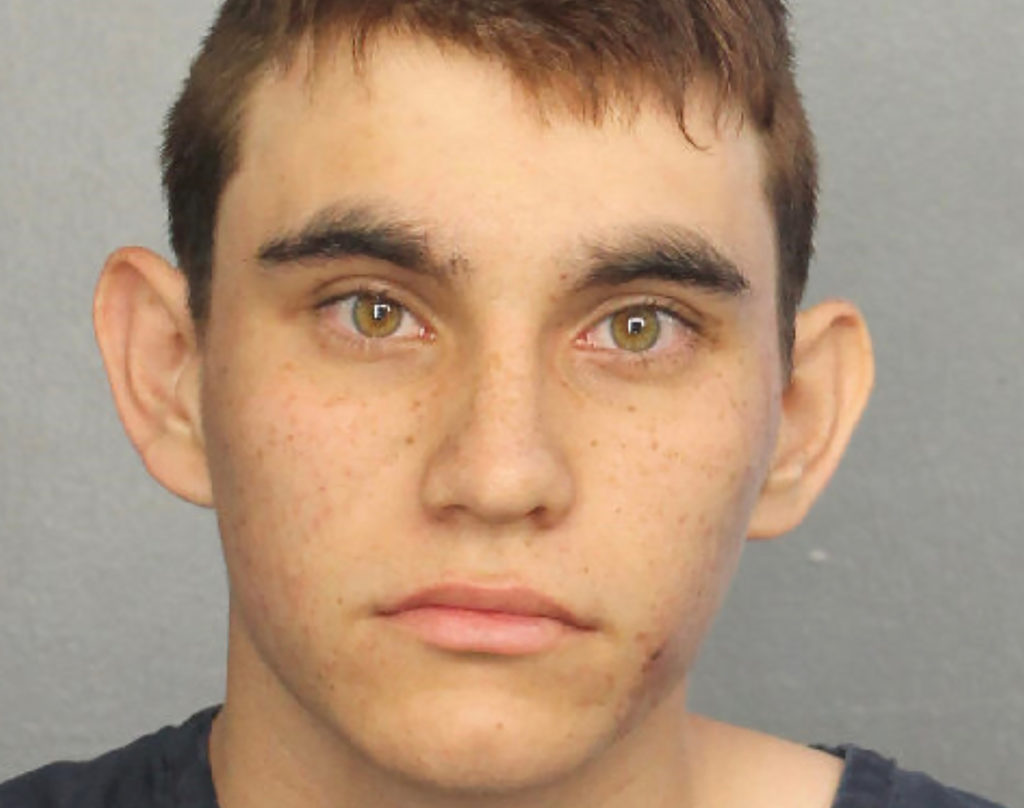 Hours after the shooting, authorities identified the suspect as 19-year-old Nikolas Cruz, a former student who had been expelled previously for “disciplinary reasons,” according to the sheriff.

On Thursday, Cruz was charged with 17 counts of premeditated murder. In his first court appearance, a judge in Fort Lauderdale ordered the suspect to be held without bond.

Police said Cruz was armed with a semiautomatic AR-15 rifle, along with a gas mask, smoke grenades and “countless magazines” of ammunition. Officials told the Associated Press that the AR-15 was legally purchased about a year ago.

The suspect was arrested without incident, Israel said, in a Coral Springs, a nearby community. He had fled the scene by mixing in with the students and faculty that were being escorted out of the building, the sheriff said.

Authorities have yet to identify a motive. Israel also said the posts found on the suspect’s social media accounts were “very, very disturbing.”

The leader of a white nationalist group in Florida confirmed to AP on Thursday that Cruz was a member and participated in several paramilitary exercises in Tallahassee. Jordan Jereb added that Cruz “acted on his own behalf” and is “solely responsible for what he just did.”

What the president said

President Donald Trump, in responding to the shooting, has focused on the suspect’s mental health.

In his address to the nation on Thursday, the president vowed to “tackle the difficult issue of mental health.”

Earlier in the morning, he tweeted: “So many signs that the Florida shooter was mentally disturbed, even expelled from school for bad and erratic behavior. Neighbors and classmates knew he was a big problem. Must always report such instances to authorities, again and again!”

So many signs that the Florida shooter was mentally disturbed, even expelled from school for bad and erratic behavior. Neighbors and classmates knew he was a big problem. Must always report such instances to authorities, again and again!

Shortly after the shooting, the president offered his prayers and condolences to the families of the victims on Twitter.

“No child, teacher or anyone else should ever feel unsafe in an American school,” he added in a tweet.

Trump said he planned to visit Parkland, Florida, to meet with families and local officials.

Israel said FBI agents are now a part of the investigation and will begin processing a “horrific scene.” The Bureau of Alcohol, Tobacco, Firearms and Explosives said their agents are also responding to scene.

The @FBI has established a tipline. Please call 1-800-Call-FBI with any tips about the #stonemanshooting.

Israel said it was a “catastrophic day.”

“There really are no words,” he added.

Left: People are brought out of the Marjory Stoneman Douglas High School after a shooting at the school that reportedly killed and injured multiple people on in Parkland, Florida. Numerous law enforcement officials continue to investigate the scene. Photo by Joe Raedle/Getty Images

School shootings like the one in Florida are no longer rare. Are schools more prepared?