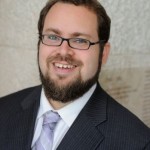 Column: I’m a rabbi. Here’s why Pope Francis inspires me

Jewish faith begins with the story of Abraham, the man who would be called a “Hebrew,” which in the Hebrew language translates to “on the other side.” This otherness would become a defining characteristic of Jewishness for generations. An ontological loneliness was pervasive during much of the Jewish journey throughout the past three millennia. The existential otherness of the biblical Abraham foreshadowed an otherness that would follow the Jewish people from exodus to exodus. Rabbi Joseph Soloveitchik, one of the 20th century’s greatest scholars of Orthodox Judaism, stated it simply: “Man discovers his loneliness in the covenantal community…”

This covenantal loneliness faced a new paradigm in the 20th century with the emergence of Nostra Aetate, the seminal document from the Second Vatican Council that redefined the Catholic Church’s relationship to non-Christian faiths, particularly to Judaism. This document opened the door to a new era of Catholic-Jewish dialogue that continues to this day.

The emergence of a vibrant field of religious dialogue has facilitated not only an increase in the factual knowledge of each other’s faiths but an exposure to models of religious life and leadership that span the traditions. In some ways we are living in a time of mutual learning and sharing that parallels the environment of 11th century Spain, the Golden Age, when the community of theologians and scholars from Islam, Judaism and Christianity inhabited the same intellectual world. Jewish texts were being produced in Arabic incorporating the Islamic dialectical approach of kalam, and early forms of Christian and Jewish mysticism were impacting each other.

Can religion be relevant in our postmodern era of relativism and skepticism?

We now have a similar opportunity to be enriched by the gifts we can offer each other. Lord Rabbi Jonathan Sacks, former Chief Rabbi of the United Kingdom expressed this eloquently when he wrote:

“The multiplicity of faiths is not a tragedy but the gift of God, who is closer to us than we are to ourselves and yet lives in lives quite different from ours.” 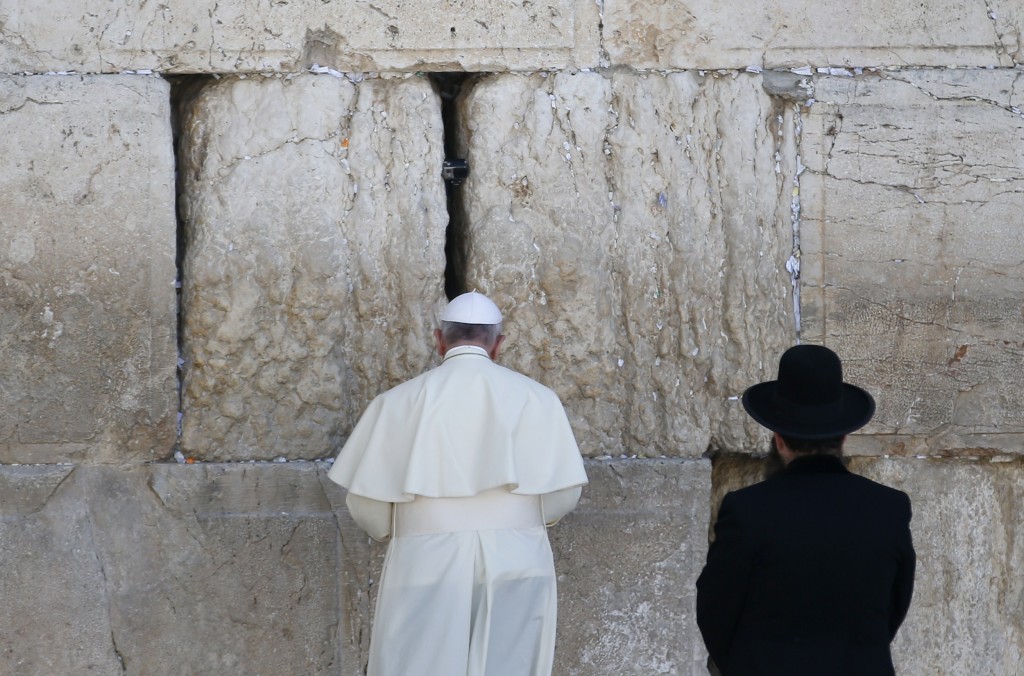 Pope Francis prays as a Jewish rabbi looks on at the Western Wall in Jerusalem’s Old City on May 26, 2014. Photo by Thomas Coex/AFP/Getty Images)

Pope Francis represents the pinnacle of the best of times in inter-religious discourse and mutuality. His model of religious leadership is profoundly inspiring to me, particularly as a Modern Orthodox rabbi. Modern Orthodoxy seeks to cultivate a way of life that fully embraces Jewish law and observance while also living immersed in the modern milieu and culture. Within Modern Orthodoxy, a person does not simply study secular subjects in order to acquire a good job; they do so because the secular world possesses its own wisdom that can positively impact and grow a person’s relationship to God and to her or his faith. This constant dialogue of the tradition with modernity, though, produces points of tension, and it is in that tension that Pope Francis models a path forward.

What does it mean to be inheritors of a tradition with notions of marriage that are different than the notions people live with today? While, in a previous time, the highest value might have been making the option for dissolution and divorce as difficult as possible, nowadays, it is personal freedom and autonomy to choose one’s own life. Can one look at texts composed thousands of years ago and find inspiration to combat climate change? Is it possible to look at the incredible economic inequality, structural racism and class privilege plaguing our society and find the charge within traditional religion to grapple with these profound social justice concerns?

When the Pope enacts a simpler more streamlined approach to divorce he recognizes that we are living in a new zeitgeist and tradition must respond.

Pope Francis has resoundingly declared that religion has value and profound wisdom to offer to the world. When the Pope enacts a simpler more streamlined approach to divorce he recognizes that we are living in a new zeitgeist, and tradition must respond. When the Pope issues a sweeping encyclical on climate change he demonstrates the power of traditional faith to call the masses to concrete action to be better stewards of our one and only Earth. When the Pope washes and kisses the feet of a Muslim individual he demonstrates religious humility in an era of increasing fundamentalism and polarization. With his every action he demonstrates that the highest calling of a religious leader is to be a servant leader. A religious leader is not to be served, but rather she or he is to serve.

Scandals of clergy abuse and impropriety abound. No religion is immune from stories of their clergy acting abusively. The effect of all these stories is to demoralize and destabilize religious cohesion. This is true not only for the laity but for fellow clergy members who learn of their colleagues acting with such disregard for basic human tenets of decency and morality. The Pope holds up a candle illuminating a model of religious integrity that infuses hope into the clergy of all faiths.

For people like myself who are not Catholic, he is not our teacher on doctrine or theology, but he is our teacher on how to be and live as emissaries of God in this world. The candle of integrity that he holds up against the darkness that can at times feel like it surrounds us may only be one candle, but it is joined by the untold candles of people he inspires from all backgrounds. Indeed, as the Hasidic saying teaches us: “A little bit of light can push away a whole lot of darkness.”

Editor’s note: The NewsHour is hosting a series of columns on faith this week to correspond with Pope Francis’ visit to the U.S.

Wendy Thomas Russell, author of “Relax, It’s Just God: How and Why to Talk to Your Kids About Religion When You’re Not Religious” on the rising number of Americans severing their ties with religion;

Left: Pope Francis (R) receives a gift from Israeli Sephardi Chief Rabbi, Yitzhak Yosef (C), during a visit to the Heichal Shlomo Center in Jerusalem on May 26, 2014. Photo by Andrew Medichini /AFP/Getty Images)

Rabbi Ben Greenberg currently works at UJA-Federation of New York. He has previously served a synagogue in Denver, Colorado and was the Orthodox rabbi of the Hillel at Harvard University. He has participated in and led interfaith dialogue throughout the world and is the author of two books and multiple articles on the intersection of faith and modernity. He lives in New York City with his wife and children and can be reached at www.bengreenberg.org.