Why we carry these tokens of faith

Faith is an intangible force, an intensely personal connection with one’s beliefs. For many, religious faith is manifested in the items they keep close to them — a book, a prayer card, a piece of jewelry.

For Catholics, it can be a Bible or a rosary. Ahead of Pope Francis’ visit to the U.S., the NewsHour talked with several Catholics in the Washington, D.C., area to learn the stories behind the things they carry.

What about you? What items do you carry or keep close to you as a sign of your faith? Show us in a photo and a short description on Twitter or Instagram. Use the hashtag #NewshourFaith. Or simply respond in the comments below. 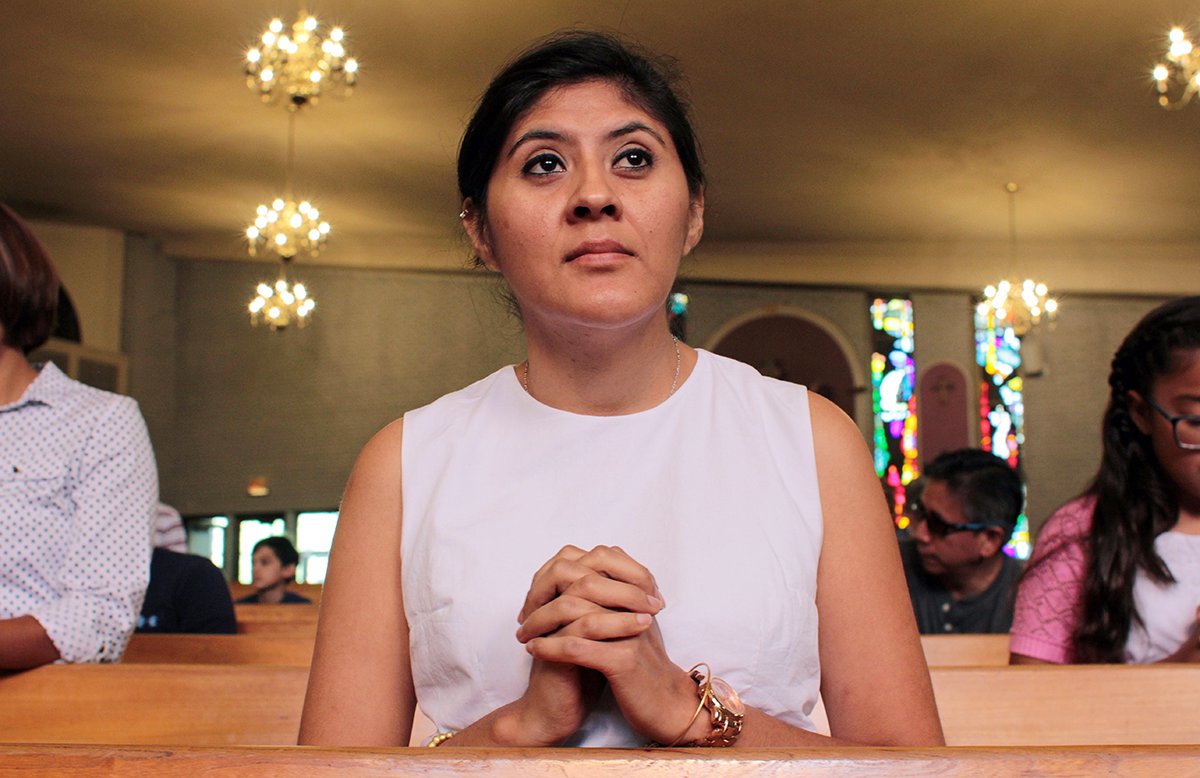 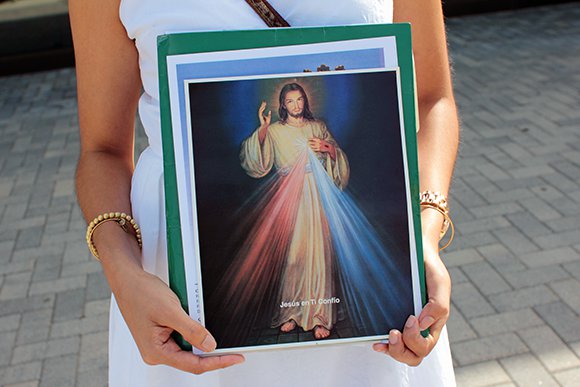 Zurita carries the image of the Divine Mercy, which depicts a forgiving Jesus with colorful rays emanating from his body. Below the image is the message, “Jesus, I trust in you.”

“It’s a daily reminder of God’s mercy for me,” Zurita wrote in an email. “[It] gives me the hope that he will be merciful to me even when I turn my back to him.”

Zurita, who migrated to the U.S. from Bolivia when she was 17, said she was raised Catholic, but didn’t practice the religion. After a brief stint with Buddhism, Zurita turned to Catholicism when she was about 26.

“I was living a very superficial life without meaning,” Zurita said, and “it wasn’t an easy transition because I had to change my life and the way I lived.”

The Divine Mercy image, which Zurita also has pinned up at her desk at work, “keeps my heart focus in Jesus,” she said. 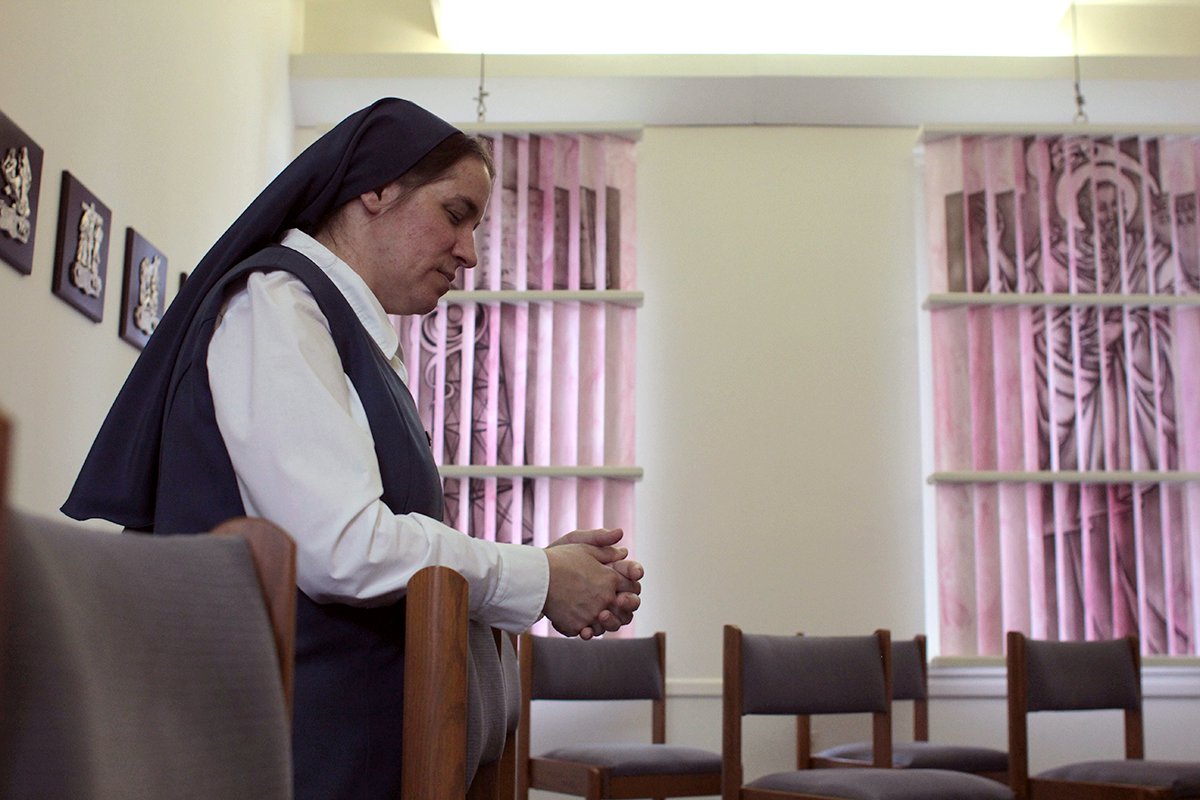 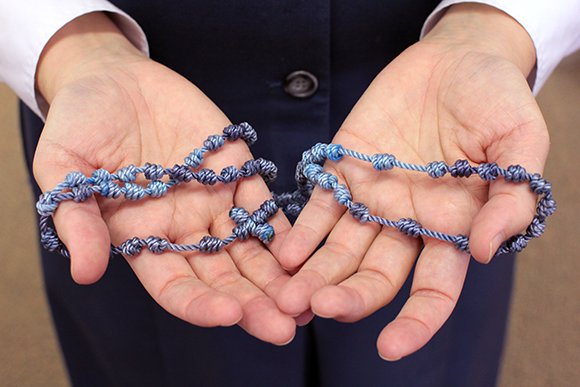 Sister Mary Jerome, along with the nuns of the Daughters of St. Paul, is always giving her rosaries away, but not before she prays on them.

“I pray for the people I’m going to meet that day,” Sister Mary said, “Many times I’ve had a rosary on me, and someone has come up to me to tell me a story.”

People have told Sister Mary about loved ones who have recently died, been hospitalized or diagnosed with cancer. Last time, a woman in New York approached Sister Mary, worried that she didn’t have a rosary to hang on her baby’s stroller. Sister Mary handed her rosary over.

“There was such a look of relief that she had something to hold onto that reminded her of God,” she said. “She knew it would bring grace to her child and bring protection.”

Eventually, Sister Mary fills her pocket with another rosary for the next person. 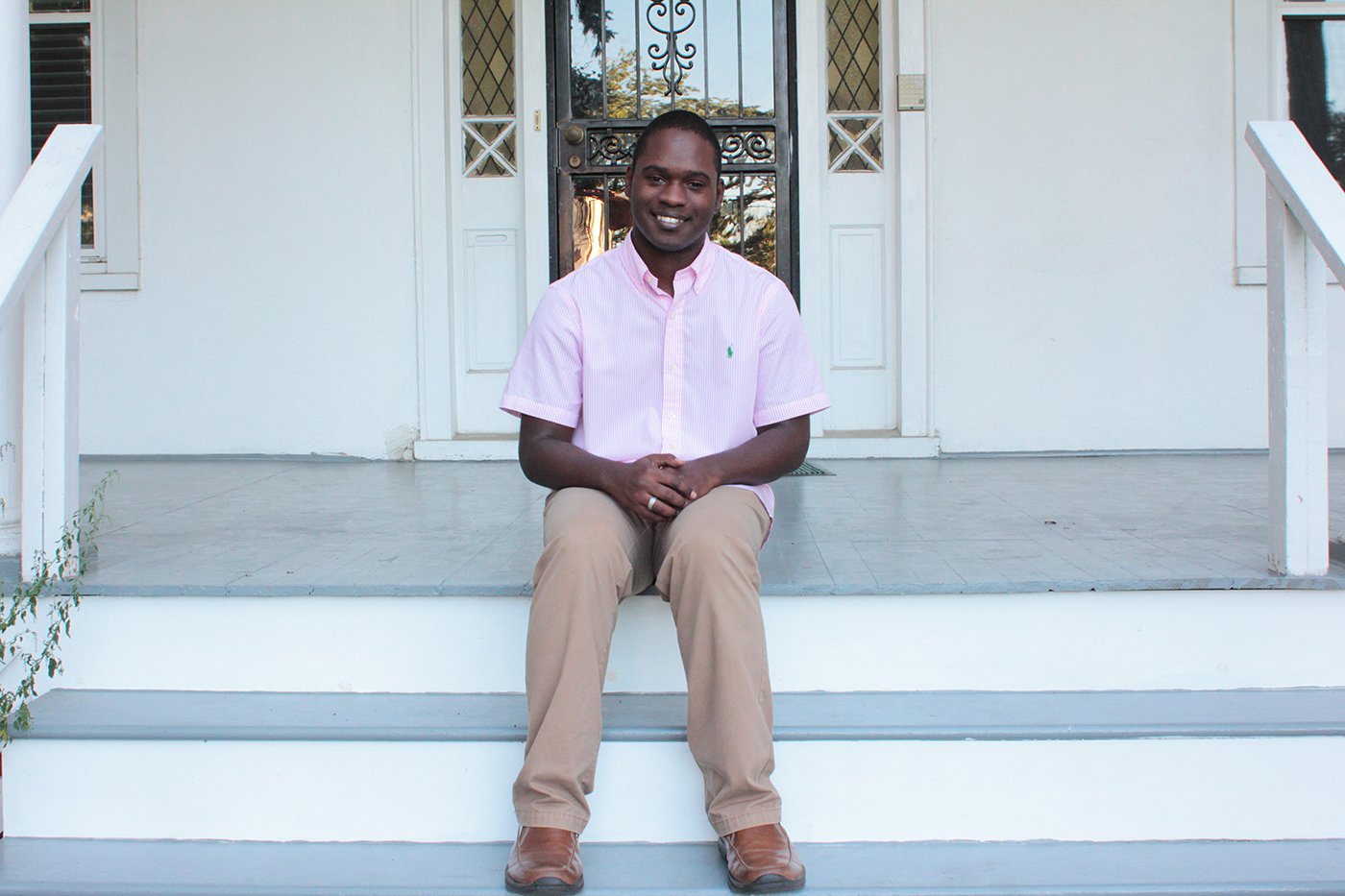 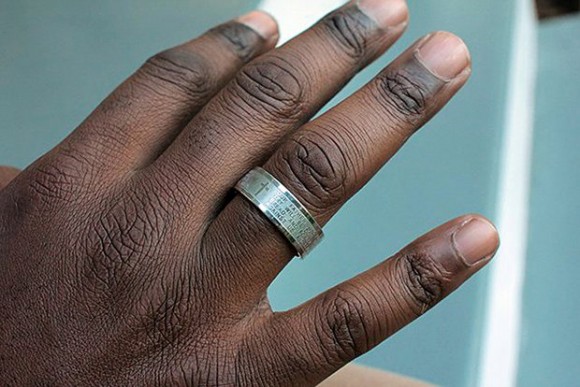 Maxey wears a silver ring engraved with the Lord’s Prayer on his right hand.

He said the ring was a way to proudly proclaim his Christianity “because, in America especially, sometimes showing your faith isn’t exactly the norm.”

“If people view you as religious or if you proclaim that you’re religious, whether that be Christian or Muslim or anything, they kind of have this jaded view of you,” he said.

In his sophomore year in college, Maxey purchased the ring for about $20 during a pilgrimage to Rome. Should he — or others — doubt his faith, Maxey said the ring serves as a reminder of why he is Christian. 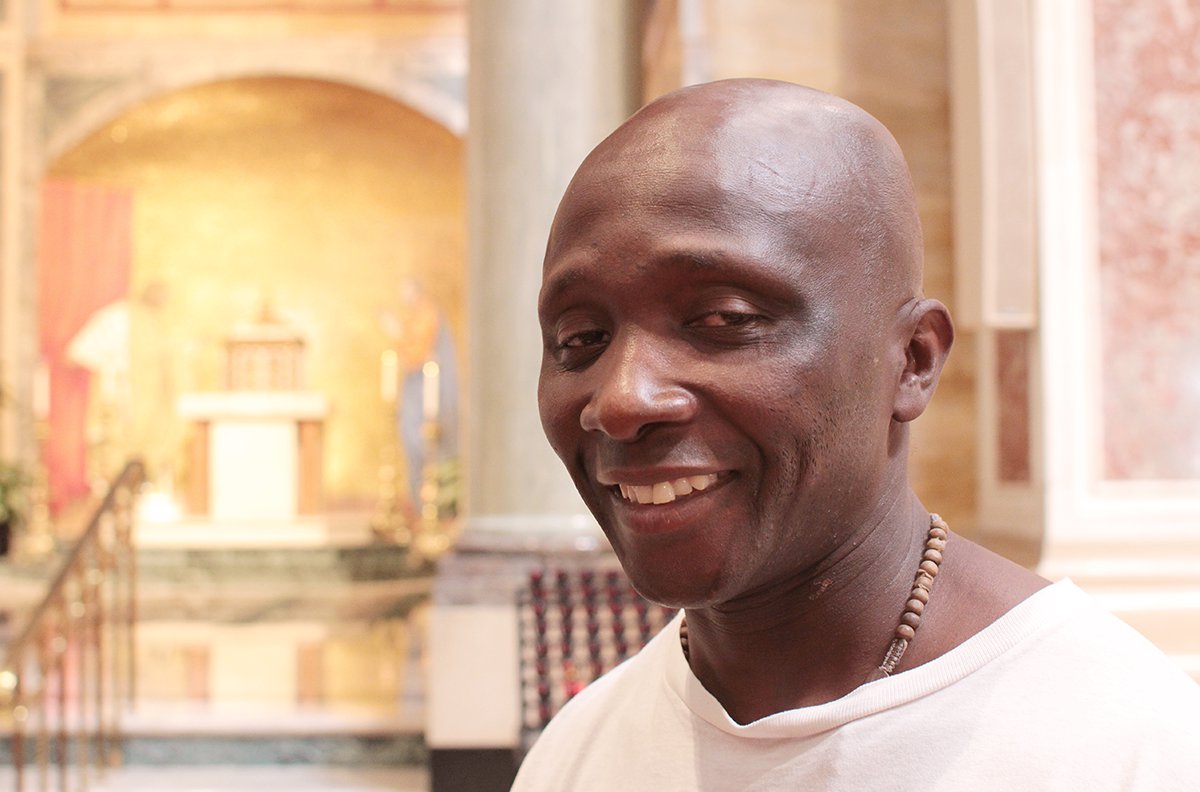 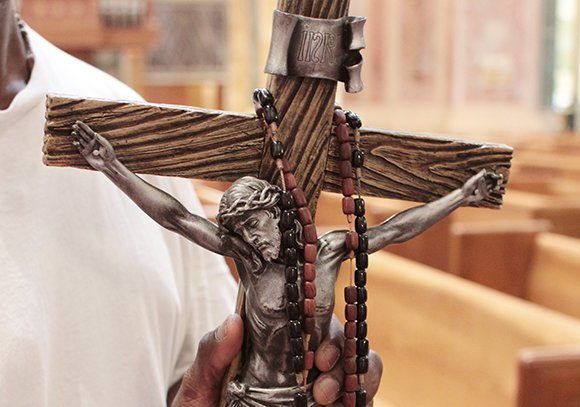 While sitting in the pews of a cathedral in Washington, D.C., Kwofie unwraps a nine-inch-long crucifix from a white plastic bag. Two rosaries are loosely wrapped around it.

Kwofie, who came to the U.S. from Ghana in 1988, said he saw the $40 oversized cross in a Christian store in Gaithersburg, Maryland. He wanted to put it on layaway, but the store engraved his name at the bottom and gave it to him instead.

“I’m a Catholic. I just have the cross. That’s it,” he said. “Everyone has their own cross.”

His just doesn’t fit in a pants pocket. 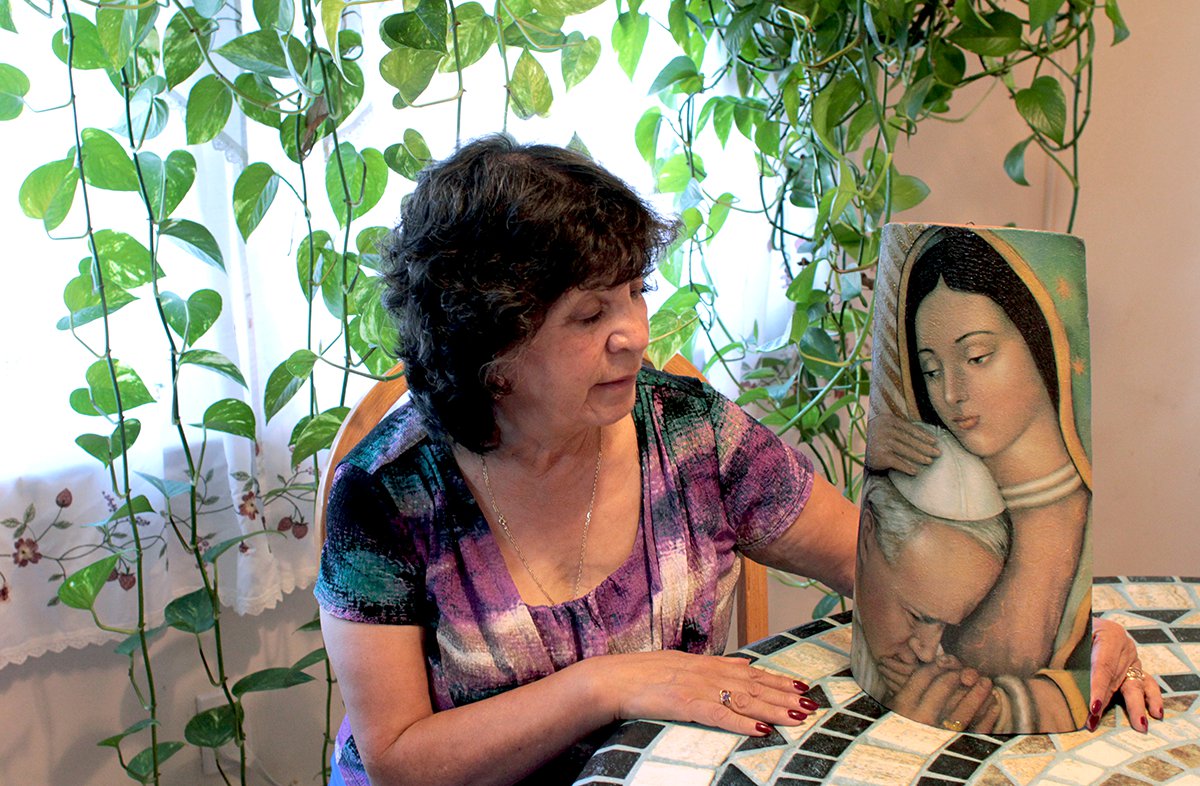 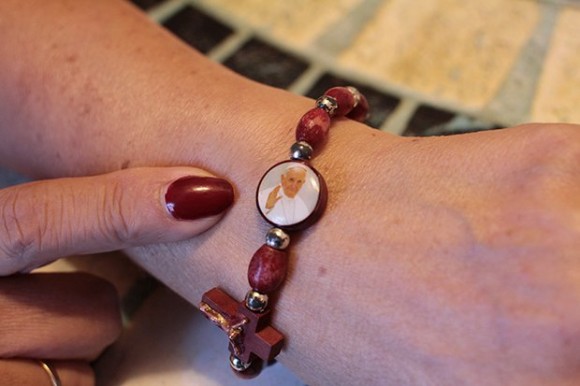 In a glass display is a hand-painted roofing shingle that depicts the Virgin Mary cradling Pope John Paul II, who died in 2005. Reyes said it was a gift from a friend more than seven years ago.

Reyes, who wears a bracelet that has the face of Pope Francis, said the spiritual father for all Catholics in the world needs prayers too.

“We have to pray for him and for his health,” she said. “We pray that we receive with the same open hands that he has for us.”

Reyes, who migrated from Bolivia more than 35 years ago, said she teared up when she learned Pope Francis was from Argentina. Pope Francis plans on speaking Spanish during Mass Wednesday in Washington, D.C.

“That’s the beauty of having someone that knows us well, who lives our culture, and knows the faith that his people have in Latin America,” she said. 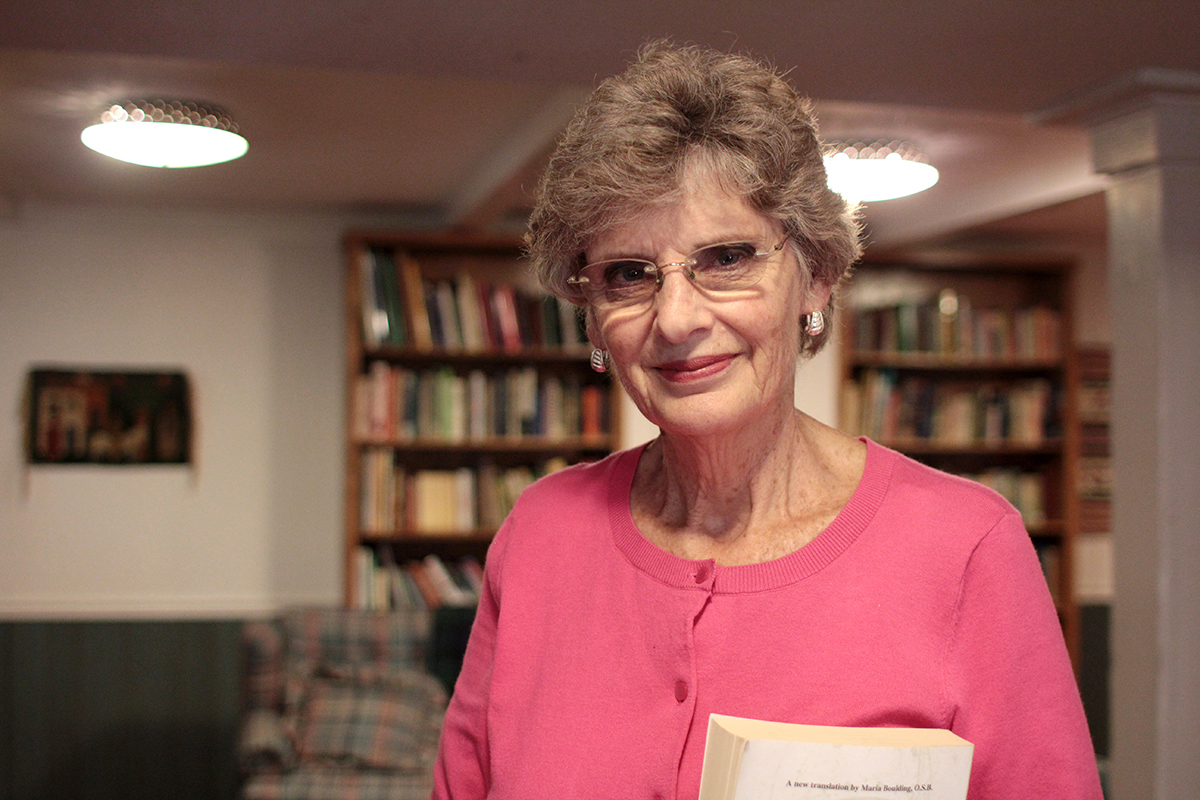 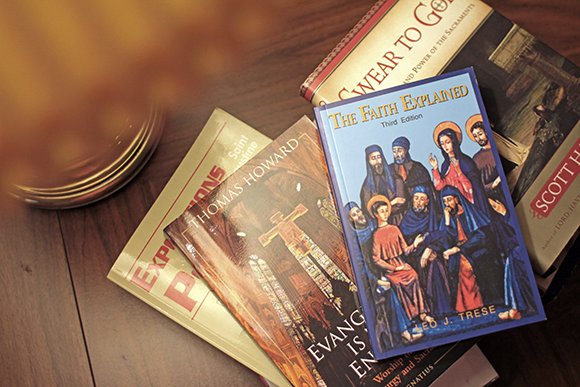 After being a Protestant for years, Said converted to Catholicism about eight years ago.

In the beginning, she bought many print books from theologians that explained the Catholic faith. As Said become more familiar with the teachings of the Catholic Church, Mass was a particular draw for her because “the beauty, the mystery, the holiness is much deeper.”

“All your senses are touched — the robes, the incense, the music — it’s different from the run-of-the-mill things,” she said.

For Said, her plunge headlong into Catholicism proved a more cohesive experience.

“[Catholicism] just brought things together much more,” she said. “You think of Swiss cheese with holes in it. It’s like these little holes were filled.”
Said now carries her library of Catholic books in her iPad, whose digital bookcase also makes room for several Agatha Christie novels. 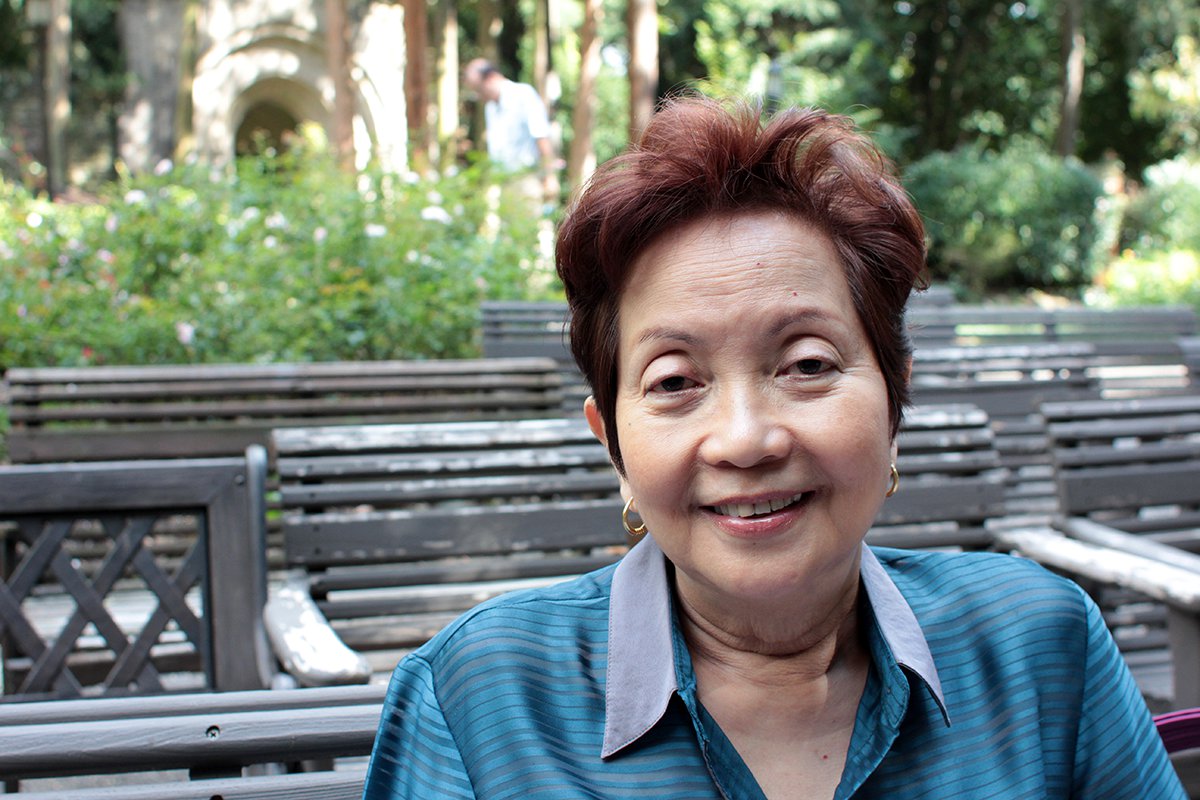 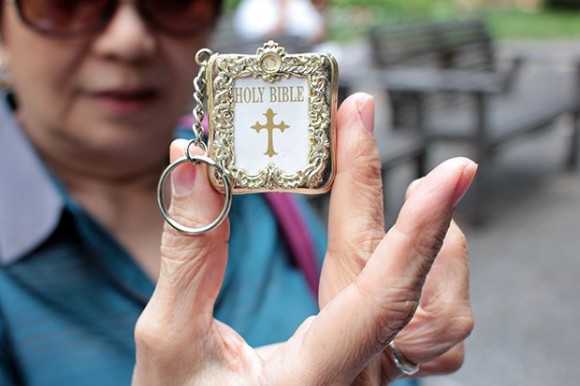 During a one-hour flight from Ilo Ilo, Phillippines, to Manila, de Leon received a “little blessing from God.”

After talking with an old Filipino nun on the plane, the sister gave de Leon the tiny Bible dangling from her neck. The nun said to put the Bible, small enough to require a magnifying glass to read it, under your pillow at night, “and answers will just come naturally,” de Leon remembers her saying.

But de Leon said the Bible, instead, stayed in her handbag because she feared she’d leave it under her pillow. 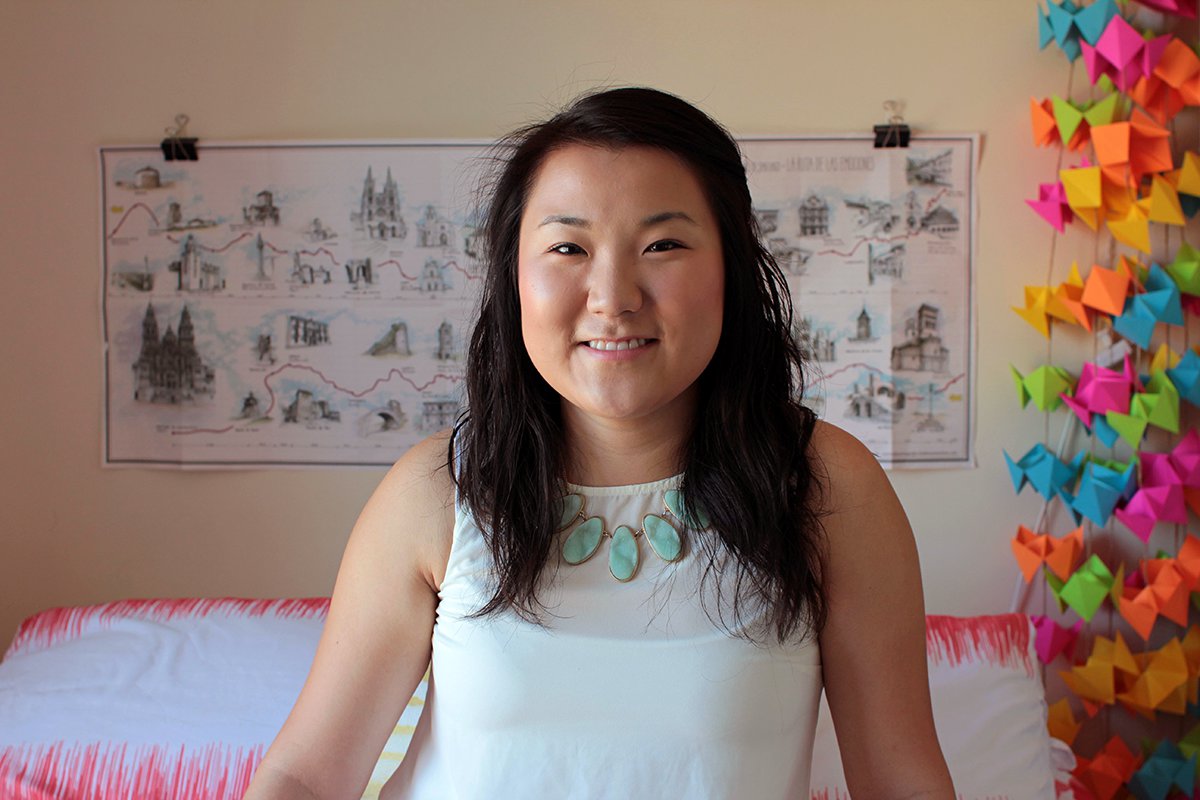 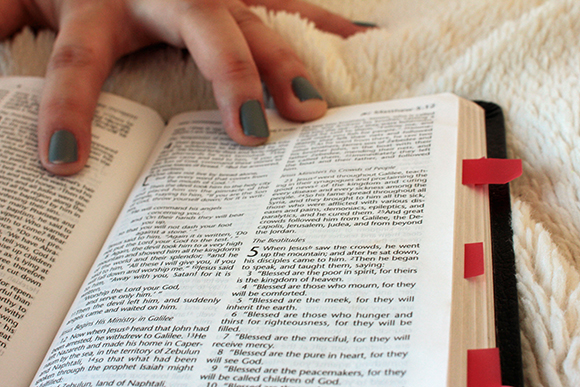 Cha leads a small women’s group at her parish. The focal point for the group is the Beatitudes, passages in the Bible that “spoke to us about what it means to be joyful, loving Christians,” she said.

Cha, who carries a travel-sized Bible, said Pope Francis also “made such a good impression on the public” that it has improved the perceived image of the church and its followers.

Now, conversations about her faith have softened with people not involved with the church, she said.

“I think talking about my faith has changed a little bit because of him,” she said. “Before, when people talked about it, I had to be on defense. I felt attacked, like I had to defend my faith and who I am as a Christian.”