WASHINGTON — A toddler dressed like the pope and pushed along in a popemobile got the top prize at President Barack Obama’s White House Halloween.

Upon seeing the costume, Obama turned to the news media and declared “top prize.” 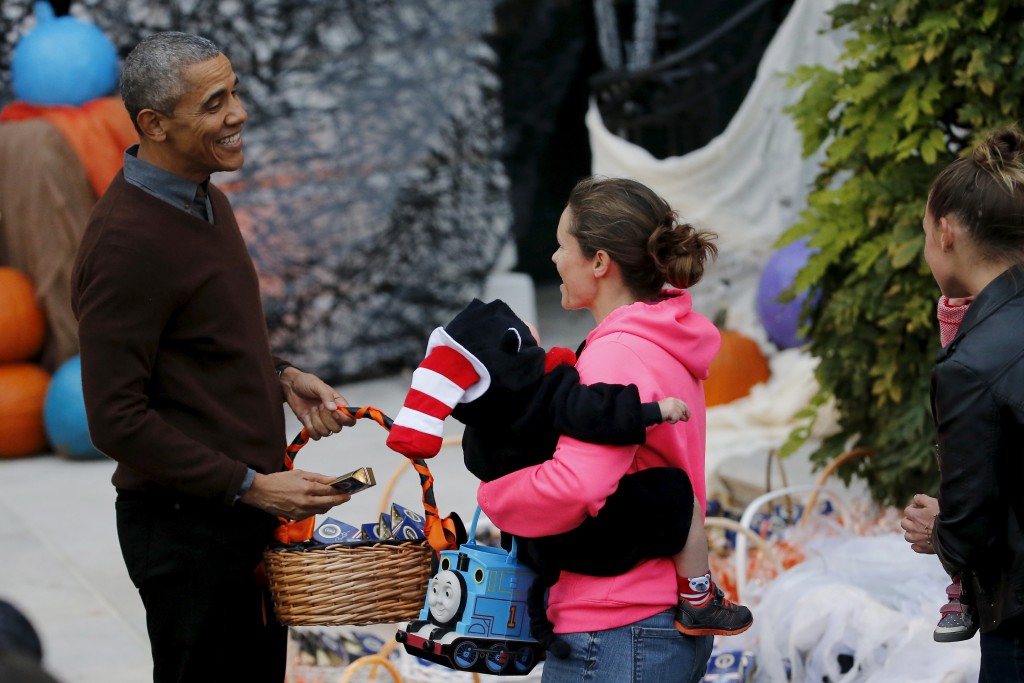 President Obama smiles at a baby cat in the hat during the White House Halloween. REUTERS/Carlos Barria

The boy was among hundreds of local schoolchildren and children from military families who came trick or treating at the White House on Friday dressed as caped crusaders, furry creatures, princesses and other figures. At least one girl dressed as the first lady. Halloween is Saturday. 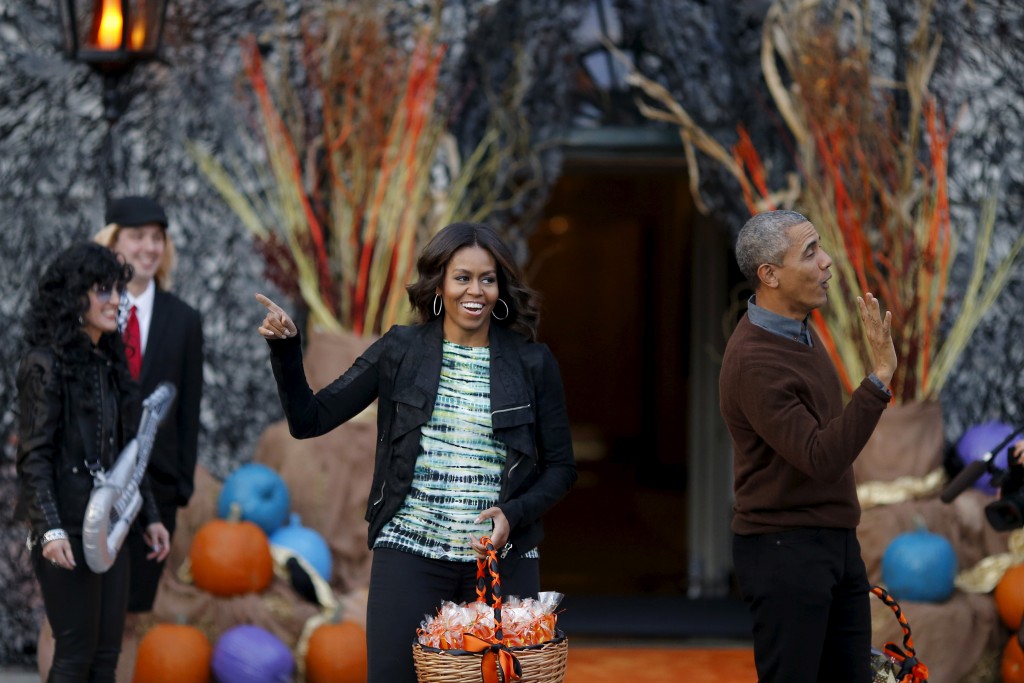 The South Lawn was turned into an enchanted forest for the annual event.

Obama and his wife, Michelle, appeared as themselves and handed out White House Halloween Cookies and M&Ms, fruit bars, kettle corn, candies and baseball cards featuring their dogs Bo and Sunny.

Left: The toddler dressed as the Pope and riding in a mini popemobile was one of many local children and children of military families who gathered at the White House for a Halloween celebration. REUTERS/Carlos Barria