What’s it like inside one of Colorado’s largest pot dispensaries?

Marijuana is a pungent plant.

After Colorado legalized recreational marijuana in January, cannabis growers and retailers who had previously only sold medical marijuana began to move into the recreational business. To learn more about how the industry is growing, NewsHour Weekend traveled to Denver.

My crew and I had a first-hand olfactory buzz when we toured one of the largest cannabis grow and retail facilities in Denver. As we learned, the smell of the leaves and buds is stronger than when pot is burned.

The tour took us through all stages of pot: from baby buds to pre-rolled joints.

We started in an airy warehouse where workers mixed soil and nutrients in a large wooden box next to rows of matured marijuana plants. Tiny leaves were cut from the “mother” and then potted into small cubes of soil; the process is called cloning. 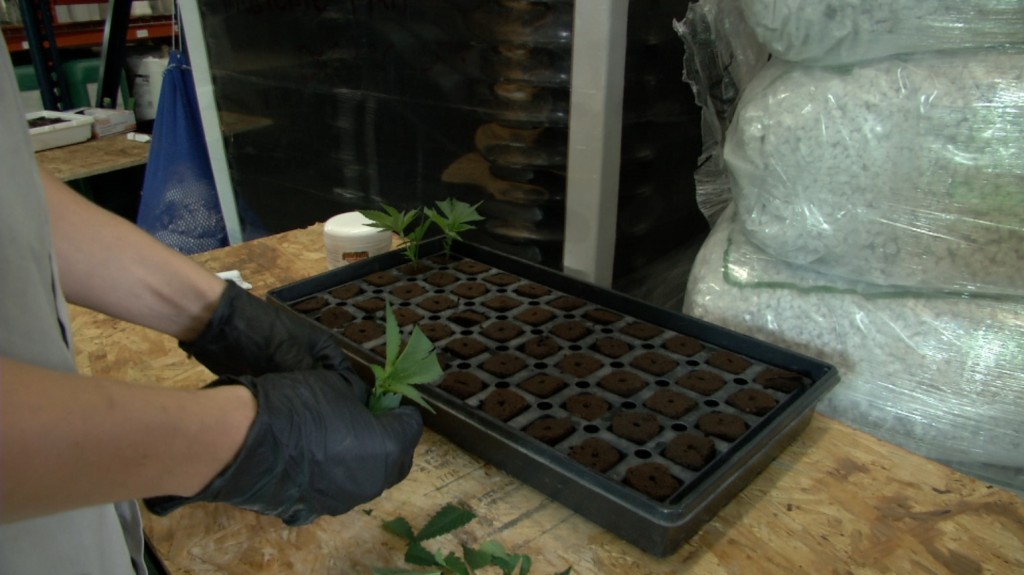 Colorado law requires that marijuana be grown only indoors, so as the plants grow taller and fuller, they’re transferred to various rooms outfitted with industrial-sized ventilation systems and bright lights. 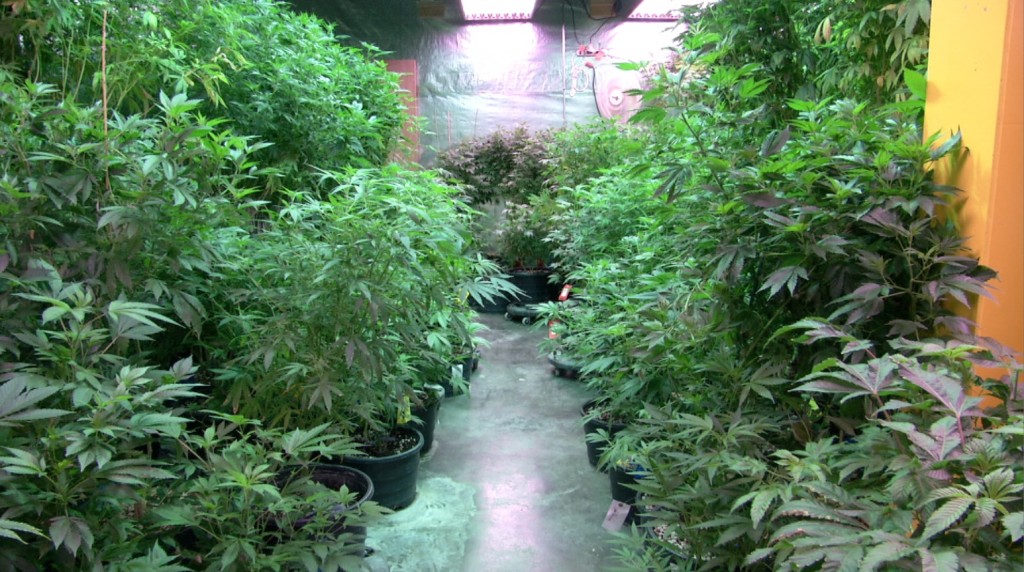 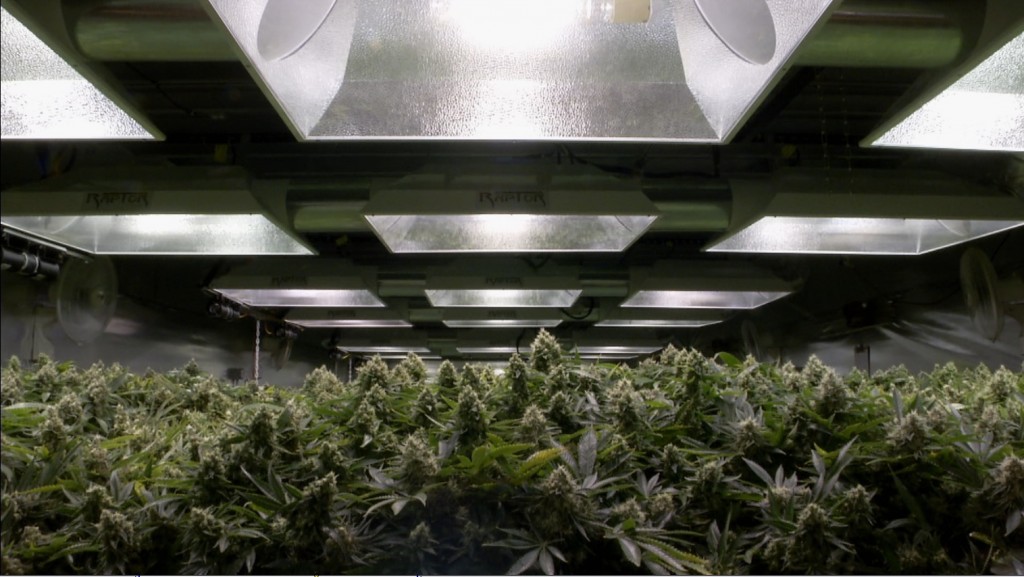 The lights are set to imitate natural light at various hours of the day, which casts hues of green on the leaves that look unreal. 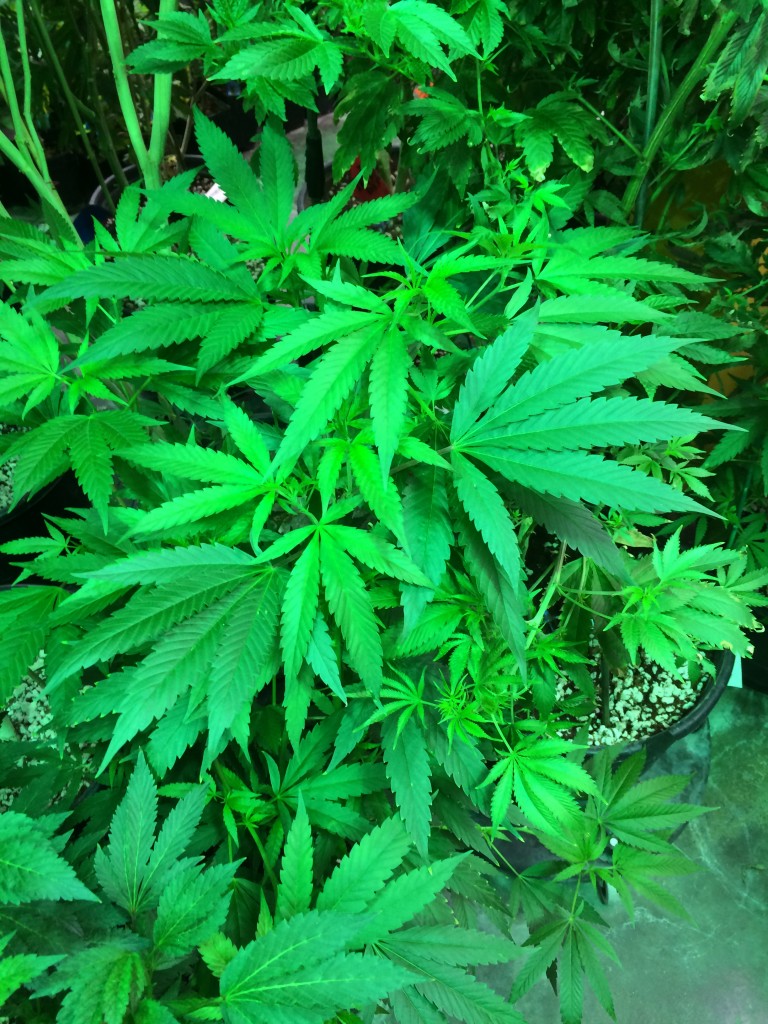 Stacks of stems with full buds cluttered a long table lined with workers. Their fingers moved quickly as they trimmed leaves off the branches. 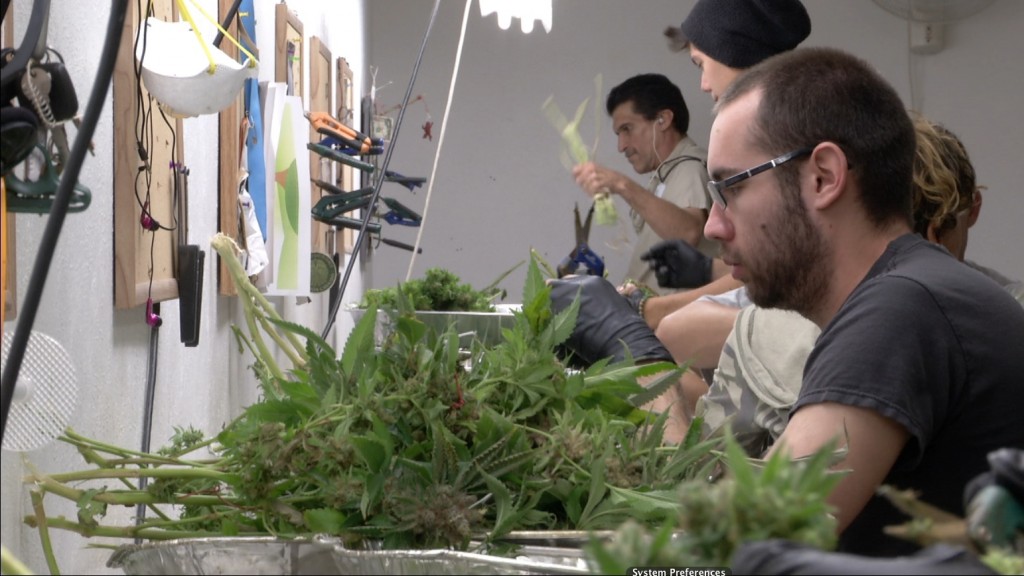 At this point in the tour, the smell of the buds was faint and only recognizable if you leaned in close to smell. But that quickly changed when we entered the cure room where rows and rows of branches heavy with buds were hung up to dry.

The overwhelming odor of pot hit us like a wall. 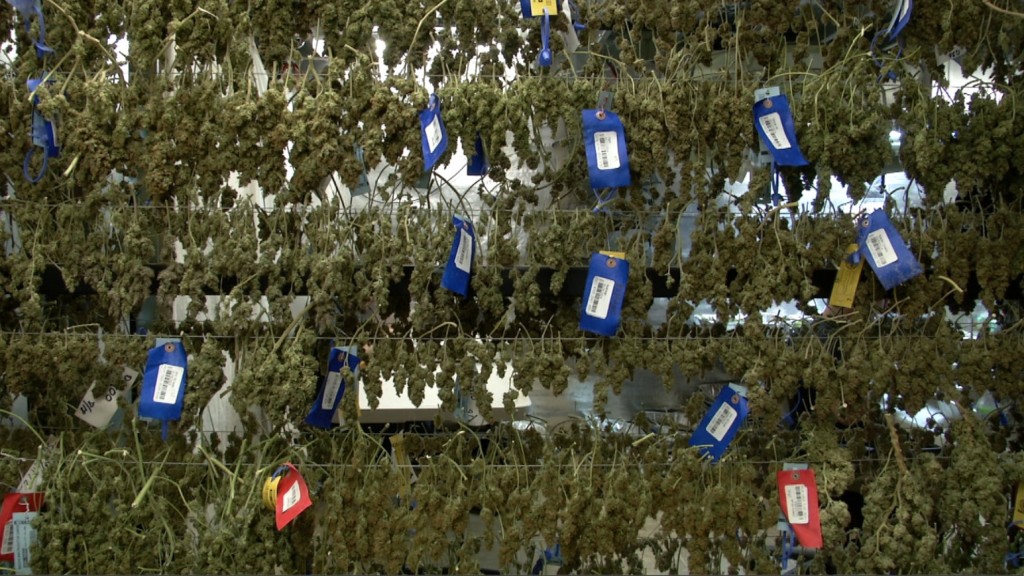 Rows of marijuana branches heavy with buds hang in the cure room at Medicine Man in Denver and emit a strong odor. Credit: Hannah Yi/NewsHour Weekend

Here, workers nimbly cleaned and picked off the remaining leaves from the dried buds. These are stored in large air-tight bins, and some are cured with flavors, like sour cherry, a crowd-favorite, which smells tangy and sweet. 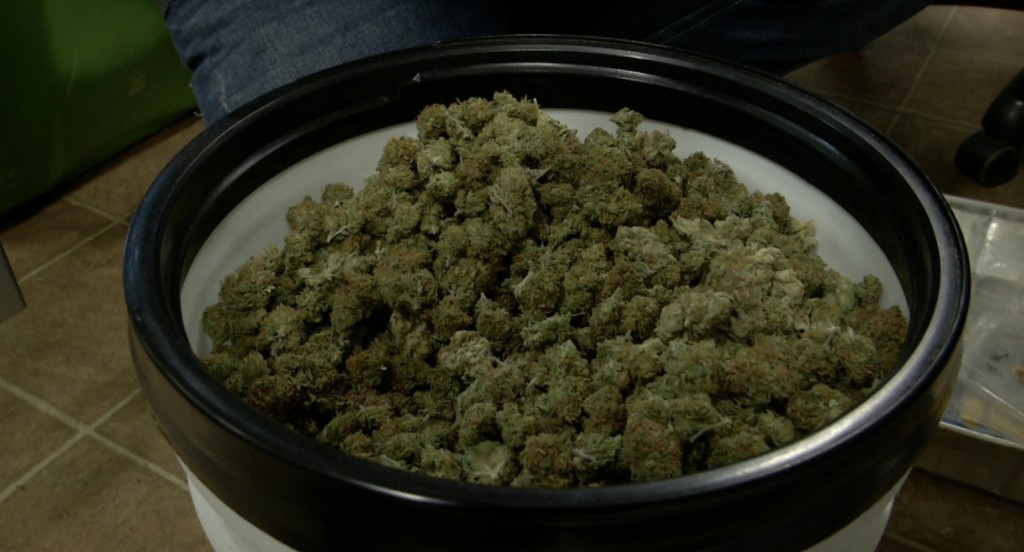 Buds of marijuana are stored in air-tight containers at Medicine Man in Denver before they’re packaged and sold. Credit: Hannah Yi/NewsHour Weekend

After the tour we headed to the car. When we unzipped our jackets and opened our cameras bags, a huge dose of the marijuana smell hit our faces. Everything was saturated with the smell of pot.

None of us felt the buzz, but we were definitely hungry.

Watch the full broadcast report on the thriving black market of the marijuana industry in Colorado below: