Puerto Rico hurricane victims still need help. Here’s what you can do

Puerto Rico is preparing for a new hurricane season, but the island is still feeling the effects of its last one.

A recent study in the New England Journal of Medicine estimated that there were 4,600 more deaths in Puerto Rico in the three months following Hurricane Maria than in the same period the previous year. That figure is at least 70 times greater than the official death count of 64.

The news comes as the U.S. Army Corps of Engineers ends its contract to rebuild Puerto Rico’s power lines, which were almost entirely destroyed by the Category 5 storm. Puerto Rico says 99 percent of the island is back on the electrical grid, but more than 13,000 Puerto Ricans remain without power, according to CNN. Earlier this month, the Federal Emergency Management Agency announced that the island’s state-owned power authority, PREPA, will oversee the remaining work on the electrical infrastructure.

FEMA also announced last week it had awarded more than $194 million in public assistance grants to Puerto Rico for recovery efforts related to last year’s devastating storm. To date, the agency says it has awarded about $2.2 billion in total funding to the island for debris removal and emergency protective measures.

Despite relief efforts associated with Hurricane Maria, Puerto Ricans told The New York Times that they’re now worried about the upcoming hurricane season, which starts in June. A crucial concern is whether Puerto Rico’s power grid can withstand even a minor storm, the Times reported. Sarah Varney of Kaiser Health News told the PBS NewsHour that locals remain skittish about the power grid’s frailty. Last month, two island-wide blackouts knocked out power to 840,000 people. The first happened after a tree fell on a power line. The second happened after an excavator hit another power line while trying to remove a fallen transmission tower.

As Puerto Ricans struggle to recover, here are some of the campaigns still offering support, and how you can help: 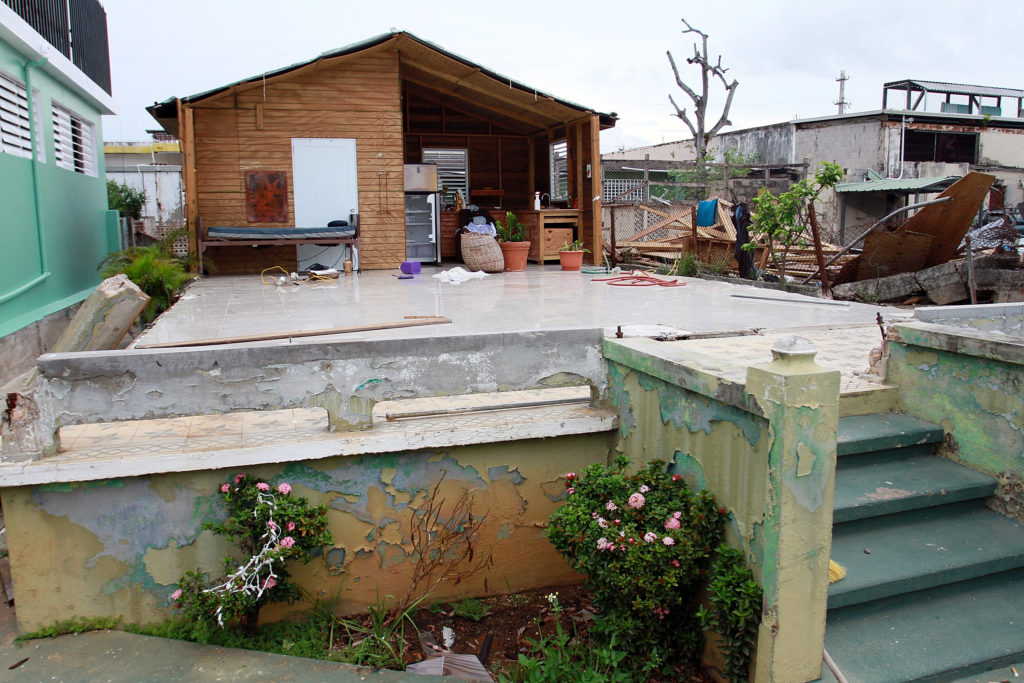 A view of a house damaged by Hurricane Maria is seen Nov. 7 in Vega Alta, Puerto Rico. Photo by Gladys Vega/Getty Images.