Christopher Cuevas knew what he wanted to say as he approached the First United Methodist Church of Orlando on June 6, nearly a year after a horrific shooting at the popular gay nightclub Pulse in Orlando.

Cuevas planned to speak at the meeting of ministers, LGBTQ people and other residents gathered at the church to remember the victims of the shooting. He was nervous as he prepared to tell the crowd about grappling with his Catholic upbringing as a young queer person.

But when he told his story, he said he felt “warmly received” by the mix of people who had come together to heal in the year afterward, in what LGBTQ advocates and faith leaders alike call a shift in their relationships. Now they say the last year has brought new dialogue between them, just one of the ways the community has changed in the wake of the tragedy.

“I was very honest and raw about my experience,” Cuevas said of his speech at the event. “I think for many of the people in attendance, it was an eye-opening experience to them. They may not have ever really seen it from the perspective of a queer trans person.” 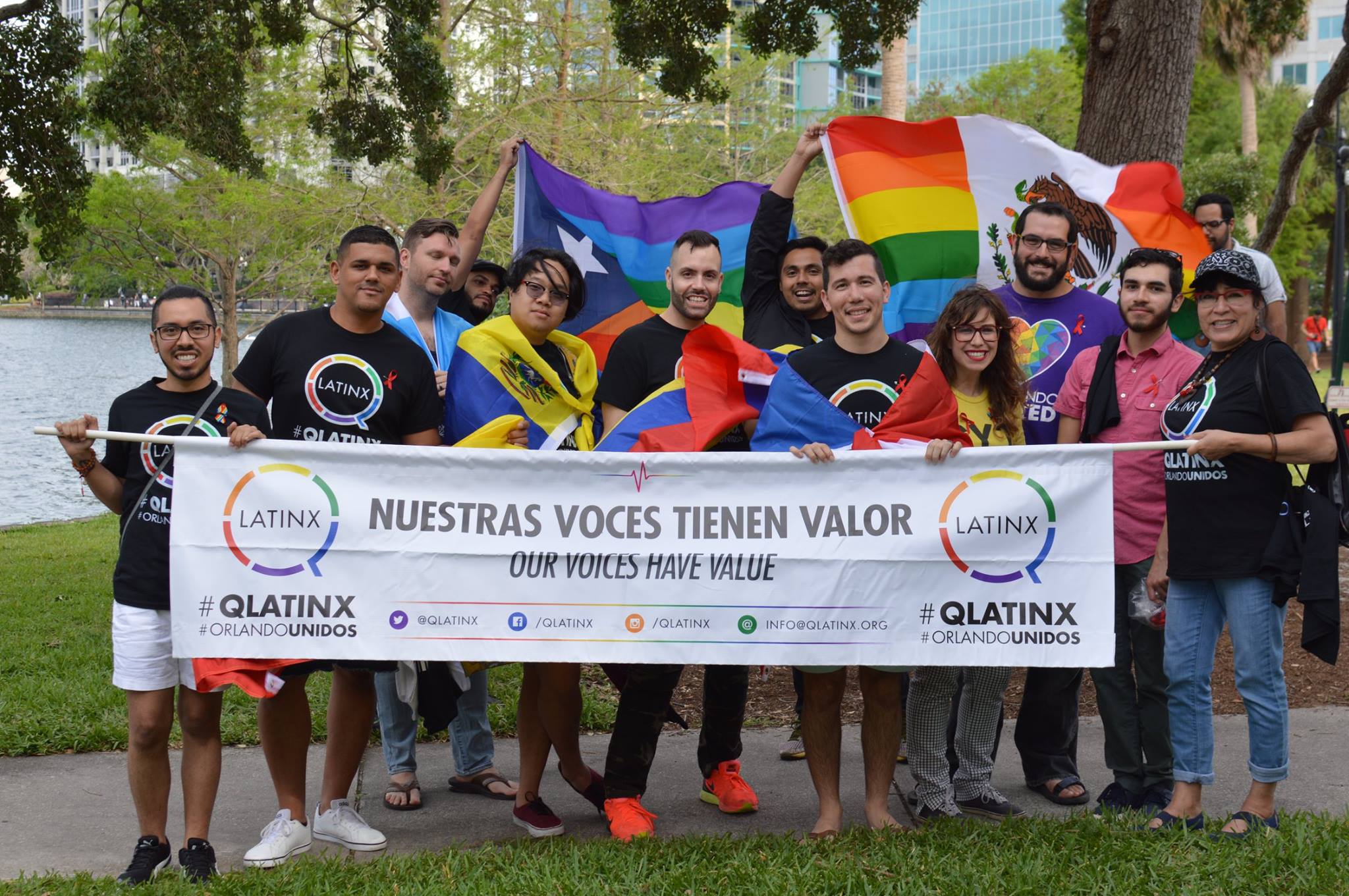 Pulse ‘forced us to think as a spiritual community’

It has been a year since that night, when a lone gunman began firing on a mass of party-goers at Pulse during a Latin-themed event.

For the next three hours, Omar Mateen, armed with a semi-automatic rifle and a pistol, kept the authorities at bay, spreading bloodshed throughout an establishment that many LGBTQ people of color described as a safe haven, a place to turn for comfort and support. At about 5:14 a.m., police barreled through a wall of a bathroom in the club, fatally shooting Mateen in an eruption of gunfire. The attack was the largest mass shooting in American history.

In the following days, the community rallied to support the survivors and victims: raising millions of dollars on GoFundMe, mobilizing to improve access to mental health services in Florida and making a strong push to stop bullying against LGBTQ kids in school.

“I wanted to search my heart to see if I had, in any way, been complicit in that kind of prejudice, even violence.” — Rev. Dr. Joel Hunter of Northland Church

Meanwhile, Christian faith leaders in the area wrestled with their own relationships with the LGBTQ community. Bishop Robert Lynch of the Catholic diocese in St. Petersburg, Florida, said in a blog post after the shooting that religious rhetoric can marginalize LGBTQ people.

“Sadly, it is religion, including our own, which targets, mostly verbally, and also often breeds contempt for gays, lesbians and transgender people,” Lynch wrote, according to Reuters.

Some faith leaders say the shooting galvanized them to form closer connections with LGBTQ people. After the shooting, “We [saw] a lot of churches and communities of faith take action to learn about the LGBTQ community,” said Hannah Willard, the public policy director for advocacy group Equality Florida.

Pastor James Coffin, the executive director of the Interfaith Council of Central Florida, helped coordinate religious counselors in the days following the shooting. Three days after it happened, the council held an interfaith prayer service that included a broad cross-section of beliefs.

The massacre “really forced us to think as a spiritual community in ways that many hadn’t thought before. There was a more deliberate and specific reaching out to the LGBTQ community,” he said. 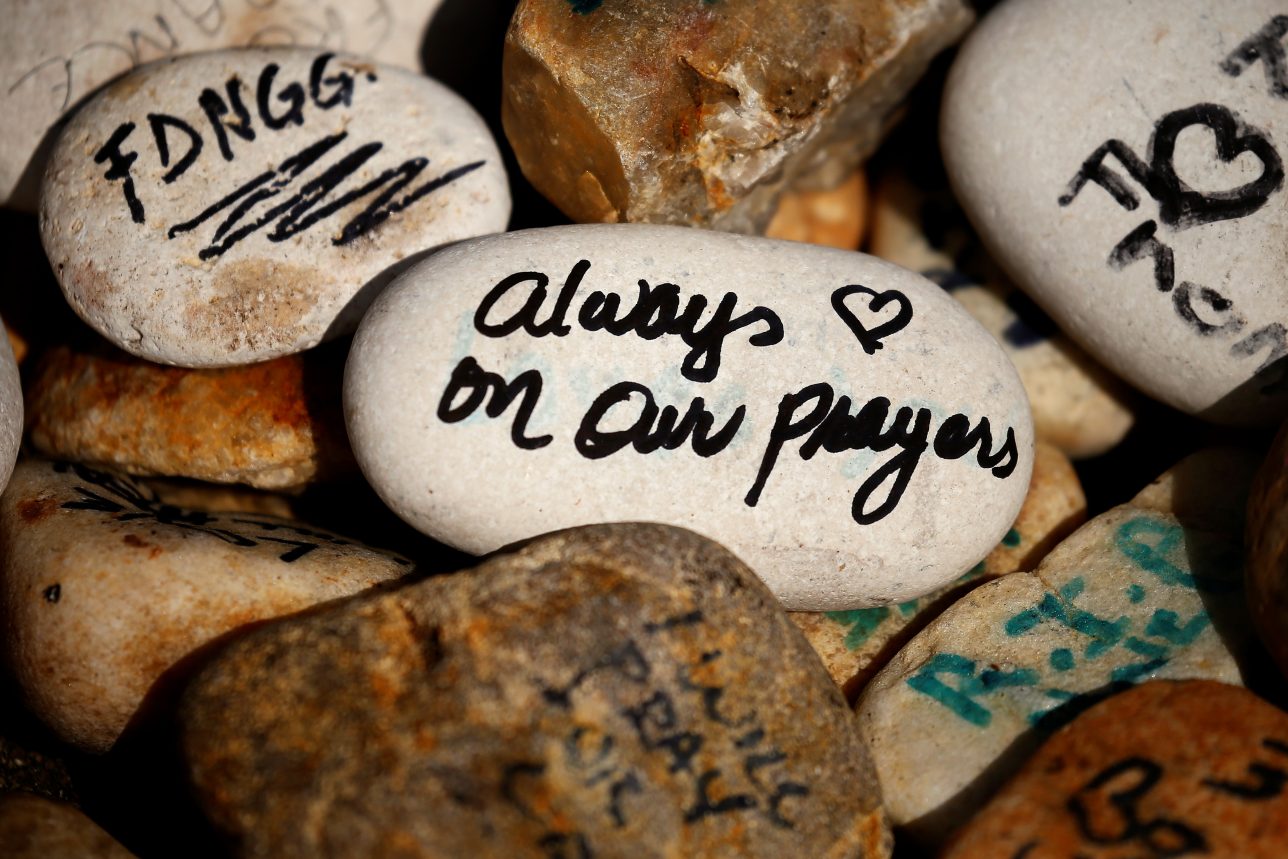 Rocks are printed with words of encouragement outside the Pulse night club following the shootings earlier this year in Orlando, Florida, U.S., September 17, 2016. Photo by Carlo Allegri/Reuters

Rev. Dr. Joel Hunter of Northland Church in Orlando said he had not reached out to LGBTQ people prior to the shooting. “[I] wouldn’t have done it to this day, had it not been for Pulse,” he said.

The shooting completely changed his awareness of LGBTQ issues, he said. “I personally went on this quest to build relationships and get to know more about that community. I didn’t realize how vulnerable they were,” he said.

On May 18, Hunter’s church hosted a forum with The Reformation Project, which advocates for the inclusion of LGBTQ people in Christian organizations. About 800 people attended the discussion. After that event, “I wanted to search my heart to see if I had, in any way, been complicit in that kind of prejudice, even violence,” he said.

Hunter said he has received pushback from critics who accused him of “heresy” for engaging in dialogue with LGBTQ groups. But the point of the event was not to argue church doctrine, it was to build relationships, he said.

Florida Rep. Carlos Guillermo Smith said engagement from faith-based groups has not been limited to Christians in Orlando. In the hours after the shooting by Mateen, who pledged allegiance to the Islamic State, Muslim organizations from across the country condemned the attack and called on Muslims to respond with support and prayer.

Linda Sarsour, a leading activist for Muslim equality and former executive director of the Arab American Association of New York, wrote on Facebook that Muslims and LGBTQ people have both faced discrimination and have worked together to oppose it.

“We will not be divided. We have worked too hard for too long together. Both of our communities value civil rights, compassion, respect & dignity for all people,” she wrote.

Smith said those bonds also exist in Orlando. “On June 12, when many of us stood together in solidarity — and I’m talking about LGBTQ leaders and local Islamic leaders — it wasn’t the first time that we met each other,” Smith said. “And a year later, they [are] continuing to do things to support the healing in the Orlando community because we know that that’s a true reflection of the values of Islam.”

Coffin, of the Interfaith Council, said not all religious leaders in the area have sought closer ties with the LGBTQ community, and that the recent shift “doesn’t mean all problems are past. That doesn’t mean there is no prejudice and that everyone is accepting and compassionate,” he said. “But it has turned a corner, I think.”

‘Every day is a different kind of struggle’

As those conversations continue, survivors are still contending with what they saw on June 12 last year. Patience Carter, a New York University student, was on vacation in Florida when she went to Pulse with two of her friends, Tiara Parker and Akyra Murray.

After a night of dancing, as they were preparing to leave the club, Mateen opened fire, and the the three friends ended up trapped in a bathroom with the shooter for the next several hours.

“He walks in, you could hear his footsteps, and then he starts shooting into our bathroom,” Carter told the NewsHour Weekend. “He started shooting nonstop, like honestly nonstop. It was at a point where we were squirming and scrambling on the floor, begging him to stop shooting, because honestly people are getting shot at this point, and you can just feel wall fragments bouncing against your leg.”

By the end of the night all three had been shot. Murray, 18, who was waiting to start college on a basketball scholarship, became the youngest victim of the rampage.

Carter, who was shot in both legs, spent months recovering from her physical injuries.

“I remember just having the hardest time just balancing on crutches to move myself a few steps, and now I’m speed walking down New York streets again,” she said in an interview with the NewsHour last week. “And emotionally … every day is a different kind of struggle.”

Barbara Poma, the owner of Pulse, told the NewsHour last week that she is working with the LGBTQ community, victims’ families, and survivors to turn the now-shuttered club into a museum through the newly created onePulse Foundation.

“For me it was a matter of being respectful of our 49 families and making sure that the people whose lives were taken would be memorialized in a way that would never be forgotten,” she said. “We need to make sure, not only us, but the whole country and the world remembers that moment.”

Poma said she will spend much of June 12 outside of Pulse, where thousands are expected to attend a vigil.

READ NEXT: Latinos reveal struggles of being LGBTQ in wake of Orlando shooting

And just as before — as survivors continue to recover and friends and families mourn — members of the LGBTQ Latino community have turned to each other for support.

After the shooting, Cuevas helped to form QLatinx, a support group for queer and trans people of color affected by the shooting. As QLatinx grew from a few people to several dozen, “It became particularly important that we create space for our community to be together with the loss of this space and the devastating impact this had on the fabric of our community,” Cuevas said.

Though they began as a space to share personal experiences, Cuevas said that QLatinx meetings have focused lately on broader issues of racial and gender equity.

Beyond the one-year anniversary, discussing those issues and ways to take action are important to help the community heal, he said. “Healing is not just about healing emotional trauma,” he said. “It’s also about healing from systemic trauma.”

Left: A woman places a photograph of one of the victims in the shooting at the Pulse gay nightclub, on a memorial during an Interfaith Service at First United Methodist Church in Orlando, Florida, June 14, 2016. Photo by Jim Young/Reuters