Quiz: how well do you know the shutdown? 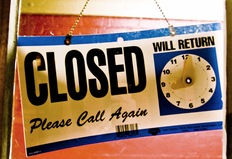 The possible (and now actual) shutdown of the U.S. government has been making headlines for days. While we don’t know how long the shutdown will last, we do know some of the facts and figures surrounding the current “interruption” and some of the famous closures of the past.

Rather than write up an explainer, we thought we’d post some of the shutdown tidbits to you as a quiz. How well do you know the shutdown? Share your score with us and let us know what good stumpers we missed.

Pew Research Center: How much might a government shutdown cost? Plenty, history says