In the year following the death of Michael Brown, America has seen its share of racial disquiet. The Aug. 9, 2014, shooting death of the black teenager at the hands of a white police officer in Ferguson, Missouri, sparked weeks of protest, and drew attention to a brand new civil rights campaign for the modern era: Black Lives Matter.

The organization, and the phrase itself, has been the center of controversy and tension since it gained nationwide attention last year. Candidates on the 2016 presidential campaign have stumbled while trying to find the perfect pitch in addressing its significance.

On the evening of June 17, 2015, America once again was forced to confront racial tensions with the mass shooting at Emanuel African Methodist Episcopal Church in downtown Charleston, South Carolina, nearly a year after Brown’s death.

It is with this backdrop that PBS NewsHour and Marist College’s Institute for Public Opinion conducted a survey of Americans that illustrates the contrast in opinions along racial lines about the opportunities available today for African Americans. [View the complete poll results and methodology here.] 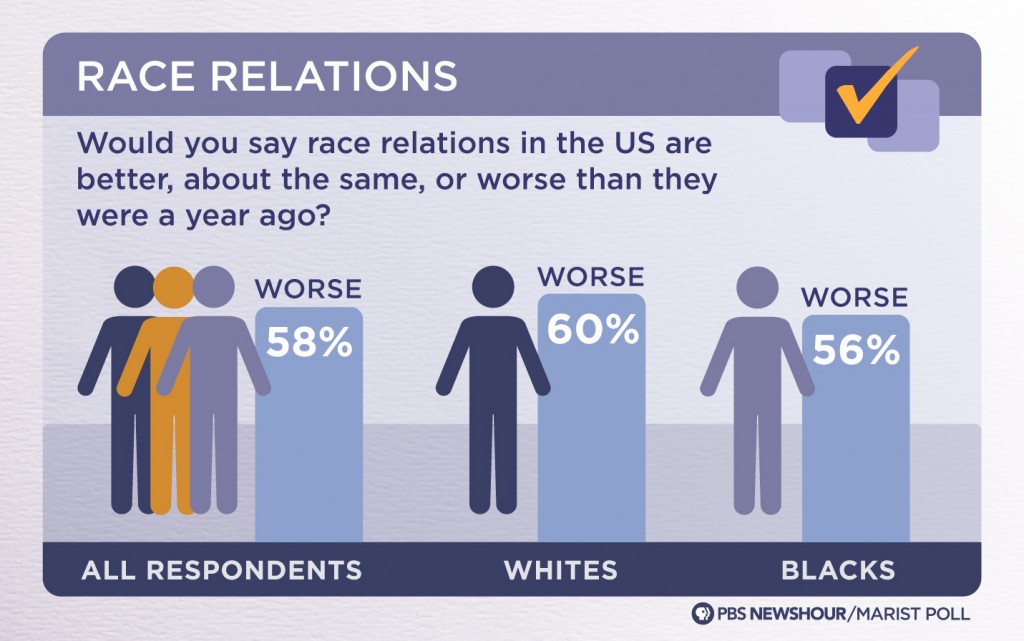 The results point to a large difference on attitudes on opportunity and race relations among white and black Americans. Some of the results include:

On the topic of whether African Americans and whites have the same opportunity in getting a job, 76 percent of African-Americans said they do not, while 52 percent of whites said they did. 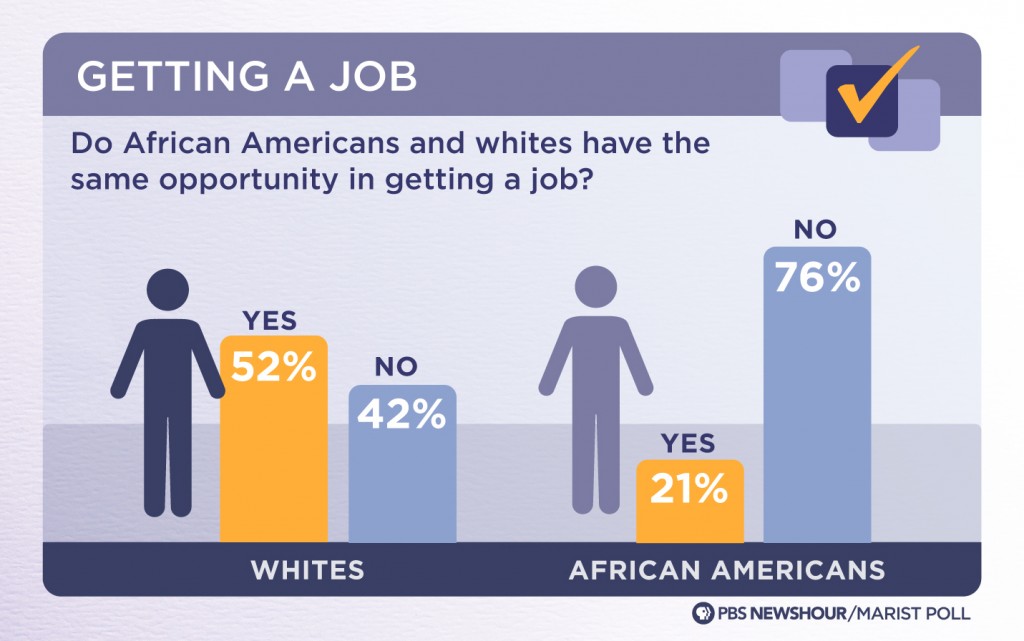 On whether African Americans and whites have the same opportunity in equal justice, 87 percent of African-Americans said they do not, while 50 percent of whites said they did. 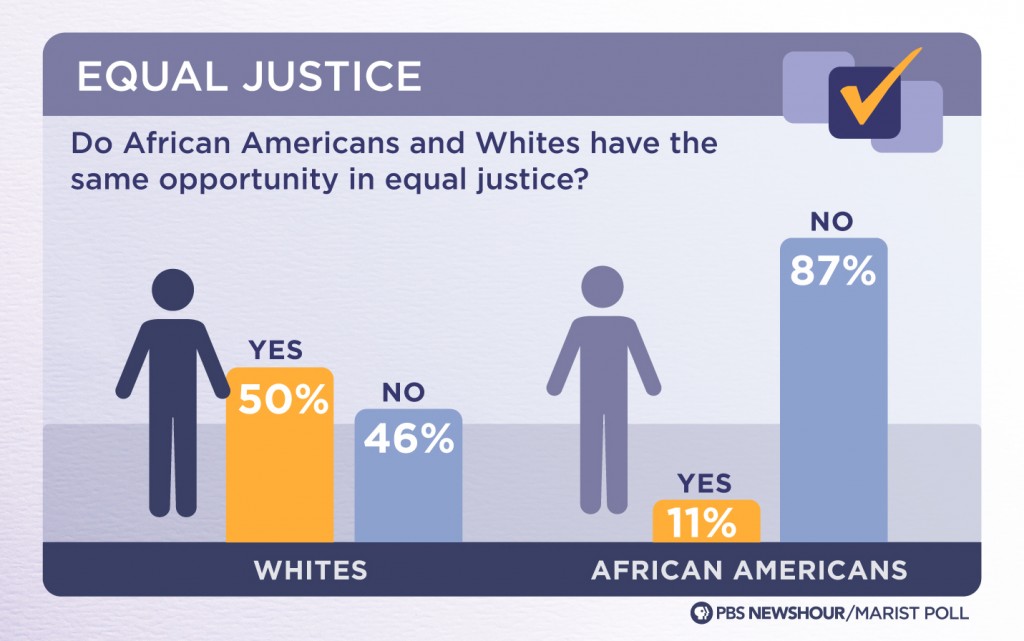 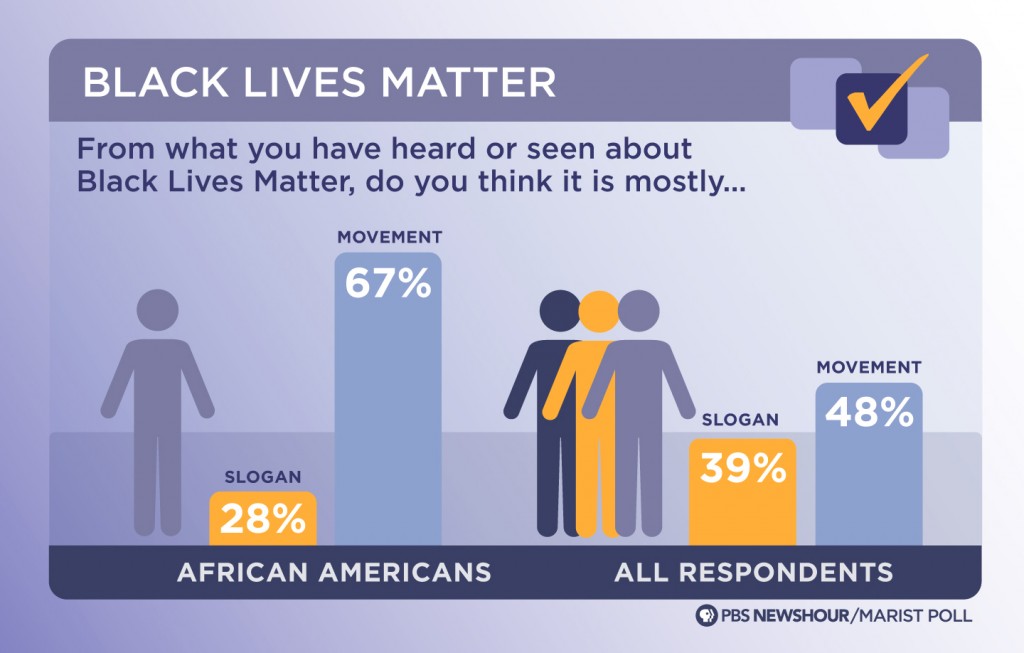 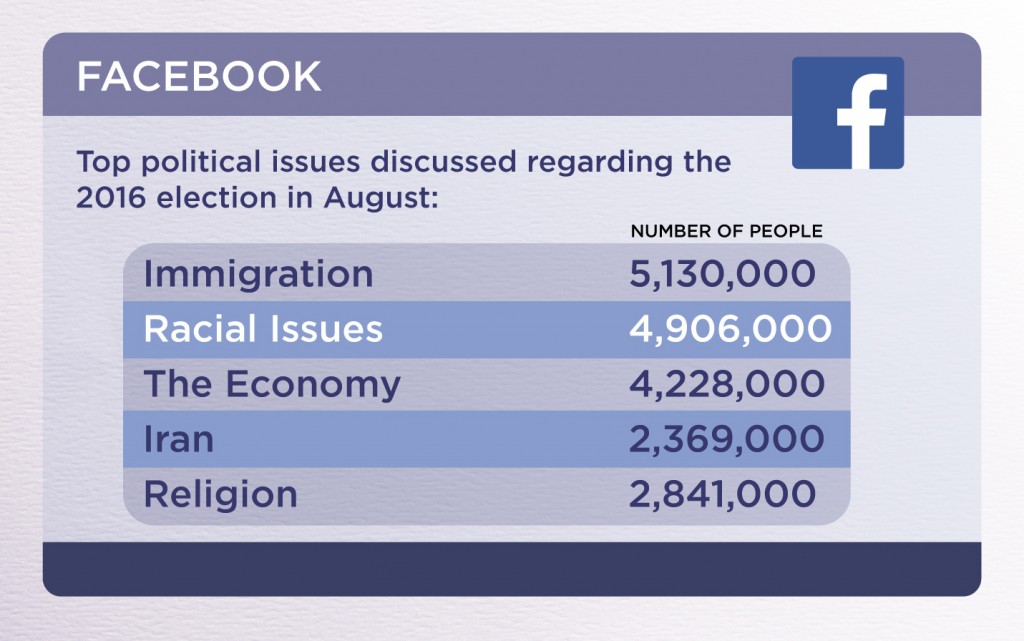 On Monday, these topics and more will be discussed during the special “America After Charleston,” a discussion that was taped just blocks from the site of the Charleston shootings, at the Circular Congregational Church. The special will be broadcast on PBS Monday, Sept. 21.

Correction: The graphic title “Black Lives Matter” has been updated with the correct data.

Left: People hold hands during a rally lead by faith leaders in front of city hall calling for justice in response to the death of Freddie Gray on May 3, 2015 in Baltimore. A new poll indicates that racial tension in America has grown in the past year. Photo by Andrew Burton/Getty Images