Parts of the Southeast already battered by record-breaking rainfall can expect more rain and flooding through Monday morning, according to the National Weather Service.

One of the areas hardest hit by the rains was Columbia, South Carolina, with up to 14 inches of rain reported to have fallen overnight, according to the Associated Press.

The Mayor of South Carolina’s state capital, Columbia, declared a nighttime curfew starting at 6 p.m. on Sunday and lasting through 5 a.m. on Monday, Reuters reported. 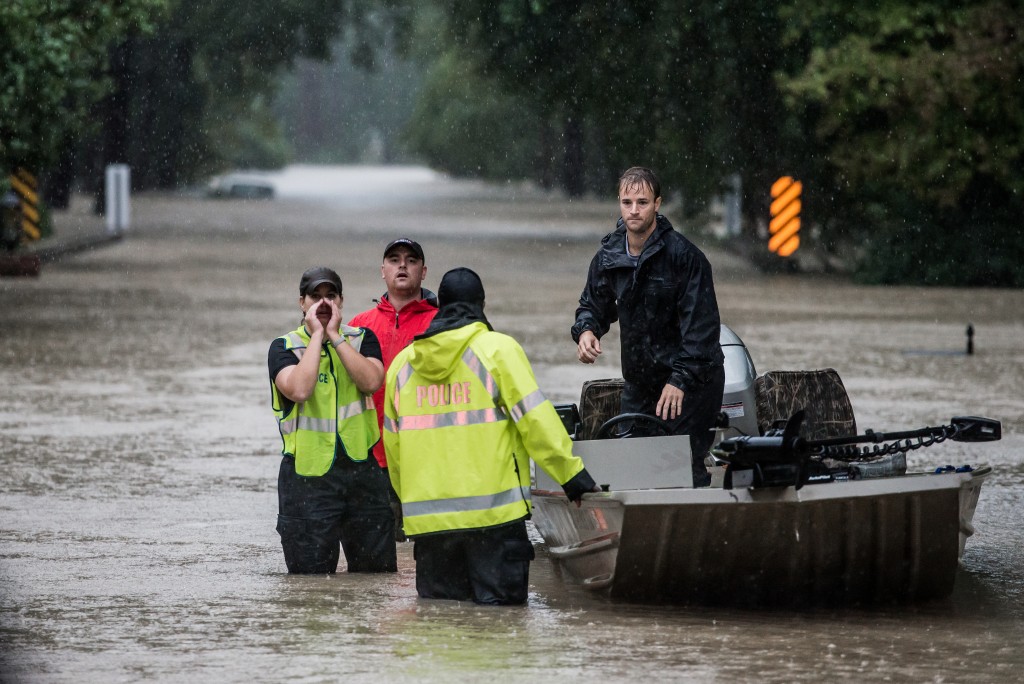 Tens of thousands are without power and several hundred people had to be rescued from the flood waters. There have been six weather-related deaths, the AP reported.

Flooding also closed interstate highways, including 75 miles of I-95, which connects the southeast to the northeast.

The rains came as Hurricane Joaquin, which wreaked havoc in the Bahamas on Friday and was downgraded to a Category 3 storm, moves northward, but away from making landfall in the U.S. 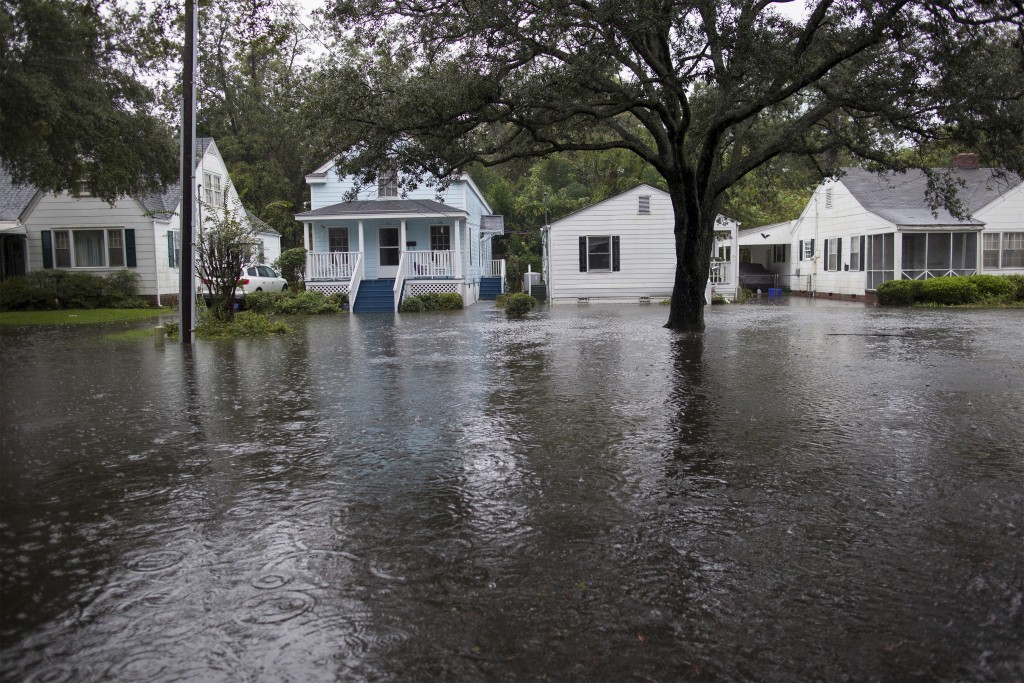 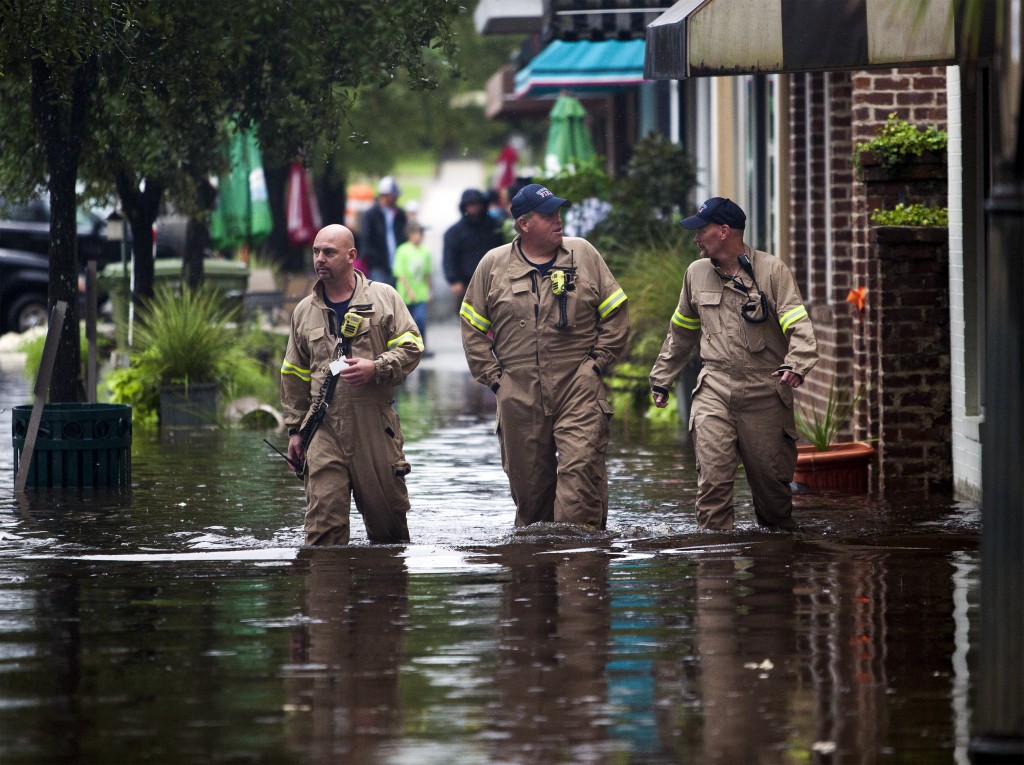 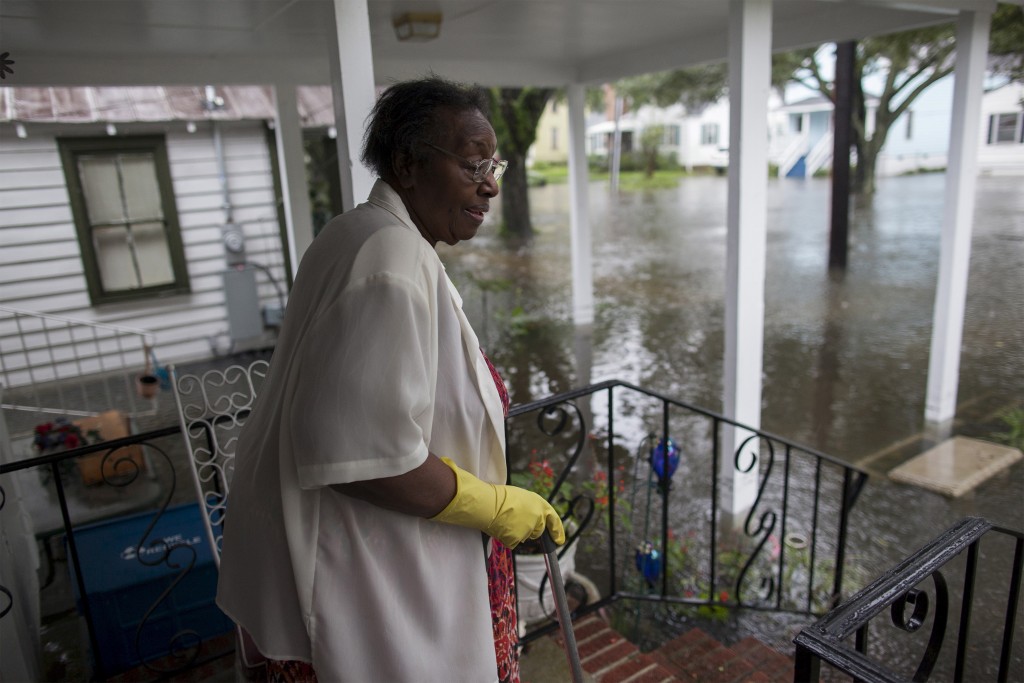 Ammie McKnight watches the level of floodwaters in the front yard of her Orange Street home in Georgetown, South Carolina October 4, 2015. Vast swaths of U.S. Southeast and mid-Atlantic states were grappling with heavy rains and flooding from a separate weather system which has already caused at least five deaths, washed out roads and prompted evacuations and flash flood warnings. Photo by Randall Hill/Reuters 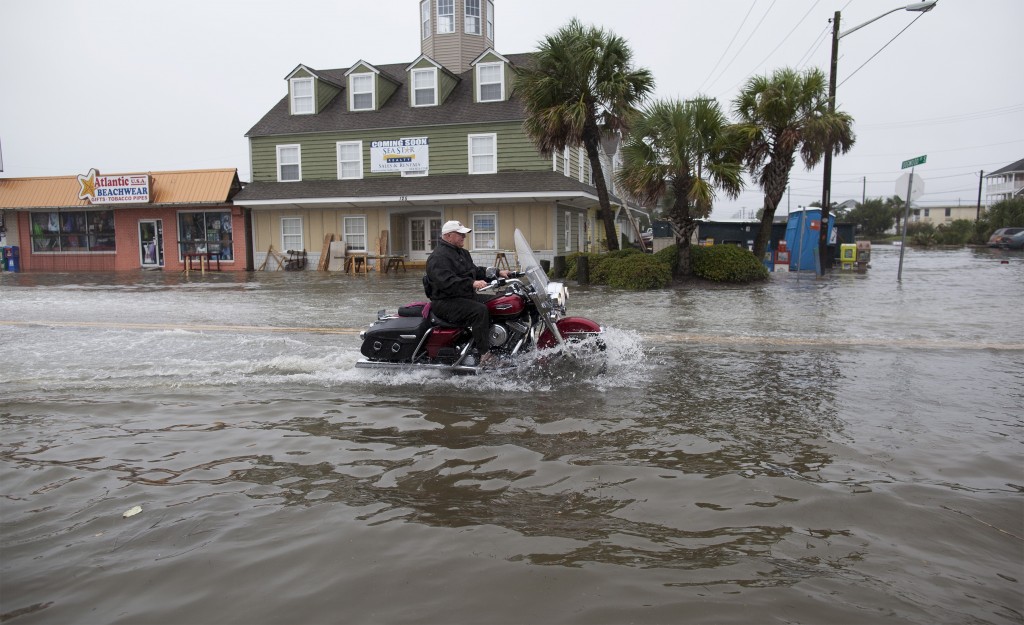 A motorcyclist navigates through flood waters in Garden City Beach, South Carolina, October 2, 2015. Category 4 Hurricane Joaquin is now moving northward and has started bringing swells to parts of the southeastern coast of the United States, the National Hurricane Center said on Friday. Photo by Randall Hill/Reuters