Rally on anniversary of Eric Garner’s death held in NYC

Crowds gathered in New York City Friday and Saturday to commemorate the first anniversary of the death of Eric Garner, and to demand police reforms in several cases of police brutality.

An eyewitness video of the incident went viral and immortalized Garner’s words “I can’t breathe” as a rallying cry for Americans protesting police brutality throughout the past year. 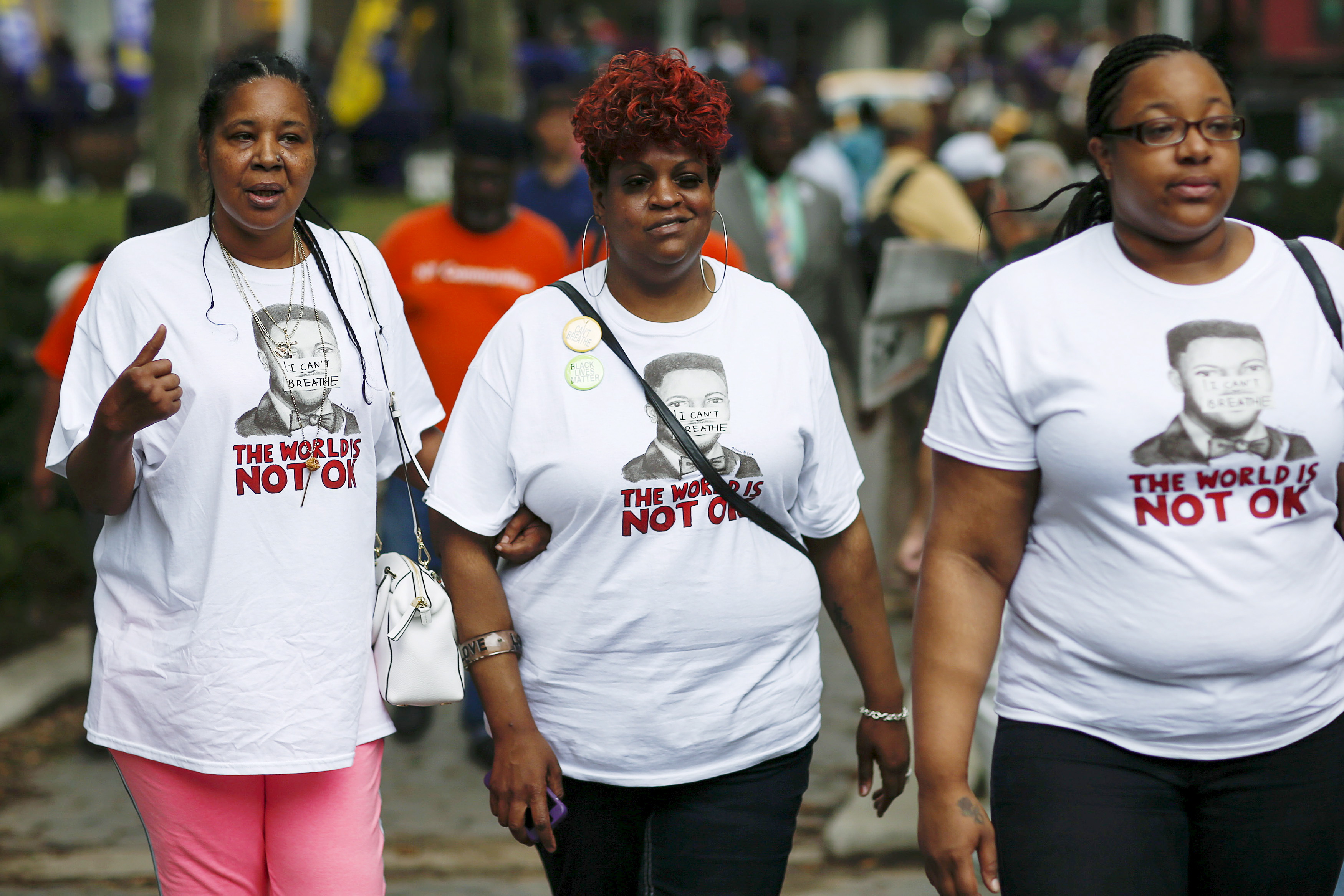 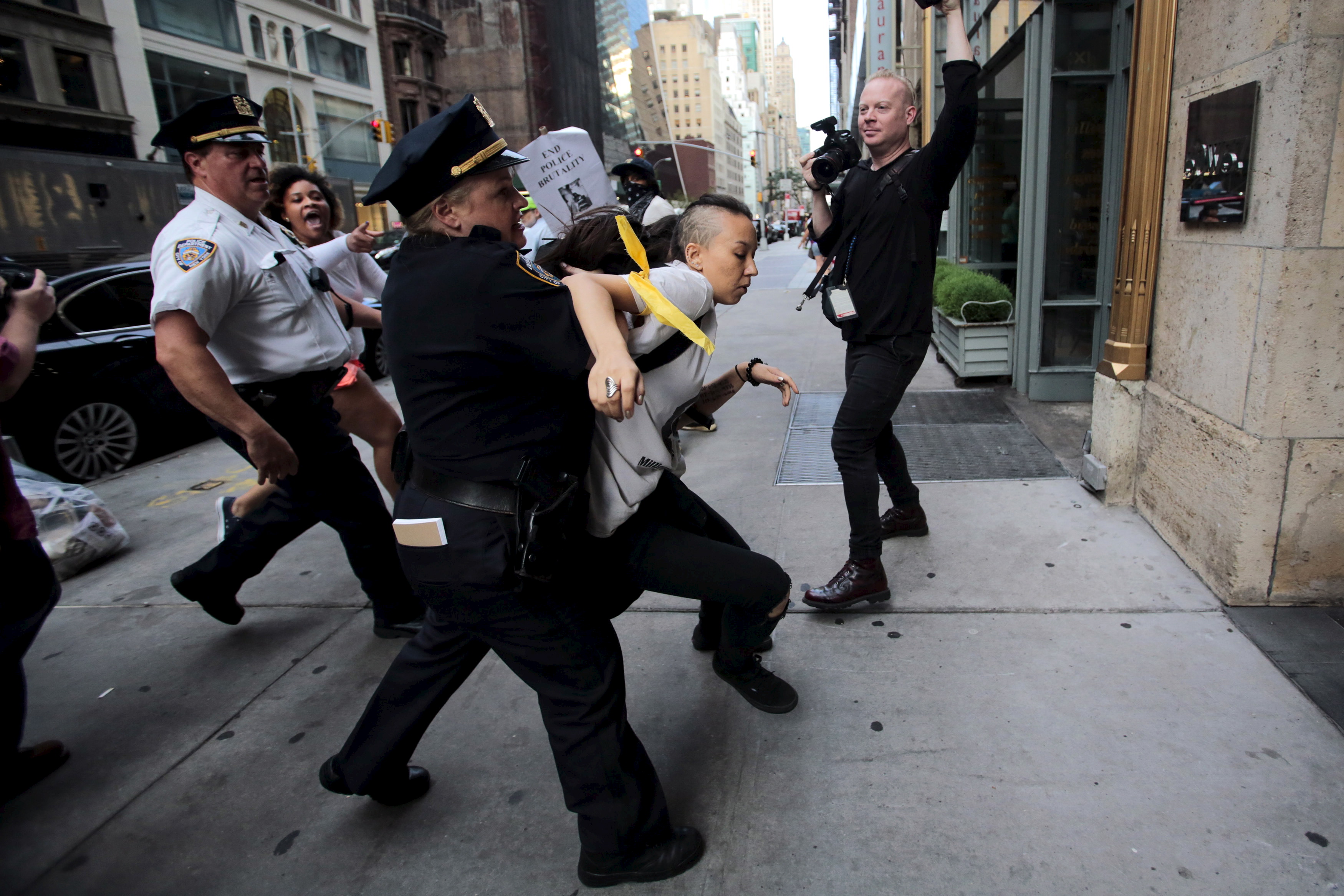 A protester is detained on July 17 by New York Police Department officers during a rally for Eric Garner who was killed one year ago by police in New York. Photo by Eduardo Munoz/Reuters

Family members of Trayvon Martin, Michael Brown and Ramarley Graham were all present at the rally as well.

Rev. Al Sharpton spoke at the rally, saying “We stand together today by the hundreds saying we don’t care how long it takes. We want justice for Eric Garner.”

A grand jury has already declined to indict the police officer who placed Garner in a chokehold, but the U.S. Attorney’s office in Brooklyn is investigating the possibility of charges that he violated Garner’s rights.

On Monday, New York City finalized a $5.9 million settlement with Garner’s family, but admitted no liability in his death. 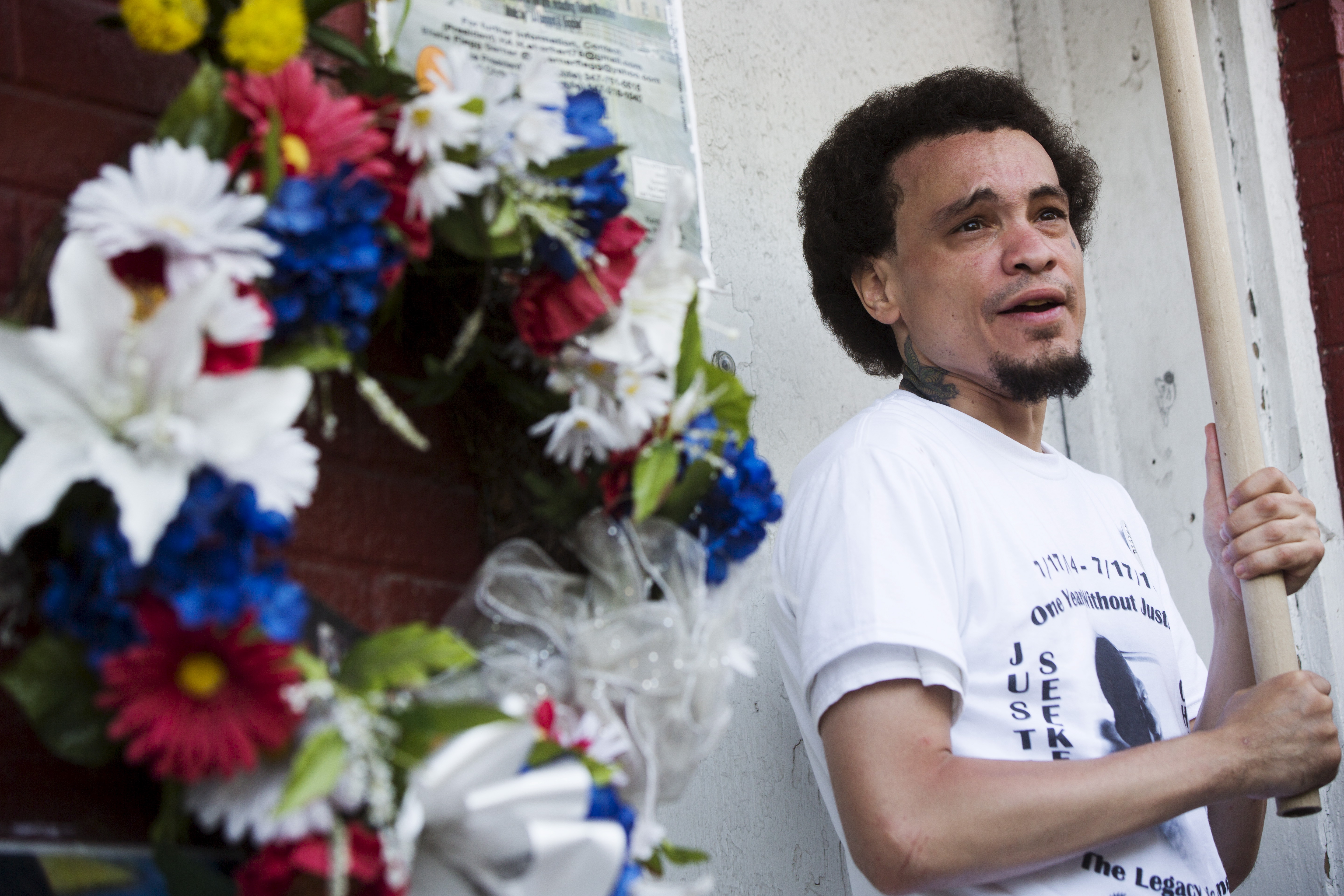 A demonstrator reacts during a protest at the location where Eric Garner was killed on the one year anniversary of his death in New York, July 17, 2015. Photo by Lucas Jackson/Reuters 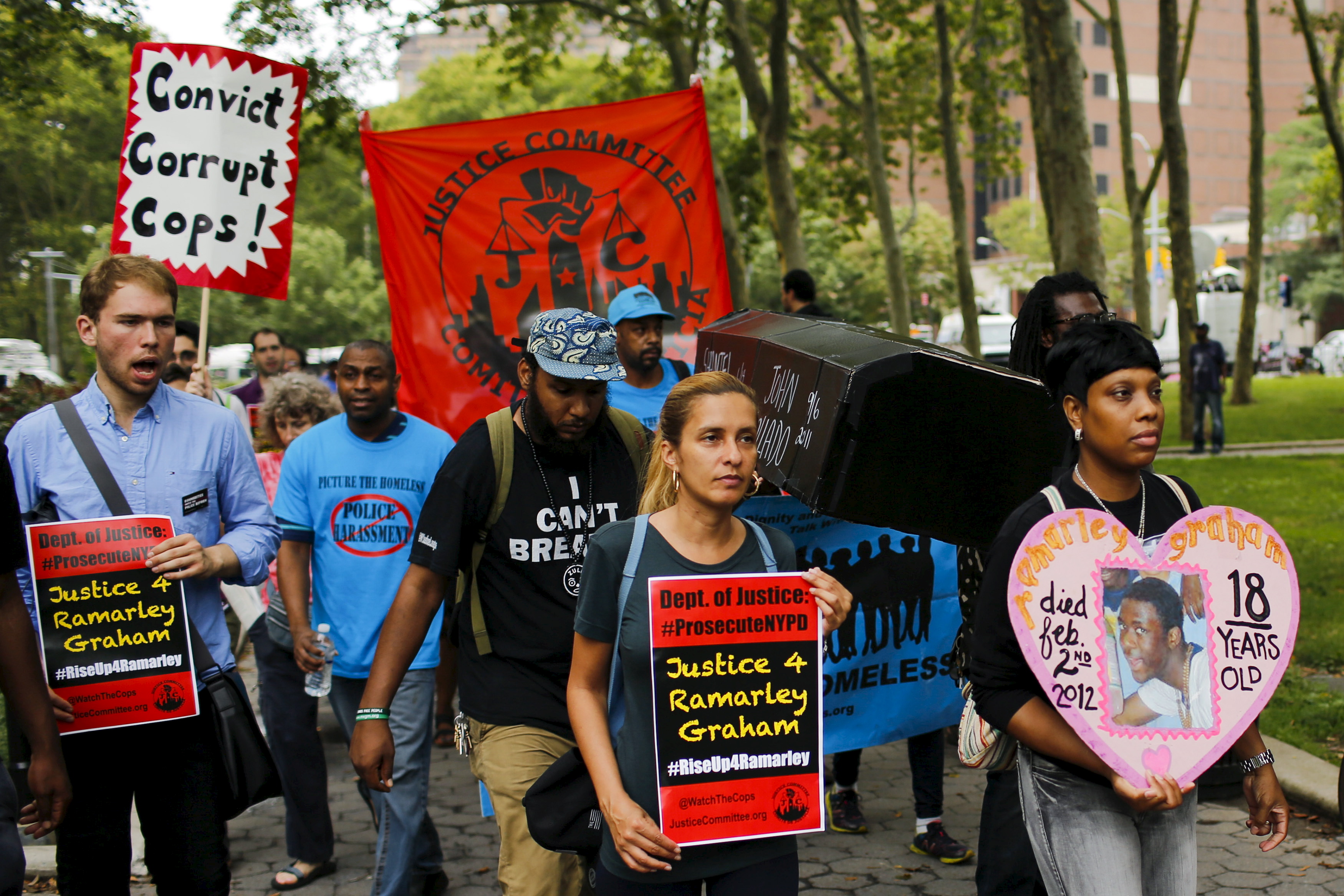 Protesters carry symbolic caskets of people killed by police during a rally for Eric Garner near a Brooklyn court in New York, July 18, 2015. Photo by Eduardo Munoz/Reuters

Left: A protester shouts slogans against the New York Police Department during a July 17 rally for Eric Garner, who was killed one year ago by police in New York. Family and supporters on Friday marked the anniversary with rallies and vigils. Photo by Eduardo Munoz/Reuters