For the Trump organization, Michael Cohen operated as a broadly-defined, do-it-all problem solver.

Cohen was part of the Trump inner circle, first investing with him and then working for the Trump Organization from 2007 to 2017 as special counsel and executive vice president. He operated as a broadly-defined, do-it-all problem solver, once describing his approach toward Trump enemies as, “I’m going to come at you, grab you by the neck and I’m not going to let go until I’m finished.” The FBI raided Cohen’s apartment and business in spring of this year, following Cohen’s admission that he had paid actress Stephanie Clifford a total of $130,000 in the weeks before the 2016 election to stay silent about her allegations of an affair with the president.

Prosecutors say along with Cohen’s role in hush payments to women alleging affairs with a “presidential candidate” (presumed to be Trump), Cohen also failed to disclose $4 million or more in personal income from the IRS and made false statements to a bank about a $500,000 loan.

In a fast-moving development Tuesday, Cohen signed a plea agreement with prosecutors which recommends a sentence of four to five years.

Read the entirety of the plea agreement, including accusations that may involve Trump’s campaign as well as his time in office, by clicking on the image below. 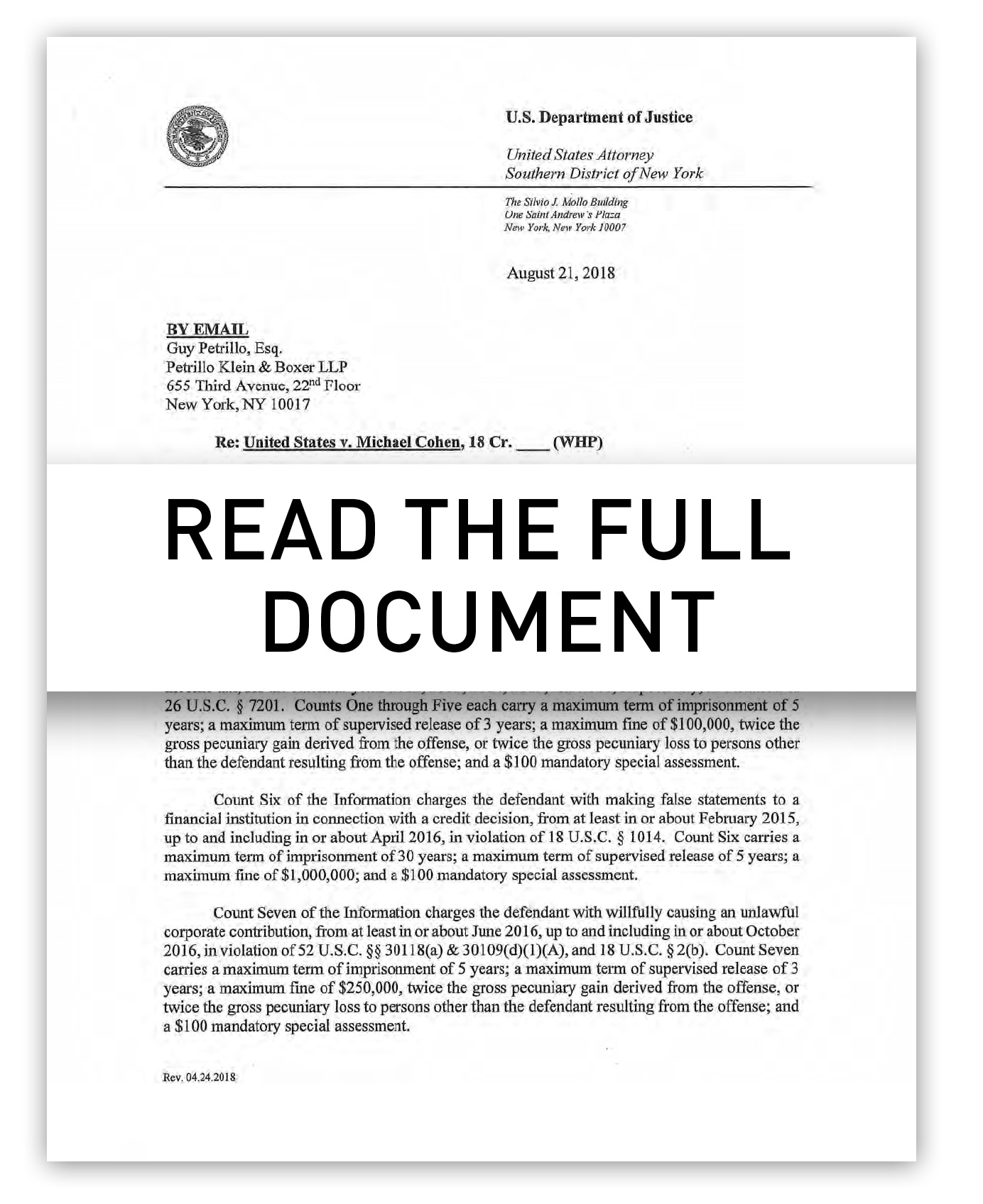