The Associated Press has obtained 15 pages of memos that former FBI Director James Comey drafted about his interactions with President Donald Trump.

The Justice Department provided the documents to Congress on Thursday.

The memos include details about several interactions in the first few months of the Trump administration. They include a January 2017 dinner at which Comey says Trump asked him for his loyalty, and a conversation the following month about former White House national security adviser Michael Flynn.

Some of the episodes have been recounted in Comey’s congressional testimony last year and in his new book, “A Higher Loyalty.” 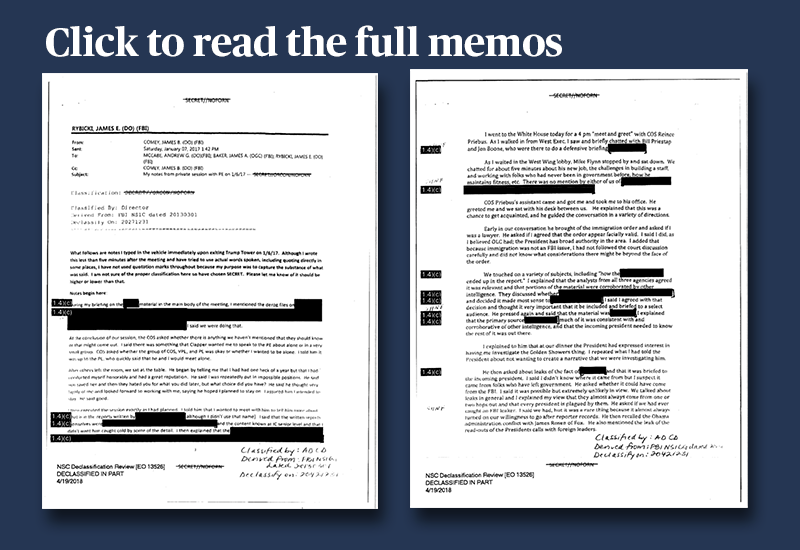 Read the Comey memos here, or click the image above.

Boyd writes that the department “consulted the relevant parties” and concluded that releasing the memos would not adversely affect any ongoing investigations.

Comey revealed last year that he had written the memos after conversations with President Donald Trump, who later fired him. Some lawmakers have been able to view the memos since last summer, but copies had not been provided to Congress.