Read the full indictment against the Trump Organization

Officials in New York have indicted the Trump Organization for an alleged “scheme to defraud” tax authorities at the federal, state and city level.

“The scheme was intended to allow certain employees to substantially understate their compensation from the Trump Organization, so that they could and did pay federal, state and local taxes in amounts that were significantly less than the amounts that should have been paid,” the indictment reads.

Trump Organization Chief Financial Officer Allen Weisselberg was named as one of the largest beneficiaries of the scheme, allegedly receiving more than $1.7 million in off-the-books compensation, including apartment rent, car payments and school tuition.

It is the first criminal case New York authorities’ two-year investigation into the former president has yielded. 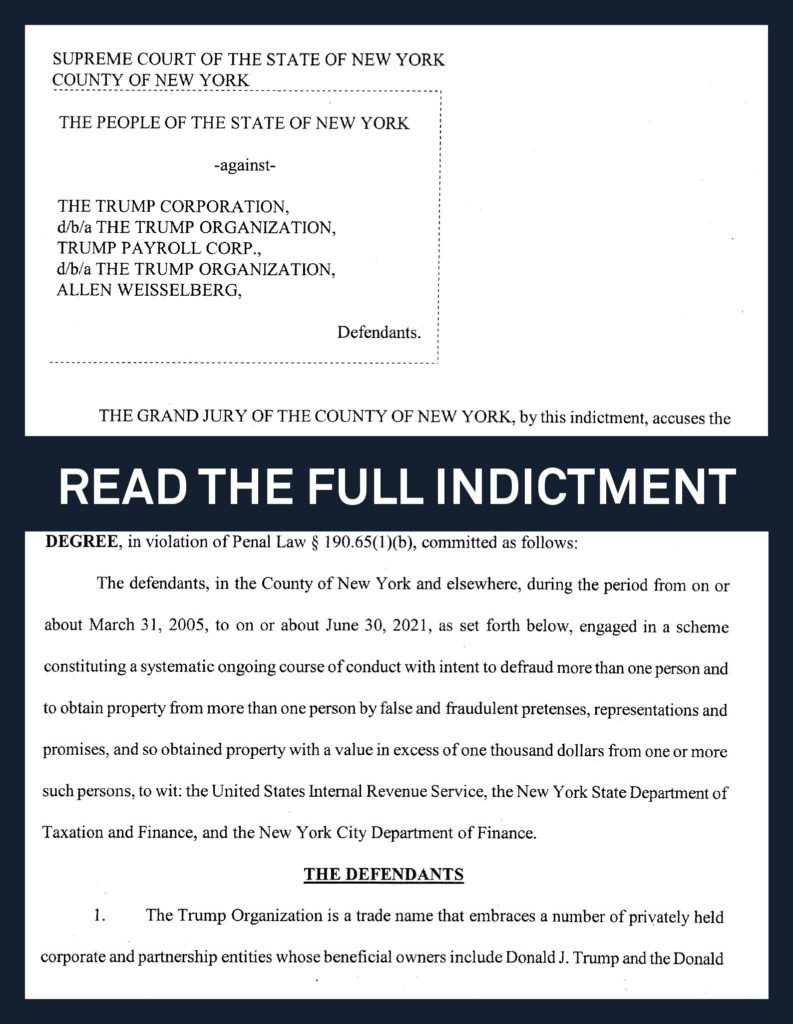 Left: The entrance to Trump Tower on 5th Avenue on June 30, 2021. Photo by REUTERS/Angus Mordant