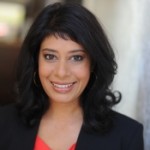 Millennials don’t know how to talk about race, and that’s a problem

In November 2008, a political lifetime ago, the pollster John Zogby published an Op-Ed calling Millennials the “First Global Citizens.” Zogby joined other politicos and pundits eager to see in this new generation of Americans signs of movement toward an idealized “post-racial” country. People had their own agenda for these assertions, from Tim Rutten, who wanted to prove that class was the real issue, to Bill Bennett, who wanted to counter accusations of structural inequality. Whatever their motivation, the people who assert that millennials are less racially biased, less aware of such bias, and consequently less interested in fighting racial inequity are simply wrong.

While some Millennials, especially among the middle and upper classes, have experienced more integrated social networks and broader opportunity than their predecessors, they also observe the harms that accompany being a person of color living in the United States today. Events like the fraternity song scandal at the University of Oklahoma have cropped up annually. Every Halloween, for example, sees such a spate of stereotypically-themed parties hosted by white students that Ohio University’s Students Teaching About Racism in Society had to start a whole poster campaign entitled “We’re a Culture, Not a Costume.”

In 2011, my organization Race Forward (then known as the Applied Research Center) published a study of Millennials and their attitudes about race, discrimination and solutions to inequity. Through focus groups that included diverse 18 to 25 year olds, some in college and some not, we found that most of the young people across race lines named bias in employment and in the criminal justice system as serious problems. In measuring their belief in the “American Dream” of equal opportunity, whites leaned the most toward that belief, but didn’t lean in so hard that they could be called true believers.

Yet, while young people know that racism still exists, they lacked the language to understand and describe its modern forms. When the discussion turned to issues in which the causes of racial disparities were less well known — where there wasn’t an obvious double standard like discriminatory sentencing guidelines punishing crack cocaine use far more harshly than that of powder cocaine — our young subjects struggled for language that could explain racial gaps in housing, education, health care and other arenas. Few had consistent language about systems, policies or rules in discussing racial bias, and their examples of racial harm outside of employment or criminal justice were often interpersonal rather than systemic.

This is when a racialized gap in perception began to reveal itself. Even without a clear systemic understanding, many people of color knew there was still something wrong in education, housing and other arenas, but young whites knew that at a far lower rate. Such racialized perception gaps are common in studies about racial attitudes. A 2012 study of race and religion found that nearly 80 percent of black adults thought the government should help communities of color (called “minorities” in the study), but only a quarter of the white respondents thought the same.

In lacking the language to describe modern forms of discrimination, young people are not so different from their elders. My work includes training and speaking to communities that are working on racial inequity issues, and I spend a lot of time with 18 to 30 year olds, as well as older people in that context. In the dominant discourse, racism is still defined as a matter of individual, intentional and overt action. If there isn’t a noose hanging, many people will not identify an action as being racist, even if it results in racial disparities. Redefining racism as something that is often systemic, unconscious and hidden is a reboot that all Americans need right now, whatever their age.

Today, most institutional policies and practices that cause harm don’t explicitly target communities of color. The debates over whether voter ID laws are discriminatory are a great example. Despite overwhelming evidence that such laws will dampen voting in communities of color, voter ID proponents routinely deflect criticism by naming their lack of malintent. The distinction between biased intent and biased impact is unfamiliar to most Americans, even though civil rights law confirms that negative impact still constitutes discrimination, even without clear intent.

But there is something different about the Millennial approach to race, at least from my own generation who came of age right after the Civil Rights era. Once they are introduced to notions of systemic change, and how such change is possible on racial issues, today’s young people exhibit a much deeper and wider interest in community and labor organizing than we Gen Xers did as a whole. I first observed such activist interest during the massive immigration marches of 2006, when young immigrants turned out thousands of their peers using the then-newish technology of text messaging. Young workers are organizing in the restaurant, fast food and retail sectors on all aspects of their rights, including racial and gender discrimination in the workplace. The Black Lives Matter movement should lay to rest any notion that racial justice was achieved in the 1960s, that today’s young people don’t care about race and that all we have to do now is live in pluralistic harmony.

Race is still a dividing line in our society. The same kinds of disenfranchised and informed young people that knew it before know it now, and Millennials are mobilizing themselves to address it. Instead of casting them in a Baby Boomer or Gen X “post-racial” fantasy, we should take our cues from Millennials’ actual way of being in the world.

Left: Student activists at Washington University in St. Louis take part in the nationwide "Hands up, walk out" protest, demanding justice for the fatal Aug. 9 shooting of 18-year-old Michael Brown. Rinku Sen argues that most young people need to better understand racism before they can start to mobilize against it. Photo by Adrees Latif/Reuters

Rinku Sen is the president and executive director of Race Forward: The Center for Racial Justice Innovation, and the publisher of Colorlines.