WASHINGTON — The Homeland Security Department is planning nationwide raids aimed at deporting adults and children who have already been ordered removed by an immigration judge.

The Washington Post reported in Thursday’s editions that the operation from Immigration and Customs Enforcement would begin as soon as next month and would likely affect hundreds of immigrants who fled violence in Central America since the start of 2014.

ICE spokeswoman Gillian Christensen would not comment on the details of the Post report. In a statement Thursday, Christensen said that as part of civil enforcement priorities announced by DHS Secretary Jeh Johnson in November 2014, the agency will focus on individuals “who pose a threat to national security, public safety and border security.” That group includes people who have been caught trying to enter the U.S. illegally and those who have been ordered removed from the country since January 2014. 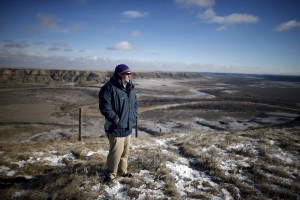 “As Secretary Johnson has consistently said, our border is not open to illegal immigration, and if individuals come here illegally, do not qualify for asylum or other relief, and have final orders of removal, they will be sent back consistent with our laws and our values,” she said.

The Obama administration disclosed this week that in the 2015 budget year, the U.S. deported the fewest immigrants since 2006. ICE said that of the 235,413 people removed or returned during that time period, 98 percent met one or more of ICE’s enforcement priorities.

Left: The ICE Homeland Security Investigations agents detain a woman at Danny's Family Car Wash on Aug. 17, 2013 in Phoenix, Arizona. The Homeland Security Department is planning nationwide raids aimed at deporting adults and children who have already been ordered removed by an immigration judge. Photo By Joshua Lott/Reuters