BUFFALO, N.Y. (AP) — The white 18-year-old who shot and killed 10 people at a Buffalo supermarket had researched the local demographics while looking for places with a high concentration of Black residents, arriving there at least a day in advance to conduct reconnaissance, law enforcement officials said Sunday.

Authorities said the gunman shot, in total, 11 Black people and two white people Saturday in a rampage motivated by racial hatred that he broadcast live.

“This individual came here with the express purpose of taking as many Black lives as he could,” Buffalo Mayor Byron Brown said at a news conference Sunday.

The shooter, identified as Payton Gendron, had previously threatened a shooting at his high school last June, a law enforcement official told The Associated Press. Buffalo Police Commissioner Joseph Gramaglia said the then-17-year-old was brought in for a mental health evaluation afterward.

Meanwhile, federal authorities were still working to confirm the authenticity of a racist 180-page manifesto that detailed the plot and identified Gendron by name as the gunman, the law enforcement official told the AP. But the shooting — the latest act of mass violence in a country unsettled by racial tensions, gun violence and a recent spate of hate crimes — left local residents shattered.

Hochul told ABC that the heads of technology companies “need to be held accountable and assure all of us that they’re taking every step humanly possible to be able to monitor this information.”

“How these depraved ideas are fermenting on social media — it’s spreading like a virus now,” she said Sunday, adding that a lack of oversight could lead others to emulate the shooter.

Twitch said in a statement that it ended Gendron’s transmission “less than two minutes after the violence started.”

Screenshots purporting to be from the live Twitch broadcast appear to show a racial epithet scrawled on the rifle used in the attack, as well as the number 14, a likely reference to a white supremacist slogan. 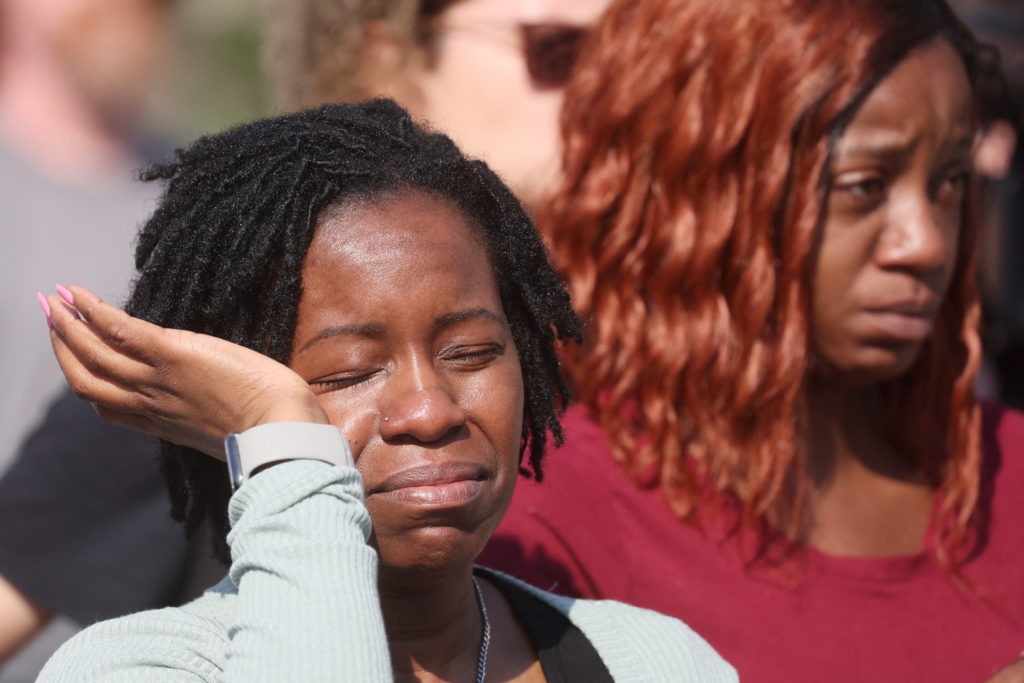 A mourner reacts while attending a vigil for victims of the shooting at a TOPS supermarket in Buffalo, New York, U.S. May 15, 2022. Photo by Brendan McDermid/Reuters.

A preliminary investigation found Gendron had repeatedly visited sites espousing white supremacist ideologies and race-based conspiracy theories and extensively researched the 2019 mosque shootings in Christchurch, New Zealand, and the man who killed dozens at a summer camp in Norway in 2011, the law enforcement official, who spoke on condition of anonymity, told AP.

The manifesto posted online and purportedly written by Gendron, outlined a racist ideology rooted in a belief that the United States should belong only to white people. All others, the document said, were “replacers” who should be eliminated by force or terror. The attack was intended to intimidate all non-white, non-Christian people and get them to leave the country, it said.

It wasn’t immediately clear why Gendron had traveled about 200 miles (320 kilometers) from his Conklin, New York, home to Buffalo and that particular grocery store, but investigators believe Gendron had specifically researched the demographics of the population around the Tops Friendly Market, the official said. The market is located in a predominantly Black neighborhood.

In a Sunday interview with ABC, Gramaglia said that Gendron had been in town “at least the day before.”

“It seems that he had come here to scope out the area, to do a little reconnaissance work on the area before he carried out his just evil, sickening act,” Gramaglia said.

Gendron had appeared on the radar of police last year after he threatened to carry out a shooting at Susquehanna High School around the time of graduation, the official said. New York State Police said troopers were called to the Conklin school on June 8, 2021, for a report that a 17-year-old student had made threatening statements.

The law enforcement official was not authorized to speak publicly on the investigation and did so on the condition of anonymity. 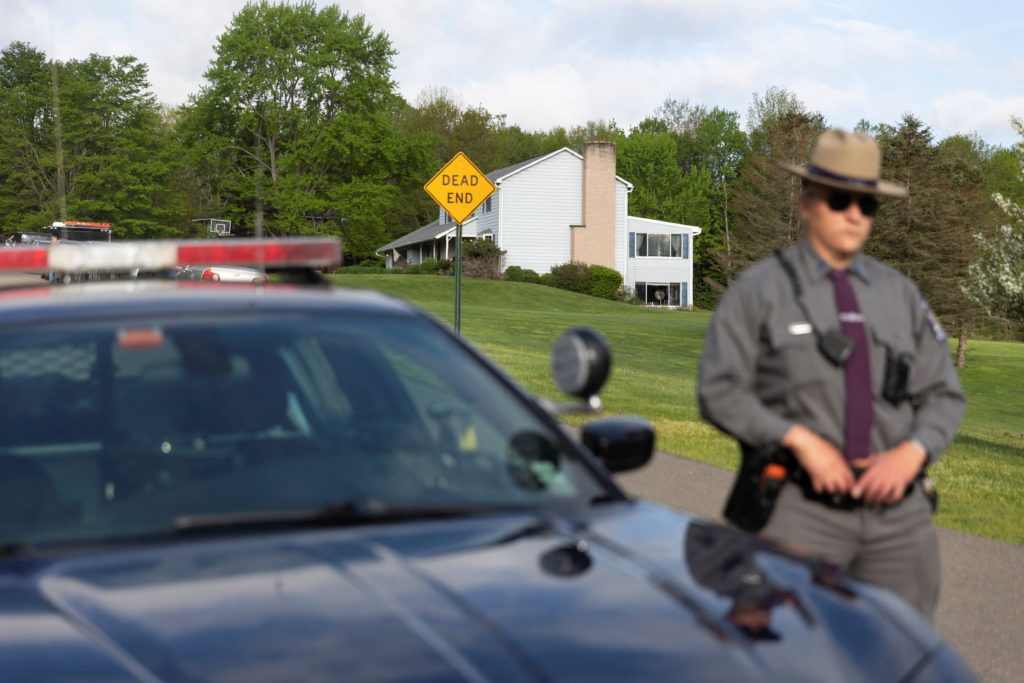 Gendron, confronted by police in the store’s vestibule, put a rifle to his neck but was convinced to drop it. He was arraigned later Saturday on a murder charge, appearing before a judge in a paper gown.

Among the dead was security guard Aaron Salter — a retired Buffalo police officer — who fired multiple shots at Gendron, Gramaglia said Saturday. A bullet hit the gunman’s armor, but had no effect. Gendron then killed Salter, before hunting more victims.

“He cared about the community. He looked after the store,” Yvette Mack, who had shopped at Tops earlier Saturday, said of Salter. “He did a good job you know. He was very nice and respectable.”

Buffalo Mayor Byron Brown told churchgoers that he saw the former fire official at the shooting scene Saturday, looking for his mother.

“My mother had just gone to see my father, as she does every day, in the nursing home and stopped at the Tops to buy just a few groceries. And nobody has heard from her,” Whitfield told the mayor then. She was confirmed as a victim later in the day, Brown said.

Katherine Massey, who had gone to the store to pick up some groceries, also was killed, according to the Buffalo News. The names of the rest of the victims hadn’t been released.

“We pray for their families. But after we pray — after we get up off of our knees — we’ve got to demand change. We’ve got to demand justice,” state Attorney General Letitia James said an emotional church service in Buffalo on Sunday morning. “This was domestic terrorism, plain and simple.”

The Buffalo attack came just a month after a shooting on a Brooklyn subway wounded 10 and just over a year after 10 were killed in a shooting at a Colorado supermarket.

Left: Takesha Leonard is held by her husband, Shawn, as she cries after a mass shooting at TOPS supermarket in Buffalo, New York, U.S. May 14, 2022. Picture taken May 14, 2022. Tina MacIntyre-Yee/USA Today Network via REUTERS NO RESALES. NO ARCHIVES MANDATORY CREDIT