The poachers with chain saws stalking the Northern California coast aren’t after you or your pets. They just want your burls.

Burls are knobby tree growths that, when cut open, display delicate swirls resembling cream that’s just been poured into a mug of coffee. On a tree, burls indicate injury from a virus or fungus. But in the hands of a master wood craftsman, burls can become decorative sculptures, tables or wall clocks. 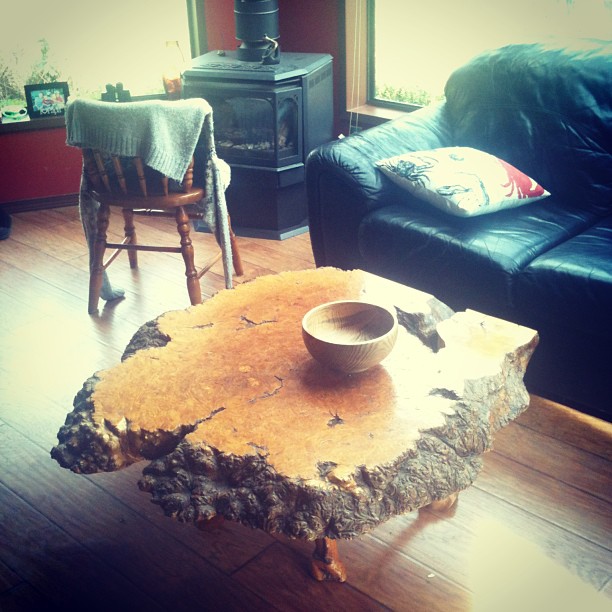 Burls can be turned into furniture. Photo by Flickr user Jordan Oram.

Thieves have stolen burls from Redwood trees for decades but a spike in poaching has forced the Redwood National and State Parks to close their beloved Newton B. Drury Scenic Parkway at night. At $2 to $3 a pound, the best burls (which can weigh several hundred pounds) can bring in a lot for thieves whom officials say are largely unemployed or struggling with drug addiction.

The redwood parks are home to the tallest trees on earth. In the past 150 years, 95 percent of the original forest has been cut down, said park district interpretation supervisor Jeff Denny to the Associated Press.

“The only remaining old growth forest in existence now is almost entirely within the Redwood national park,” Denny said.

Though burls first indicate injury on a tree, they’re important for repopulation. Redwoods sprout clones from burls before they die which leaves these Sequoia semper vierens — Latin for “forever living” — scarred and even more vulnerable to extinction.