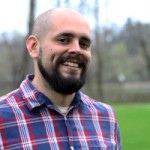 Ryan Bundy: We’ll leave if community wants us to

Armed men have offered a peaceful resolution to a days long occupation near Burns, Oregon.

Ryan Bundy of the so-called Bundy Militia tells Oregon Public Broadcasting that he and the other men occupying federal buildings in Harney County, Oregon, will leave peacefully if the people of the community want them to.

Bundy said the armed occupiers of the Malheur National Wildlife Refuge will be calling for a meeting in the near future.

“This is their county — we can’t be here and force this on them,” Bundy told OPB Monday. “If they don’t want to retrieve their rights, and if the county people tell us to leave, we’ll leave.”

They took over the wildlife refuge on Saturday in protest of local ranchers Dwight and Steven Hammond being sentenced to prison for arson on public lands.

Bundy said he does not think the sheriff speaks for the entire community. He also said Ward is failing to fulfill his constitutional duties. However, he refused to explain how.

READ MORE: What do the presidential candidates think about the militia takeover in Oregon?

“Right now, things are sensitive,” Bundy said. “I don’t need this turning into some media thing. We are not trying to be malicious in anyway shape of form. The oppression … we want it to stop.”

Bundy said he’s unsure how the meeting will be organized, and he added that he hopes it will happen within the next day.

Bundy also confirmed to OPB that the family’s motivation in this occupation is rooted in belief that their action is the modern-day equivalent of Captain Moroni’s “title of liberty.”

“This is just like that,” Bundy said. “My Mormonism plays a large part in what I do … the biggest part.”

Left: Ryan Bundy told OPB that he and the other armed men occupying the Malheur National Wildlife Refuge headquarters will leave if Harney County residents want them to. The self-proclaimed militiamen have been occupying the buildings since Saturday. Photo by Amanda Peacher/OPB