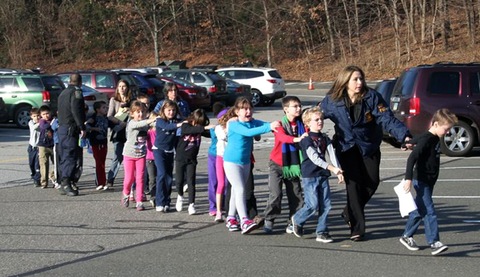 A new report on the Newtown, Conn. school shooting reveals that gunman Adam Lanza had an “obsession” with mass murders, specifically the 1999 Columbine shootings in Colorado, the Associated Press reports.

Connecticut State’s Attorney Stephen Sedensky III, who lead the investigation, said investigators, however, did not find any evidence that suggested Lanza “intended to commit such a crime himself.”

“The obvious question that remains is: ‘Why did the shooter murder twenty-seven people, including twenty children?'” The summary report says the question of Lanza’s motive may never be answered conclusively. On Dec. 14 of last year, Lanza entered Sandy Hook Elementary School and opened fire, killing 20 children and six adults. He also killed his mother inside their Newtown home before arriving at the school with a semi-automatic weapon. He took his own life with a handgun.

Read the full summary of the investigation below: