School closures on ‘Day Without a Woman’ draw mixed response

At first, Tracy Kennedy thought it was a hoax.

But the news was clear, and real: the public schools in Alexandria, Virginia would be closed on Wednesday after an unusually high number of teachers submitted leave requests in order to participate or show support for “A Day Without a Woman.”

Kennedy, a single mother of two children, one of whom is enrolled in the Alexandria City Public Schools district,was livid after the district announced the planned closure on Monday.

“I have absolutely no patience when it comes to interfering with kids’ education.This is a curriculum day, it’s a lost day of instruction,” Kennedy, said in a phone interview on Wednesday. “Whatever our kids were supposed to learn today — it will not be made up with a teacher workday.”

The single-day protest, staged by the organizers of the January Women’s March on Washington, coincided with International Women’s Day, an annual celebration of the social, economic, cultural and political achievement of women,” according to the group’s website.

Participants were encouraged to stay home from work, patronize women and minority-owned businesses, or wear red to show solidarity with the movement if they could not afford to take a day off.

The Alexandria school district announced that its schools would be closed Wednesday after more than 300 staff members asked to take the day off.

We hear you regarding the very difficult decision to close school for students Weds. We did not make the decision lightly. https://t.co/hxxzsHp7gW

“The decision was not made lightly,” Helen Lloyd, a spokesperson for the school district, wrote in an email. Lloyd added that it was “not based on a political stance or position.” Free breakfast and lunch was also offered for all students at six different locations regardless of which school they attended.

The school district’s CEO, Kevin Maxwell, said in a statement Tuesday that roughly 1,700 teachers and 30 percent of the district’s transportation staff had requested leave.

“We cannot transport students and provide safe, productive learning environments without adequate staff,” Maxwell said. “As a result, schools will be closed. We apologize for the inconvenience this will surely cause to many families.” 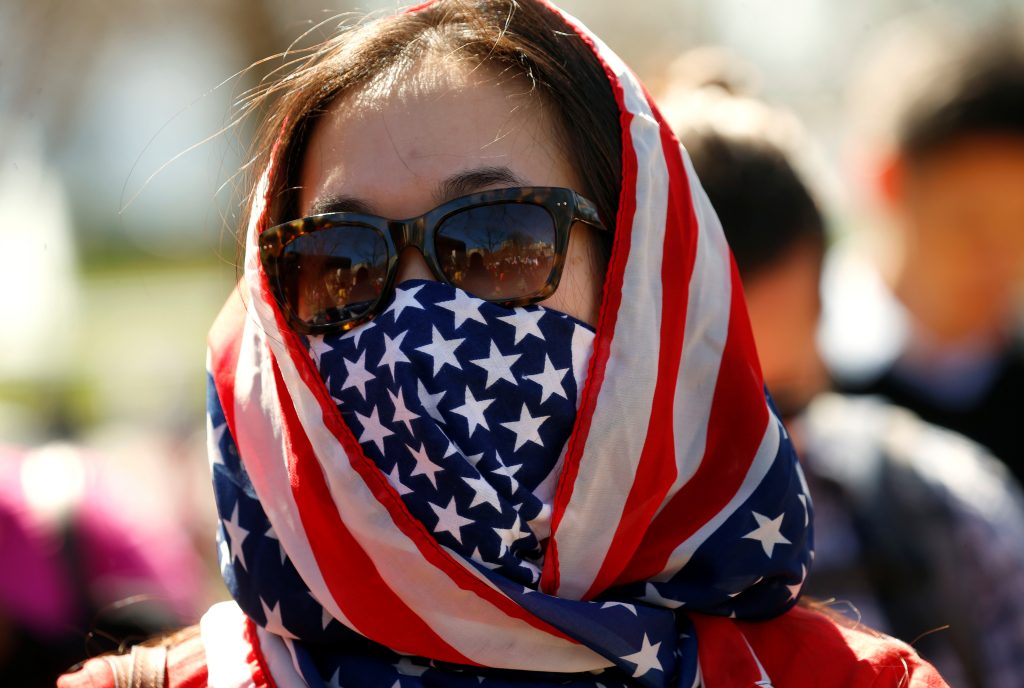 An activist attends a demonstration outside the White House as part of “A Day Without a Woman” strike on International Women’s Day in Washington, U.S., March 8, 2017. REUTERS/Kevin Lamarque

Katie Morgan, a mother of five who has two children enrolled in Prince George’s County, said she received the news late Tuesday night while she was at a PTA meeting. Morgan said she was surprised but believed the county made the right call, adding that she could empathize with the teachers.

“They are so underpaid and undervalued and, coincidentally, have a high female to male ratio,” Morgan said.

The median annual salary for kindergarten and elementary school teachers in the U.S. is approximately $55,000, according to the United States Bureau of Labor Statistics.

“There’s no denying [women] are severely underpaid and undervalued, and the strike is calling attention to this,” Shaw said.

“There’s no denying [women] are severely underpaid and undervalued, and the strike is calling attention to this.”

But Shaw said it also raised questions about income inequality within the women’s rights movement, given that many women were not able to afford a day off.

“[This] may alienate a large swath of women, as well as the tens of millions of women who make minimum wage and have neither the financial security or flexibility to strike from paid work without risk of penalty,” Shaw said.

The organizers of “A Day Without a Woman” addressed this and other issues on the “Women’s March on Washington” website, the group’s main platform. The goal of the strike, they wrote, was to work to “end the hiring discrimination” that women continue to face in the workplace.

The organizers acknowledged that “it is possible that some women may be fired,” noting that a dozen people were reportedly fired for staying home from work during the “Day Without Immigrants” strike that took place last month.

But the group argued that “nothing comes without a sacrifice,” adding that women must “look out for each other, using our privilege on behalf of others when it is called for.”

Kennedy, the single mother of two from Alexandria, said the argument didn’t resonate with her.

“I’m a strong woman. I’m self-employed. I’m a single mom. This [movement] does not represent me,” Kennedy said. “In my opinion, this is taking women back several decades.”

Sandy Marks, who also has a child enrolled in Alexandria’s public school district, said the debate was drawing attention away from the point of the protest.

The news coverage of the protest should “be less about affluent white hetero married people in privileged communities being inconvenienced by a day without childcare,” said Marks. “And more about the fact that pay equity — gender and racial — health care, maternity leave, paid sick leave, living wages are all things worth making a statement for.”

Left: Women take part in a 'Day Without a Woman' march on International Women's Day in New York on Wednesday. Photo by REUTERS/Lucas Jackson