Hear from the scientists who saw the Ohio algae blooms coming

For a second day, residents of Toledo, Ohio, are not able to drink water flowing from their taps. The water is unsafe because of an algae bloom in Lake Erie, which is affecting the city and surrounding areas’ water supply.

NewsHour spoke to two scientists whose work predicts that this won’t be the last such water crisis created by algae blooms.

Anna Michalak‘s paper for the Proceedings of the National Academy of Sciences has a title that might tell you that these algae blooms are not shocking to scientists: “Record-setting algal bloom in Lake Erie caused by agricultural and meteorological trends consistent with expected future conditions.”

Michalak has also been the lead investigator on a National Science Foundation-funded project studying water quality and sustainability of the Great Lakes, where they’ve been examining the effects of climate change induced extreme events.

“It was a combination of agricultural practices, meteorological conditions and also slowly changing climate conditions that are coming together to make these blooms more and more likely as we look into the future.”

The blooms are so significant you can see them from space.

Here are views of the blooms over the past three years. 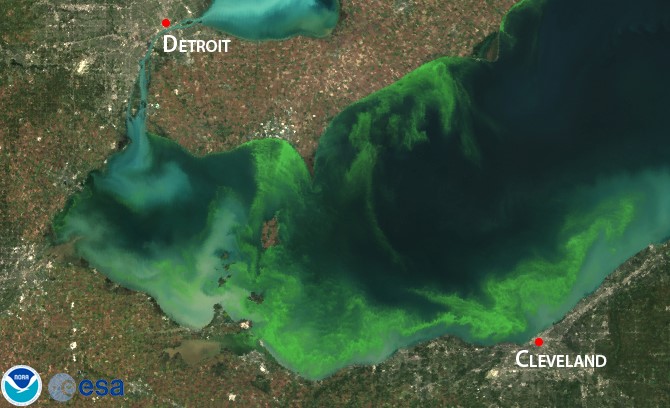 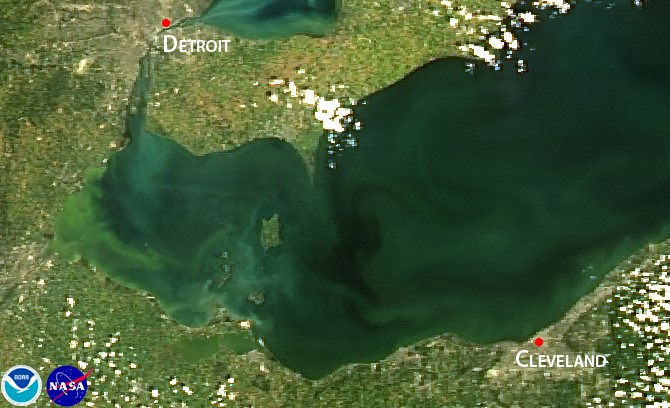 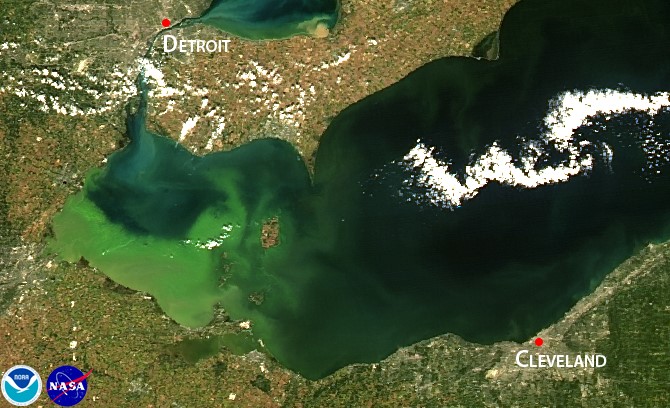 The National Oceanographic and Atmospheric Administration has been studying these blooms as well.

Richard Stumpf, along with other scientists wrote a paper that shows there are ways to predict the severity of the blooms based on the amount of runoff from farms each year.

“We’re looking at making some upgrades in our modeling of the location of the bloom so that we might be able to help the water suppliers along the lake better know if there’s potential impact, so they can plan better.”

In fact NOAA has even been creating seasonal forecasts for the region and more frequent bulletins.

Both scientists agree that certain measures to decrease the amount of phosphorus from farm runoff actually made such algae blooms rare, but they began to come back stronger in the late 90s.

Though the amount of phosphorus has not increased radically, the concerns is that more stressors are at work now — creating ripe conditions for a perfect algal storm.