If SNAP benefits are cut, who hurts the most?

Three years ago, Debbie Byrd scanned her barren kitchen and then burst into tears. A single mother, Byrd worked full-time but still didn’t earn enough to feed herself and her three young daughters. The next day, she applied for food stamps.

Those nutrition benefits still keep her family afloat, Byrd said. The 29-year-old waits tables full-time for $8.50 an hour at a barbecue restaurant a mile from where she rents a tiny two-bedroom home in Marianna, Arkansas. Her children’s father is in jail and pays no child support, Byrd said. Each month, she receives $296 in government food benefits.

To make the money work, Byrd scours sales at the grocery store, prepares home-cooked meatloaf and pork chops for supper every night (“Can’t afford to go out to eat”) before she tucks her daughters in with a bedtime story. Little Red Riding Hood and Harry Potter are their current favorites. Each daughter, ages 6, 7 and 9, takes juice and a snack to school where they receive free lunches. If nutrition benefits can’t stretch to the end of the month, Byrd relies on a local food bank.

“It costs more to live than you can make in a week. There’s no way to make ends meet.”

“It costs more to live than you can make in a week,” she said. “There’s no way to make ends meet.”

For five decades, the Supplemental Nutrition Assistance Program, formerly called food stamps, has helped people like Byrd. With more than 42 million people currently enrolled, it is the nation’s largest program that targets hunger, providing access to food primarily to families with young children, senior citizens and people with disabilities. But those benefits are caught in the crosshairs of a political debate over how to slash budgets both in Arkansas and in Congress.

In 2015 in Arkansas, nearly 469,000 people received benefits through SNAP , which the federal Food and Nutrition Service runs with state agencies. On average, each person receives $115.30 a month, slightly less than the national average amount of $127.57, according to the U.S. Department of Agriculture.

To be eligible, households must meet income and asset requirements. When screening for eligibility, applicants are asked if they own different kinds of assets, such as a burial plot, cash on hand or real estate other than their home, but excluding their vehicle. If the applicant claims more than $2,000 or the property equivalent (or $3,000 if someone in the household has a disability or is at least 60 years old), they can be disqualified. A qualifying households receives nutrition benefits based on how many people live under the same roof and is required to spend about a third of its net income on food at stores that are authorized to redeem these benefits.

In May, the Trump administration’s budget proposed slashing $193 billion — a 25-percent cut — from the nutrition program over the next decade in what the White House described as “reforms that tighten eligibility and encourage work.” To do that, the Trump administration’s budget submitted to Congress said these reforms would “close eligibility loopholes, target benefits to the neediest households, and require able-bodied adults to work.”

Congress has not yet voted on this budget.

Bentley said people who receive food stamps may sell their benefits for cash and often consume candy and soda, packed with sugar. A former nurse whose family manufactures plastic drinkware in Perryville, Arkansas, Bentley said she wanted to improve obesity and diabetes rates in Arkansas: “How do we get a fruit drink and not a soft drink to our kids?”

In December 2016, Bentley introduced House Bill 1035 that banned nutrition benefits to purchase junk food and required people to show identification when buying food with their benefits. She argued if people couldn’t use their food benefits to buy unhealthy food, authorized stores would carry healthier options. She narrowed the restriction to candy and soda, but the bill died in the Senate after it passed the state House of Representatives in Little Rock.

“I don’t think most people would classify as needing food stamps.”

Where she failed in Arkansas, Bentley sees promise in the Trump administration’s call to cut spending on nutrition benefits and remove people from the program: “I don’t think most people would classify as needing food stamps,” Bentley told the NewsHour. “That’s a huge abuse. We could make cuts. It should be a temporary thing.”

Instead, politicians need to strengthen the economy, Bentley said, generating better jobs and more financially stable households. When people hit a rough patch, she said American generosity, in the form of food pantries, school backpack programs and more, provide “ample opportunities to get them some help.” 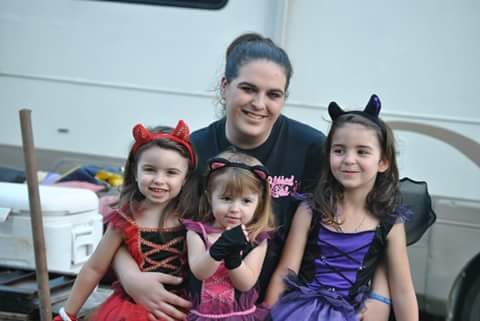 Robert Rector of the Heritage Foundation served as one of the architects of 1996 welfare reform and has remained a vocal critic of U.S. social safety net policies. In an interview with the PBS NewsHour, he called the food stamps program “a fossil,” “a disaster” and said, “At least some of the people on the program don’t necessarily need assistance.”

When people talk about poverty in the United States, Rector said, they must account for the dollar value of the entire constellation of public services a person receives, such as Medicaid, the earned income tax credit and free or subsidized school lunches, when calculating poverty. He also supported the Trump administration’s plan to place greater burden on states that offer and operate food stamp programs with federal funds.

“Food stamps should be available to anybody that needs them, but there should be behavioral means attached to getting them.”

“There’s a great deal of exaggeration about hunger in the United States,” he said. “Food stamps should be available to anybody that needs them, but there should be behavioral means attached to getting them.”

Diane Whitmore Schanzenbach views it differently. A senior fellow at Brookings who directs the Hamilton Project, Schanzenbach has studied the food stamp program for two decades. She said policies that serve as “food police” tend to raise stigma rather than help families and individuals who need better access to food. When New York City’s “soda ban” on sugary drinks at food-service establishments failed in 2013, the idea initially sounded simple but was bedeviled with details, Schanzenbach said: “You could purchase V8 juice but not V8 splash. Try to explain that to someone.”

In April, the state of Massachusetts launched the Healthy Incentives Program, which offers a capped dollar-for-dollar match on eligible purchases when people use their nutrition benefits to buy fresh fruits and vegetables from local farm stands, farmers markets, mobile markets and farm share programs.

“It’s going to hurt a lot of people.”

“When a retailer wants to move product on their shelves, they put them on sale. That’s what they did here,” Schanzenbach said. “People bought more fruits and vegetables.”

A quarter of Arkansas’ children live in food-insecure homes, ranking the state just ahead Mississippi, Louisiana and Alabama, according to a report Schanzenbach recently produced with the Brookings Institution. Nationwide, one in six children — 13 million — grow up in homes that can’t afford to keep enough adequate food, but those numbers have declined from 17.1 million children in 2009 as the economy improved, according to the Department of Agriculture. Children who grow up in households receiving nutrition benefits “are less likely to need the safety net,” are more likely to graduate high school and earn wages, Schanzenbach said. “They get to go to school and learn instead of thinking about how hungry they are.”

The program is efficient, she said, but caseloads with employed recipients is at an all-time high nationwide — 45 percent — driven by anemic wage growth for many Americans. The number of recipients with earned income have been on the rise for 20 years.

With few details emerging from the Trump administration, Schanzenbach said it’s unclear how they could slash $193 billion from SNAP in a decade. Policymakers could, she suspects, shed families whose household income and assets placed them slightly above the poverty line. In recent years, these families qualified for food stamps under formulas that took into account child care costs. Another approach could ax single able-bodied adults without children or disabilities whose numbers swelled after the Great Recession, she said. During normal economic times, these individuals typically received three months of benefits during three years. To eliminate these recipients in areas that still report 8 percent unemployment, Schanzenbach said, “I would argue that’s not a smart way to run the safety net.”

No matter how policymakers slice it, the Trump proposal “will cut to the bone very, very quickly,” she said. “It’s going to hurt a lot of people.”

Debbie Byrd graduated high school and had finished her second year of community college when at age 20 she learned she was pregnant with her oldest daughter. She dropped out of Southern Arkansas University Tech before she could complete her associate’s degree in psychology.

“Unless you were born rich, you’re screwed.”

Nearly a decade later, her life revolves around her daughters. She wakes at 6 a.m. and doesn’t stop until 10:30 p.m. “Running after three little ones, it’s exhausting. It’s worth it, though.”

But she worries about what would happen if the government cut food stamp benefits, saying desperate people may steal from and hurt wealthier Arkansans just to survive: “Unless you were born rich, you’re screwed.”