More than two months after Officer Brentley Vinson fatally shot Keith Lamont Scott, Andrew Murray, the district attorney for Mecklenburg County, North Carolina, announced Wednesday that the shooting was “justified,” alleging that Scott had been carrying a gun at the time.

Though that account is disputed — authorities state they recovered a gun with Scott’s DNA on it at the scene, though neither dashboard nor body camera recordings definitively showed Scott carrying a gun — Murray said that police are justified in using deadly force as long as they believe that they or another person are in “imminent danger.”

Scott’s death incited thousands to protest in North Carolina, and about 100 people took to the streets in Charlotte after Murray announced his decision not to charge Vinson. But the course that the case took is common in that police officers are rarely prosecuted for manslaughter or murder. While protesters and advocacy groups often call for prosecuting officers involved in fatal shootings, legal experts say that reforming police policy and training are much more effective than prosecutions in reducing instances of police uses of force, both fatal and nonfatal.

“I think there really has to be a re-evaluation, so that we have some systemic changes.” — Judge Glenda Hatchett

Philip Stinson, an associate professor of criminology at Ohio’s Bowling Green State University, told Reuters that from 2005 to 2014, an average of five officers a year were prosecuted for manslaughter or murder. In 2015, the number rose to a dozen — out of an estimated 1,000 fatal shootings.

Police prosecutions for shootings are rare, in part, because even with body cameras, the public tends to focus on the officer’s fear as a justification for the shooting, said Jeffery Robinson, the director of the American Civil Liberties Union (ACLU) Center for Justice.

So it was more of an anomaly when on Nov. 16, Jeronimo Yanez, the officer who fatally shot Philando Castile in Falcon Heights, Minnesota, was charged with second-degree manslaughter.

Castile was killed by the officer on July 6 while his girlfriend and then-four-year-old daughter were in the car. His girlfriend, Diamond Reynolds, broadcasted the aftermath of the incident via Facebook Live, which quickly seized both national and international attention. 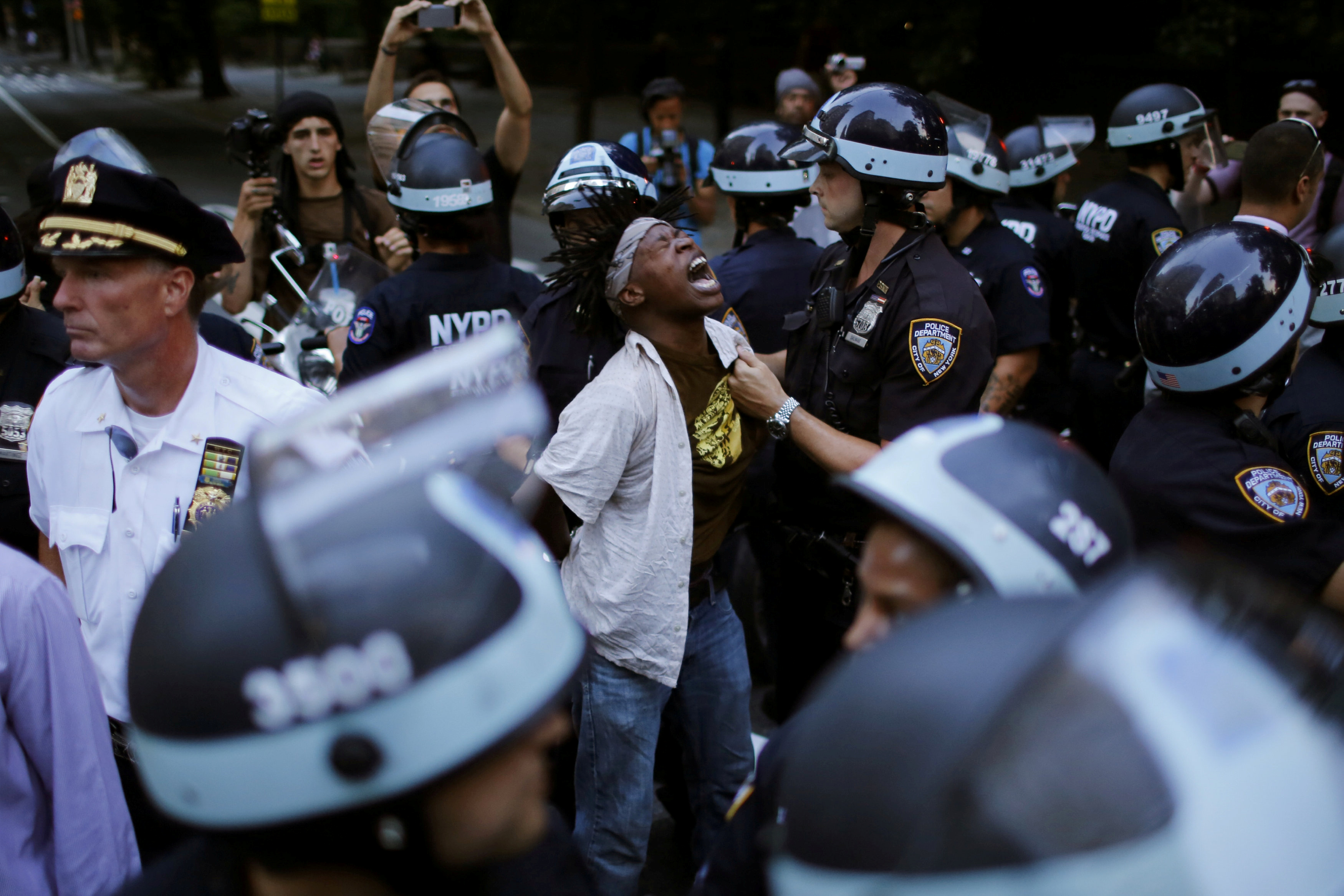 A protester is detained by NYPD officers as people protest the killing of Alton Sterling and Philando Castile during a march in New York City. Photo by Eduardo Munoz/Reuters

Judge Glenda Hatchett, who is representing the Castile family, told the NewsHour that she is encouraged by the decisions of Ramsey County Prosecutor John Choi and Special Prosecutor Don Lewis, a former U.S. Department of Justice attorney, to indict Officer Yanez. But Hatchett believes there’s more work to be done beyond the courts.

“I think there really has to be a re-evaluation, so that we have some systemic changes that, one, reduce the number of fatal police shootings, and second, will help to boost confidence in the system that a lot of people have lost,” Hatchett said. “I think that this is a very important point because this is historic. We have not seen the indictment of a police officer, as far as we’ve been able to determine, in the history of Minnesota.”

Why prosecutions are rare

Federal agencies have yet to release comprehensive national findings on police-involved fatal shootings. While the Department of Justice’s Bureau of Justice Statistics (BJS) did collect and publish statistics on “arrest-related deaths” from 2003 to 2009, its data relied on information volunteered by just some of the approximately 18,000 law enforcement agencies in the U.S. In their report published in Oct. 2015, they estimated that about 400 people a year were killed by police officers, but acknowledged, in the same report, that they had identified just half of the expected number of police homicides.

In 2015, the Washington Post and the Guardian gathered the data themselves through crowdsourcing, public records and internet databases.

The data the Washington Post collected indicates that in 2015, among 991 fatal police-involved shootings, black men ages 18 to 29 were five times more likely to be fatally shot than their white counterparts. The Guardian in 2015 found through crowdsourced data that 1,134 Americans had been fatally shot by the police, and that young black people were killed at nine times the rate as other Americans.

READ NEXT: When black death goes viral, it can trigger PTSD-like trauma

In Washington state, a 30-year-old law describes a four-part test for deciding if a homicide by police is justifiable. Under this law, prosecutors need to prove that the officer acted with “malice” and not in “good faith.” Washington state defines “malice” as “evil intent” to cause harm to another person — and proving an officer was “evil” in intent can be a difficult task for any prosecutor.

To address the issue of police over-use of force, the ACLU has led the push for widespread use of body cameras among police departments. The group argues that body cameras could rein in police misconduct while also protecting police from false allegations.

Body cameras have correlated with lower use of force in Rialto, California, where officers’ use of force dropped by 58 percent and complaints against officers dropped by 88 percent in the 12 months following their introduction in 2012, according to a study by researchers from the University of Cambridge’s Institute of Criminology (IoC).

The public’s preconceived notions of innocence and guilt may also influence the utility of body camera videos as evidence. Elizabeth OuYang, a civil rights attorney of more than 30 years, said implicit biases about alleged criminals influence public perception, and thus influence the outcome of police homicide cases. She says that popular perceptions of alleged perpetrators who become the victims of a shooting, set the tone for how body camera video evidence is perceived and digested.

“[The] public’s perception of the role of the police officer is that they are putting their lives out to protect us,” OuYang said. “So, the public, by and large, would like to give police the benefit of the doubt in situations where claims of police brutality are alleged.”

ACLU’s Robinson says body cameras are only as effective as the system allows them to be, and that focusing on them as a single solution is misplaced.

“The issue is not ‘Are body cameras effective,’ the issue is, what do you do with the information? … People want to look at body cameras as some kind of panacea, and they’re not,” Robinson said. “[We] can photograph what’s happening. [But] nothing else has changed.” 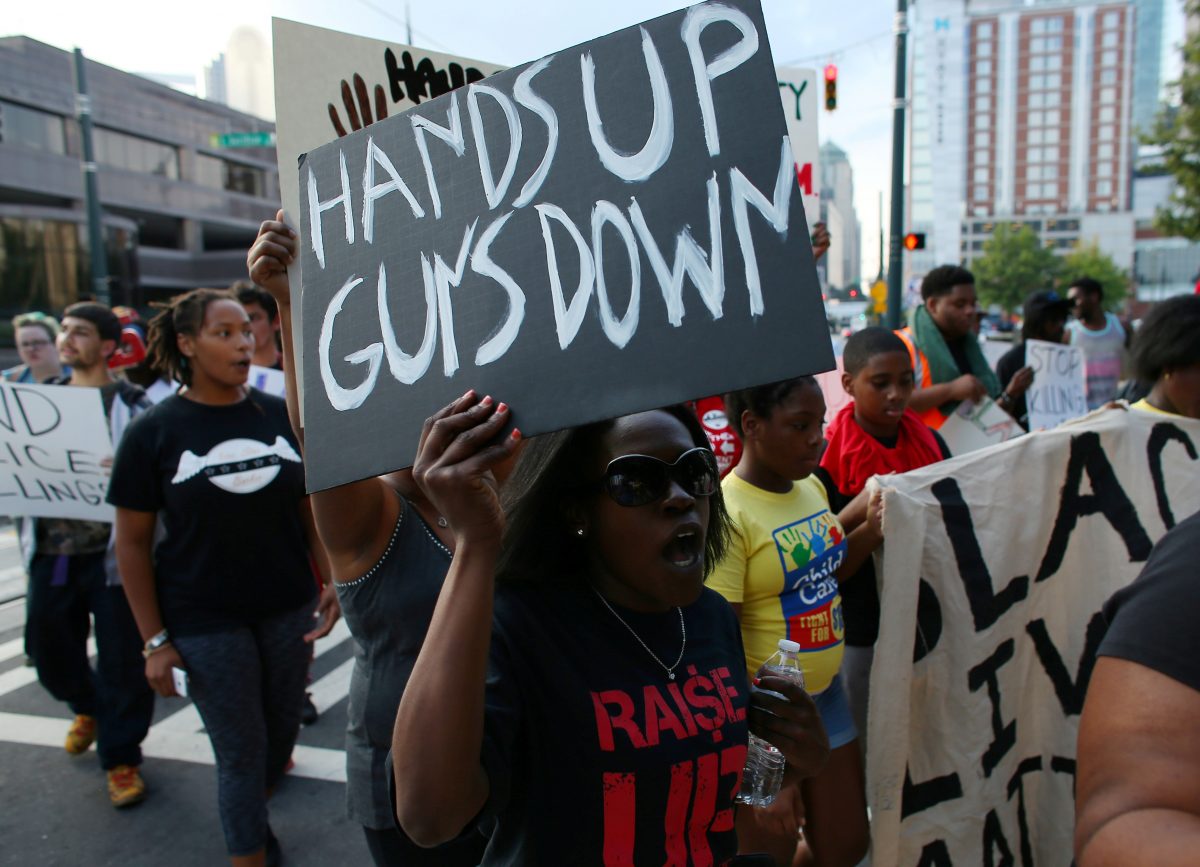 Robinson, the director of the ACLU Center for Justice, said that preventing these killings is a process that needs to start long before the last moments of a shooting victim’s life.

“If you’re looking at the video for ‘Was the person pointing something at the officer that he could have mistaken for a gun?’ — if that’s where you start the analysis, then that, in and of itself, is a biased investigation,” Robinson said. “The focus is often on the last half-second of the life of the person that the police officer kills. If you move the frame back to why the police were responding in the way that they were responding in the first place, all of a sudden you have a very different approach.”

Samuel Walker, a professor emeritus at the University of Nebraska at Omaha and coauthor of “The New World of Police Accountability,” has focused his research on preventing police violence by changing police culture and regular police practice.

“It’s very difficult to get any kind of conviction, regardless of what the state law is,” he said. “The challenge is to change how they do routine police business. There are 63 million encounters between police and citizens every year. Everyone wants instant changes in terms of what’s happening out there in the street … That’s not going to change overnight.”

In California, at least one department has taken steps to change their routine business. In early October, the San Francisco Police Department announced that it would be working with mental health specialists in order to better de-escalate and negotiate situations encountered on the job, according to CBS News. The city’s Crisis Intervention Specialists team will also be on-call 24/7 to aid police in engaging with individuals with mental health issues.

In the first six months of 2015, 462 people in the U.S. were fatally shot by police and a quarter of them were experiencing some kind of “mental or emotional crisis,” according to the Washington Post. And the San Francisco police department’s partnership with mental health professionals marks a shift in the city’s approach to decreasing uses of force, both fatal and nonfatal.

Similarly, there have been shifts in policy and training at New Orleans Police Department, where the department has begun teaching officers to intervene when they see other officers about to engage in unethical behavior, according to The New York Times. The department has infused aspects of training, from “driving skills to report writing” with this lesson of co-accountability.

Walker is optimistic about the changes in training and policy as well as the induction of body cameras he sees happening across the country.

“There’s been a tremendous amount of positive development in the last two years, ever since Ferguson,” he said. “There’s special emphasis on de-escalation and trying to avoid uses of force using verbal techniques … and training has emphasized where to position yourself, so that you’re not [feeling] as vulnerable. It’s really the nitty gritty of training that reduces overall uses of force and shootings.”

Left: Protesters march during another night of protests over the police shooting of Keith Scott in Charlotte, North Carolina, U.S. September 23, 2016. Photo by Mike Blake/Reuters