Stop pretending you know what the Export-Import Bank is

Imagine, for a moment, that you’re an international salesman. You work for General Electric, which is one of the biggest producers of freight-hauling locomotives in the world. There’s a demand in South Africa, and you want to get in on it.

But you’re facing competition from several other locomotive manufacturers from around the world. You don’t want to lose out to the Chinese locomotive company. So you get in touch with the Export-Import Bank back in Washington, D.C., to press for a loan for South Africa’s state-owned rail operator, Transnet, that would enable them to purchase your locomotives, boosting your profits and, presumably, allowing you to hire more workers in Pennsylvania.

But China has its own Export-Import Bank, which could also offer Transnet a loan to buy Chinese locomotives. In fact, there are nearly 60 of these Export Credit Agencies (ECAs) around the world that effectively subsidize private companies’ foreign exports.

In short, the Export-Import Bank lends to foreign buyers like Transnet to make U.S. exports competitive. Without an ECA of its own, the fear of the Bank’s defenders is that U.S. exports would lose out to goods produced overseas.

Established in the wake of World War II, when crippled foreign markets weren’t strong enough to purchase American products, the Export-Import Act of 1945 has been renewed by Congress 16 times without a political fight as intense as this year’s.

With its current authorization expiring on Oct. 1, the independent federal agency, which has just 400 employees, has been the subject of quite a bit of Washington’s midsummer mudslinging. Of course, theirs is not the only expiration date looming at the end of this month. If Congress does not soon pass a spending bill, the entire government could shut down come October. Sound familiar? 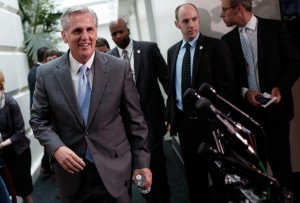 The big news last week was that the Republican House leadership was considering a stopgap measure that would fund the government through Dec. 11. Included in that continuing resolution, much to the displeasure of their most conservative members, would be an extension of the Ex-Im Bank through June 2015. Conservatives, like House Majority Leader Kevin McCarthy, have traditionally argued that propping up U.S. exports is the job of the private sector.

That short-term resolution was shelved for the rest of last week while the president asked Congress to consider funding for the training of Syrian rebels to fight the Islamic State. But with members returning to their districts for a final midterm election push at the end of this week, the remaining days of legislative action are numbered.

Suppose that resolution goes forward this week and the bank is extended for another nine months. That’s better than it dying, said Gary Clyde Hufbauer, senior fellow at the Peterson Institute of Economics, who serves on the Bank’s advisory board.

But the danger with such a short-term extension, rather than the traditional two-year renewal, Hufbauer said, is that other export credit agencies from around the world would capitalize on the U.S. Bank’s uncertain future. A Chinese ECA, for example, could convince Transnet that they’d be better off engaging in a long-term deal with them since the U.S. Ex-Im Bank might not be around in nine months.

And without an Export-Import Bank at all, Hufbauer cautioned, there’d be little incentive for American manufacturers to actually make their goods in the United States. They could move to other countries with export credit agencies that would support their exports. The implicit threat in this narrative: the loss of American jobs.

The bank’s official mission reads jobs, jobs jobs. Job support gets top billing in a press release announcing new deals with overseas buyers. Since 2009, the Bank touts that they’ve supported 1.2 million private sector jobs, and 205,000 in 2013. Even Paul Krugman, not the most enthusiastic supporter of the Bank, has argued that “this is exactly the moment when ending an export-support program really would cost jobs.”

And yet, when GE actually did enter into a deal with Transnet this past March, they committed to manufacturing major parts of the locomotives in South Africa, which Transnet CEO Brian Molefe estimated would create about 30,000 indirect and direct domestic jobs — in South Africa.

But the bank also supports exports produced by foreign companies in the United States, as long as enough material comes from U.S. suppliers and assembly occurs in the states. Ex-Im Bank president Fred Hochberg said this week that the Bank would back Airbus Group jetliner exports.

Besides support for American jobs, the Bank champions its commitment to America’s small businesses. In fiscal year 2013, nearly 90 percent of the Bank’s volume of transactions was for short-term deals on behalf of American small businesses selling their goods overseas. But in terms of sales — i.e., money transacted — deals with big American businesses like Caterpillar, Boeing and GE dominate. About 46 percent of the Bank’s financing is on behalf of Boeing alone. 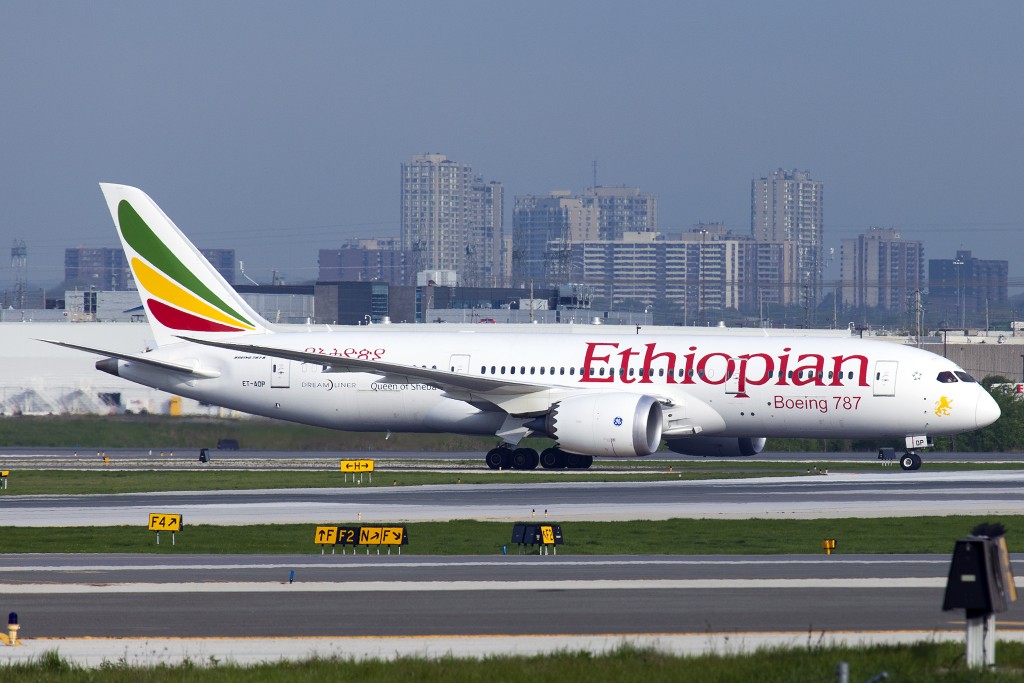 In just one of its deals backing Boeing’s exports, the Export-Import Bank has supported the export of Boeing 787s to Ethiopian Airlines. Photo by Flickr user Patcard

And that’s where most of the attacks against the bank as an agent of “corporate welfare” come from. On the right, House Financial Services Committee Chair Jeb Hensarling, R-Texas, whose committee oversees the Bank’s renewal, has been among its most outspoken critics. Heritage Action for America and the Club for Growth have slammed the government-backed bank for meddling in the free market, taking from the American taxpayer to enrich big business.

“The Bank doesn’t cost the taxpayer. In fact, it returns a profit to the Treasury — more than $1 billion in fiscal year 2013.”

The Bank doesn’t cost the taxpayer. In fact, it returns a profit to the Treasury — more than $1 billion in fiscal year 2013. How it does that, though, says one of its critics on the left, is little more than arbitrage.

It works like this: The Ex-Im Bank borrows at the very low Treasury rate and then lends that money to its customers, like Transnet, at a higher rate. Provided borrowers don’t default (the default rate was just 0.194 percent as of June 2014), that margin turns into a profit as foreign borrowers pay back the loan in installments. At the end of the year, the Bank turns that profit back to the Treasury.

What’s wrong with this picture, said Center for Policy and Economic Research co-director Dean Baker, is that the government is such a low-cost borrower it can loan money to almost anyone and make money on that loan. In his opinion, there’s no reason for that subsidy to bolster America’s wealthiest corporations. He’d like to see more assistance support American small businesses. (Actually, he’d really prefer to reduce the value of the dollar to get the trade balance in order. For more detail on the relationship between the value of the U.S. dollar and foreign purchasing power, see our recent post on the Big Mac Index.)

Without Ex-Im Bank support, Boeing would ship fewer planes abroad, but it’s not as if their exports would fall to zero, said Baker. Fewer exports would reduce their profits, too, but hardly enough to put a dent in GDP, Baker said.

Of course, that’s not the way American businesses see it. The Bank enjoys support from much of the business establishment of both political parties, especially groups like the Chamber of Commerce and the National Association of Manufacturers.

President Barack Obama, like much of his party, embraces the Bank and has urged Congress to renew it even though he too called it “little more than a fund for corporate welfare” when campaigning in 2008. Democrats in the House have been pushing for a five-year reauthorization of the Bank to avoid going through another fight like this year’s anytime soon.

It now appears that conservatives in the House, including chief critic Hensarling, are ready to go along with a CR that extends the Bank’s authority. “Not the first time that I’ve swallowed hard in my congressional career,” Hensarling said Wednesday.

But if the House GOP plans to let the bank survive a little longer, that may, as Veronique de Rugy suggests in National Review, only reflect “hopes of killing it in the long term.”

Longtime Ex-Im Bank defender Eric Cantor is gone, replaced by a House Majority Leader who’s pledged to let it die. And by June, its GOP opponents may have two advantages: the Bank’s expiration will be decoupled from the funding of the government, and there’s a decent chance their party will control not just the House, but the Senate, too.

As for the Bank’s prospects for long-term survival after a short-term extension, Bank advisory board member Hufbauer said, “I wouldn’t give it better than 50-50.”