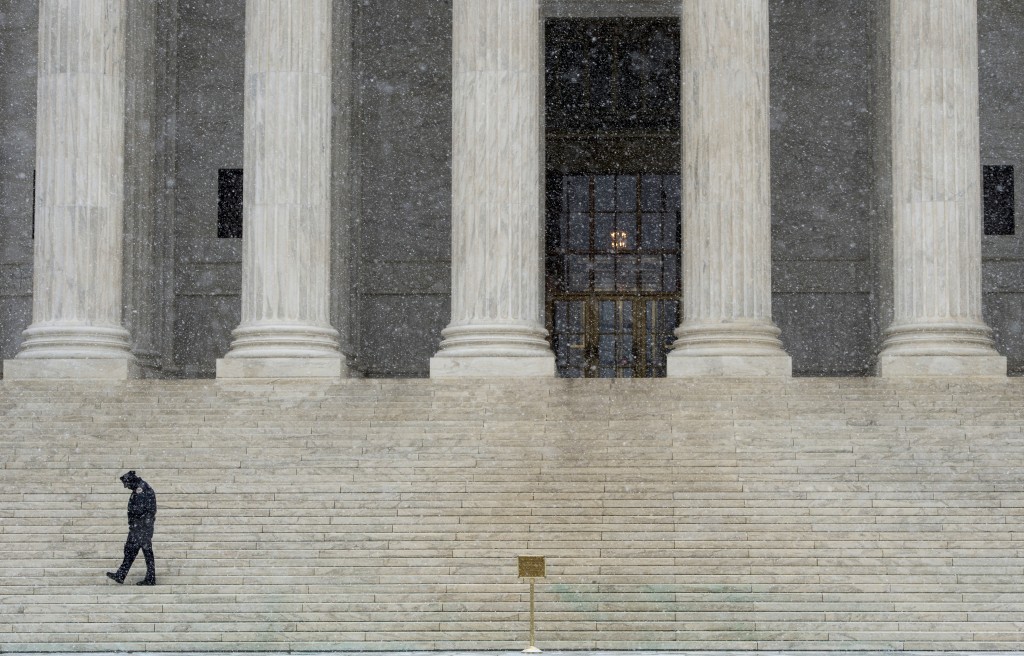 The Supreme Court indicated Monday that states should look beyond an intelligence test score in borderline cases of mental disability to determine whether a death row inmate is eligible to be executed.

Twelve years after the Supreme Court barred execution of the mentally disabled, the justices heard arguments about how states evaluate claims of mental disability that, if substantiated, protect inmates from being put to death.

Five justices, enough to form a majority, pointed repeatedly to the margin of error inherent in IQ and other standardized tests. They voiced skepticism about the practice in Florida and certain other states of barring an inmate from claiming mental disability when his IQ score is just above 70.

“Your rule prevents us from getting a better understanding of whether the IQ score is accurate or not,” Kennedy told Florida Solicitor General Allen Winsor. Kennedy and the four liberal justices objected to Winsor’s argument that there is no wiggle room when an IQ score tops 70.

That score is widely accepted as a marker of mental disability, but medical professionals say people who score as high as 75 can be considered intellectually disabled because of the test’s margin of error. In any case, there is a consensus that the test score should be just one factor in determining mental disability.

Lawyers for inmate Freddie Lee Hall said there is ample evidence to show that he is mentally disabled, even though most of his multiple IQ tests have yielded scores topping 70. Hall has been on death row for more than 35 years since being convicted of murdering a pregnant 21-year-old woman in 1978.

Winsor responded to sustained questioning by noting that abandoning the 70-point IQ cutoff could double the number of death row inmates who claim they are mentally disabled.

Justice Elena Kagan cut in to acknowledge that Winsor might be right about the number of claims. “But some of them may be mentally retarded,” Kagan said.

Winsor said that state law has determined “they are not mentally retarded if they don’t have an IQ score of 70 or below.”

Justice Antonin Scalia pointed to the brutality of Hall’s crime and the several steps it took to abduct and kill the pregnant woman, and a sheriff’s deputy a short time later, as indications that Hall seemed to have sufficient mental capability.

“Could the state show that in refutation of his mental retardation evidence?” Scalia said, using the term for mental disability that both sides use in court papers.

The justice also noted that Hall, 68, did not raise a claim of mental disability for the first 10 years of his time in prison.

A judge in an earlier phase of the case concluded Hall “had been mentally retarded his entire life.” Psychiatrists and other medical professionals who examined him said he is mentally disabled. School records from the 1950s classified Hall as “mentally retarded” – then the commonly accepted term for mental disability.

Psychiatrists and psychologists who are supporting Hall say an IQ test alone is insufficient for a diagnosis of mental disability. They say there’s a consensus among the mental health professions that accurate diagnosis must also include evaluating an individual’s ability to function in society, along with finding that the mental disability began in childhood.

Florida also argues that the medical profession’s consensus to relax the focus on IQ testing is a recent development, a point Scalia picked up on in an exchange with Seth Waxman, Hall’s lawyer.

“They change their mind, counsel,” Scalia said in a reference to the American Psychiatric Association. “This APA is the same organization that once said that homosexuality was a mental disability and now says it’s perfectly normal.”

Waxman was pressed by justices generally sympathetic to his case to establish a workable rule for states. “A line has to be drawn somewhere,” Justice Sonia Sotomayor said.

A score of 76 would preclude an inmate from arguing mental disability, Waxman said. That cutoff, in place in Mississippi and Oklahoma, is far enough away from 70 to be outside the margin of error, he said.

Texas, the nation’s busiest death penalty state, does not use a strict IQ cutoff.