When a law enforcement official described a cellphone recording left by the Austin serial bomber as “the outcry of a very challenged young man,” the remark caused an outcry of its own.

Because the bomber was white, some people almost immediately questioned whether the same level of compassion would have been afforded a person of color.

“Here you have a case of a young white male who killed and injured people of color, and we’re culturally more concerned about his story, about his life, about what led him to take these lives,” said David Leonard, professor in the department of critical culture, gender and race studies at Washington State University. “It’s a striking reminder of a racial empathy gap that persists.”

For many observers and activists, the comments about Mark Anthony Conditt were just the latest example in which a white suspect seemed to receive an injection of humanity that is less often extended to blacks, Muslims and others.

Some critics have also taken exception to media coverage that included Conditt’s friends and family describing him as nerdy and kind.

Conditt kept the Texas capital in a state of fear for weeks, planting five bombs that killed two people and badly wounded four others. The 23-year-old community college dropout died Wednesday after setting off a bomb inside his SUV as police were about to arrest him.

Investigators said his motive was still unclear, despite the discovery of the 25-minute cellphone recording in which he talked about the bombs.

Authorities have avoided calling the attacks terrorism, which can have specific definitions in law enforcement contexts. U.S. law defines a terrorist as having ties to a foreign entity, such as the Islamic State or other known terror groups. Homegrown extremist groups such as neo-Nazis and the Ku Klux Klan are not labeled that way, even if they employ similar tactics of violence and intimidation.

Similarly, when Stephen Craig Paddock was identified as the gunman who rained bullets down on a Las Vegas concert last fall, the white retired accountant was characterized as a “lone wolf.” That label has also been attached to other mass killers who acted alone, including Aurora, Colorado, movie theater shooter James Holmes, a white man who killed a dozen people in 2012.

The reaction on social media was swift.

“I believe passionately in acknowledging the humanity of those who commit even terrible crimes. Reading this police chief’s empathy for this young white man highlights the awfulness — the plain awfulness — of the persistent refusal to extend this empathy to young black people,” Ifill added. 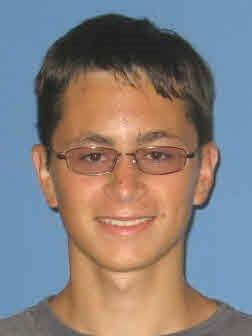 Those young black males were described as “thugs” by some authorities and in popular discourse. Another case often cited is that of Michael Brown, an unarmed black 18-year-old fatally shot by a white officer in August 2014 in Ferguson, Missouri. The New York Times described Brown as “no angel” in a profile, a phrase that drew an angry response from readers and was criticized by its own public editor.

Brown got into a scuffle with then-officer Darren Wilson after Wilson yelled at Brown and a friend to get out of the street where they were walking. Wilson said that when he shot Brown, the teen was moving menacingly toward him. Some witnesses said Brown was surrendering.

The initial unrest erupted after Brown’s body lay in the street for hours in the summer heat. More protests gripped the Missouri town after a grand jury in declined to charge Wilson, who later resigned. The Justice Department also cleared him, but an investigation by that agency uncovered patterns of racial bias and profiling in Ferguson’s police and courts.

Some critics have also taken exception to media coverage that included Conditt’s friends and family describing him as nerdy and kind.

“Language is always shot through with power dynamics. What this shows us is the way that we can talk about people determines how we can treat them,” said Koritha Mitchell, an associate professor in the English department at Ohio State University. “Because we are determined to treat white men as citizens no matter what, to treat them as people who belong in the fold no matter what, that is the reason we will not use words like ‘terrorist.'”

The Rev. Yvette Griffin, a black Detroit pastor, said blacks and Muslims don’t seem to get the same presumption of innocence as other suspects.

“The words are kinder and gentler” for whites, she said.

Left: Police barricade the area surrounding the home of suspected Austin bomber Mark Anthony Conditt March 21, 2018 in Pflugerville, Texas. Conditt blew himself up near a hotel on Interstate 35 in the early morning hours of March 21 after police SWAT teams closed in on him. Photo by Drew Anthony Smith/Getty Images