These tech companies are purging white supremacist groups from their platforms

After the violent protests in Charlottesville, tech companies are rethinking their roles in providing online services for hateful groups.

The fight is only beginning, as far-right groups and freedom of speech advocates have argued that tech companies are infringing on their first amendment rights by blocking their access to these services.

For now, here are the companies who have taken steps to remove white nationalist and other hate groups from their platforms.

GoDaddy: The web domain name provider cut off the neo-nazi website The Daily Stormer, citing that the website had “crossed the line from exercising freedom of speech to provoking further mayhem.”

Discord: Members of the “alt-right” movement, whose beliefs are a mix of white nationalism, neo-Nazism and extreme populism, flocked to this group messaging service due to it’s privacy and anonymity; however, after the violence in Charlottesville, the company booted white nationalist groups and users off the app. In the days leading up to the “Unite the Right” rally in Charlottesville, the New York Times reported that some white supremacists used the app to organize transportation to and lodging for the event.

READ MORE: Spotify has removed white power music from its platform. But it’s still available on dozens of other sites

Facebook: Citing violations of the company’s guidelines, Facebook banned eight pages associated with the white nationalist movement, along with the personal page and Instagram account of a white nationalist featured in the Vice News documentary about the Charlottesville rally.

CloudFlare: The Daily Stormer was also dropped by the network provider CloudFlare. In a memo, CEO Matthew Prince outlined how and why he made the decision, calling the site “vile” but expressing concern about the consequences of having the power to effectively remove a voice from the internet. 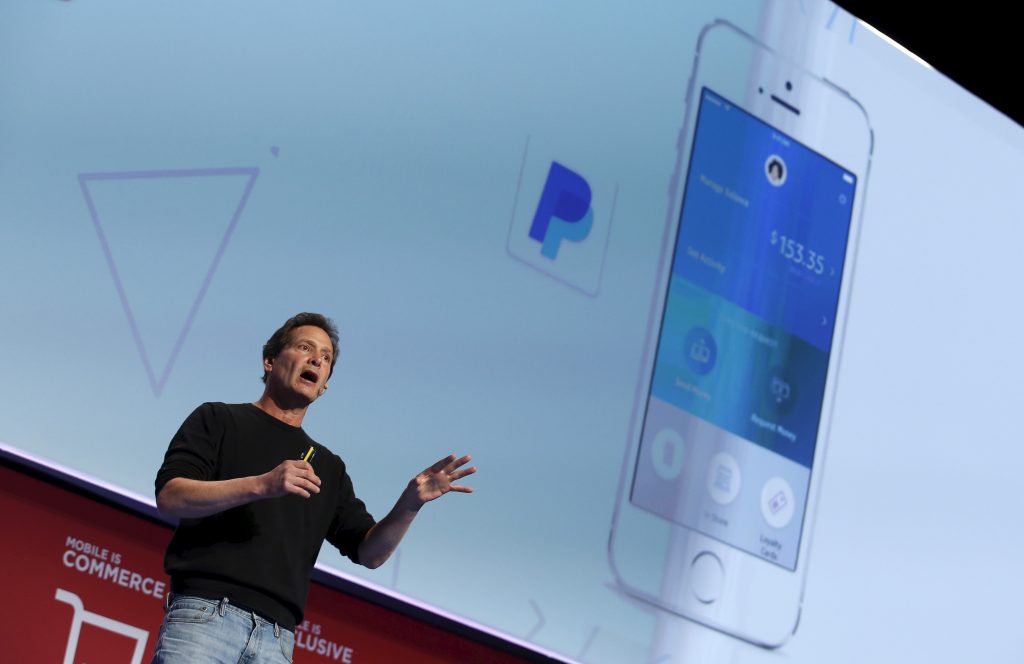 Dan Schulman, CEO of PayPal, delivers a keynote speech in Barcelona. The online payment service will no longer work with KKK, white supremacist and neo-nazi-affiliated groups, it said this week. Photo by REUTERS/Albert Gea.

PayPal: The online payment service will no longer work with KKK, white supremacist and neo-nazi-affiliated groups, PayPal SVP Corporate Affairs & Communications Franz Paasche wrote in a press release. He also noted the “difficult” balance between “protecting the principles of tolerance, diversity and respect for people of all backgrounds with upholding legitimate free expression and open dialogue.”

Squarespace: The website building service promised to take down white nationalist sites and gave 48-hour notice to those it deemed as hate groups. Alt-right leader Richard Spencer’s think tank, the National Policy Institute, is one of the far-right groups now under scrutiny, though Squarespace did not release a public list of their targets.

GoFundMe: Crowdfunding pages dedicated towards raising money for the white nationalist who drove into a crowd of people on Saturday, ultimately killing one, have been shut down by GoFundMe. Bobby Whithorne, director of strategic communications told Reuters that the campaigns failed to raise any money and were quickly removed.

OkCupid: Alt-right members looking for love will no longer have the dating site OkCupid to aid their journey. CEO Elie Seidman told Gizmodo “OkCupid has zero tolerance for racism,” after a white nationalist featured on Vice’s documentary on Charlottesville was banned from the site.