Tennessee turns back to the electric chair 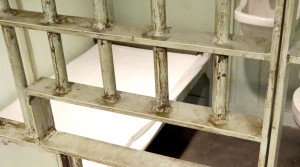 Amid scrutiny over a botched Oklahoma execution last month and a nationwide shortage of lethal injection drugs, a back-up method for carrying out death sentences has gotten the green light in Tennessee: the electric chair.

Gov. Bill Haslam approved legislation on Thursday night that would allow the state to electrocute death row inmates in the event that lethal injections are not available or are blocked from use by the court. The legislation was overwhelmingly passed by both houses in Tennessee’s general assembly in April.

Seven other U.S. states — including Virginia, Florida, and South Carolina — currently give prisoners a choice of death by lethal injection or electrocution. But Tennessee will be the first state to allow the electric chair to be imposed on inmates without giving them an option.

“There are states that allow inmates to choose, but it is a very different matter for a state to impose a method like electrocution,” Richard Dieter, executive director of the Death Penalty Information Center, told The Associated Press. “No other state has gone so far.”

But for those in the Tennessee legislature who backed the measure — as proponent and state Sen. Ken Yager contends — its passage was done out of “a real concern that we could find ourselves in a position that if the chemicals were unavailable to us that we would not be able to carry out the sentence.”

That’s because of an embargo from the European Union, where pharmaceutical companies have banned the shipment of certain types of drugs that are used for lethal injections.

Deiter said that despite the bill’s approval, legal challenges would likely arise. Electrocution could infringe on constitutional protections against cruel and unusual punishment.

“The electric chair is clearly a brutal alternative.”