The 5 best takeaways from The Black Panthers documentary

To commemorate the 50th anniversary of the founding of the Black Panther Party for Self Defense, more than a million people tuned in to PBS on Tuesday to watch the documentary “The Black Panthers: Vanguard of the Revolution,” produced by Independent Lens. The conversation continued online, with #BlackPanthersPBS trending worldwide long after the documentary’s end. Reactions ranged from personal memories of the panthers’ influence in the 1960s and ’70s, to comparisons to the current Black Lives Matter movement. Many people had a lot to say about misconceptions they held about the organization and their legacy today. Here are just a few takeaways:

Although the Black Panthers developed a reputation for being “a violent organization” that was anti-white and “wanted to kill cops” (as described by Los Angeles police officer Ron McCarthy in the film), the Black Panthers believed in violence only as a means of self defense. Founding members chose the panther for a reason: the animal typically only attacks when provoked. 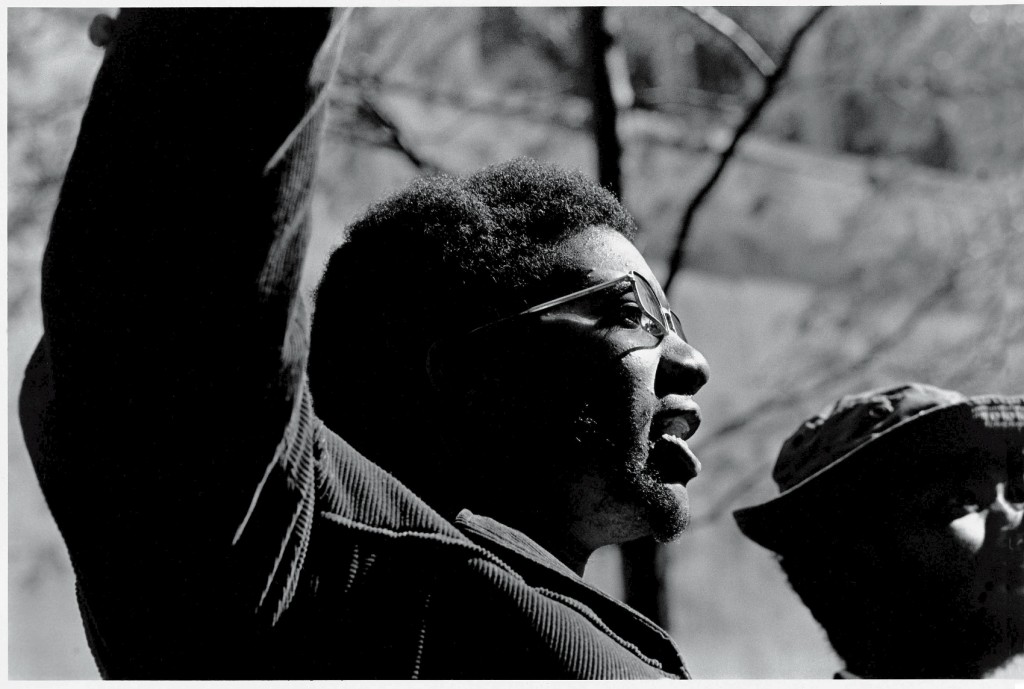 “We gone fight racism, not with racism but with solidarity.” — Fred Hampton

In fact, non-black supporters of the party were large contributors to the defense funds of Black Panther members who were jailed or on trial throughout the country. Hundreds of young white activists rallied and donated to the New York 21, a group of New York City panther members who were later acquitted of more than 150 terrorism-related charges. The Black Panthers also collaborated with protest groups of all races, including the Young Lords — a Puerto Rican street gang turned political activist organization — and The Young Patriots (sometimes called Hillbilly Nationalists). They were a group of mostly white Americans from Appalachia who fought against poverty.

The Black Panthers were not perfect in that regard. Many of the folx on the front line were Black women. Like now. #BlackPanthersPBS

Black women were vital to the success of the Black Panther Party. By the 1970s, women made up the majority of the organization. But even as the movement sought to contradict traditional gender roles and empower women to arm themselves, misogyny was still rampant.

“The Black Panther Party certainly had a chauvinist tone so we tried to change some of the clear gender roles so that women had guns and men cooked breakfast for children,” former leader Elaine Brown said in the film. Although, she later criticized the documentary for its representation, Brown spoke extensively about the often hypocritical messages of male panther members at the expense of women’s rights.

Similar to the treatment of women in the civil rights movement, female black panther members were often relegated to the background. Some of the party’s most active organizers including Brown as well as Kathleen Cleaver and Akua Njeri (Deborah Johnson), were overshadowed by their male counterparts in leadership.

Some viewers also pointed out the absence of Angela Davis, the well-known black liberation activist of the same era. But as director Stanley Nelson tweeted, she was never an official member of the party.

The Panthers had global support:

With an unpopular war going on in Vietnam, many places around the world were outright anti-American or strongly against U.S. involvement in foreign affairs. So, tactically, the Panthers garnered support for their cause by meeting with some the U.S.’s biggest critics: North Korea, China and Vietnam. Members also spread the word of black suffrage in the states by meeting with leaders of African nations including Algeria and Ghana. Supporters joined the movement worldwide, some even created their own.

As Princeton professor Ruha Benjamin tweeted, the Panthers even influenced similar movements around the world. The Dalit Panthers, for example, is an organization of revolutionaries who fought against the caste system in India. They modeled their grassroots activism after their African-American counterparts. Aboriginal activists in Australian founded their own version of the Black Panther Party in 1971. The international reach of the organization was so wide that FBI Director J. Edgar Hoover, even in the middle of Vietnam war, declared the Black Panther Party “the greatest internal threat to the nation.”

The Black Panthers were brought down from the inside out:

A combination of in-fighting and government infiltration signaled the end of the Black Panther Party by the early 1980s. The FBI, under the illegal counter-intelligence program known as COINTELPRO, successfully planted informants within the organization to both stifle its plans and create internal conflict. And it worked. Former agents allege the FBI secretly arranged for panthers to get guns, only to be arrested and sentenced for possessing them during orchestrated raids. Over time, most of the panther’s most vocal members were either in jail or dead. Former informant William O’Neal admitted to providing details vital for agents to execute an offensive that killed emerging leader Fred Hampton and injured several others. While O’Neal was paid a mere $300 for providing information, Hampton’s family received a $1.85 million settlement from the the City of Chicago, Cook County and the federal government.

As clashes with police climbed, dissent built from within. Former leader Leroy Eldridge Cleaver, who fled the U.S., disagreed with his successor Huey Newton’s reformed approach of community building, instead encouraging even more confrontations with authorities. The FBI capitalized on the internal conflict, calling it an “opportunity to aggravate and possibly neutralized through counterintelligence.”

“It was a split in the party,” former panther William Calhoun recalled. “And within days we began to feel just how bad it was.”

It led to a break within the movement between those who supported Cleaver and others who trusted Newton. Those who were disillusioned by the conflict left the Black Panther Party altogether, and the organization’s decline quickly followed.

Many social programs today can trace their beginnings to reforms instituted under the Black Panther Party’s 10-point plan, including a free breakfast program that primarily serves low-income, minority students. The Panthers also opened more than a dozen free health clinics (called the People’s Free Medical Centers) nationwide, offering services like diabetes monitoring and sickle-cell screenings to the poor. More than 40 years later, thousands of health clinics around the country model this community-based initiative.

If you missed Tuesday’s airing, you can watch “The Black Panthers: Vanguard of the Revolution” here on PBS.org through the rest of February.

Editor’s note: This post has been updated to correctly identify J. Edgar Hoover — he was FBI director at the time he declared the Black Panther Party “the greatest internal threat to the nation.”