The data behind the women’s movement

This Saturday, hundreds of thousands of activists will convene for the second iteration of the Women’s March, a massive event centered on women’s rights, along with racial equality, immigration and other social justice issues. Countless pink “pussy hats,” having lain dormant in closets since last January, will reemerge to color the streets of Washington, New York, and other cities across the country. This year, the march coincides with the so-called “me too” movement, a collective call to end sexual harassment, assault, and other behaviors that disproportionately harm women and corrode the pursuit of gender equality.

As the march approaches, now seems like a good time to step back and assess the overall state of women’s issues, in the U.S. and globally. The following charts show recent data on some of the most important topics around gender equality, highlighting global averages, as well as data from the U.S. and various outlying countries.

The first set of visualizations focuses on areas that are not ostensibly gender-related—such as education or representation in government—and which reveal socially and culturally rooted “gender gaps” that marginalize women. 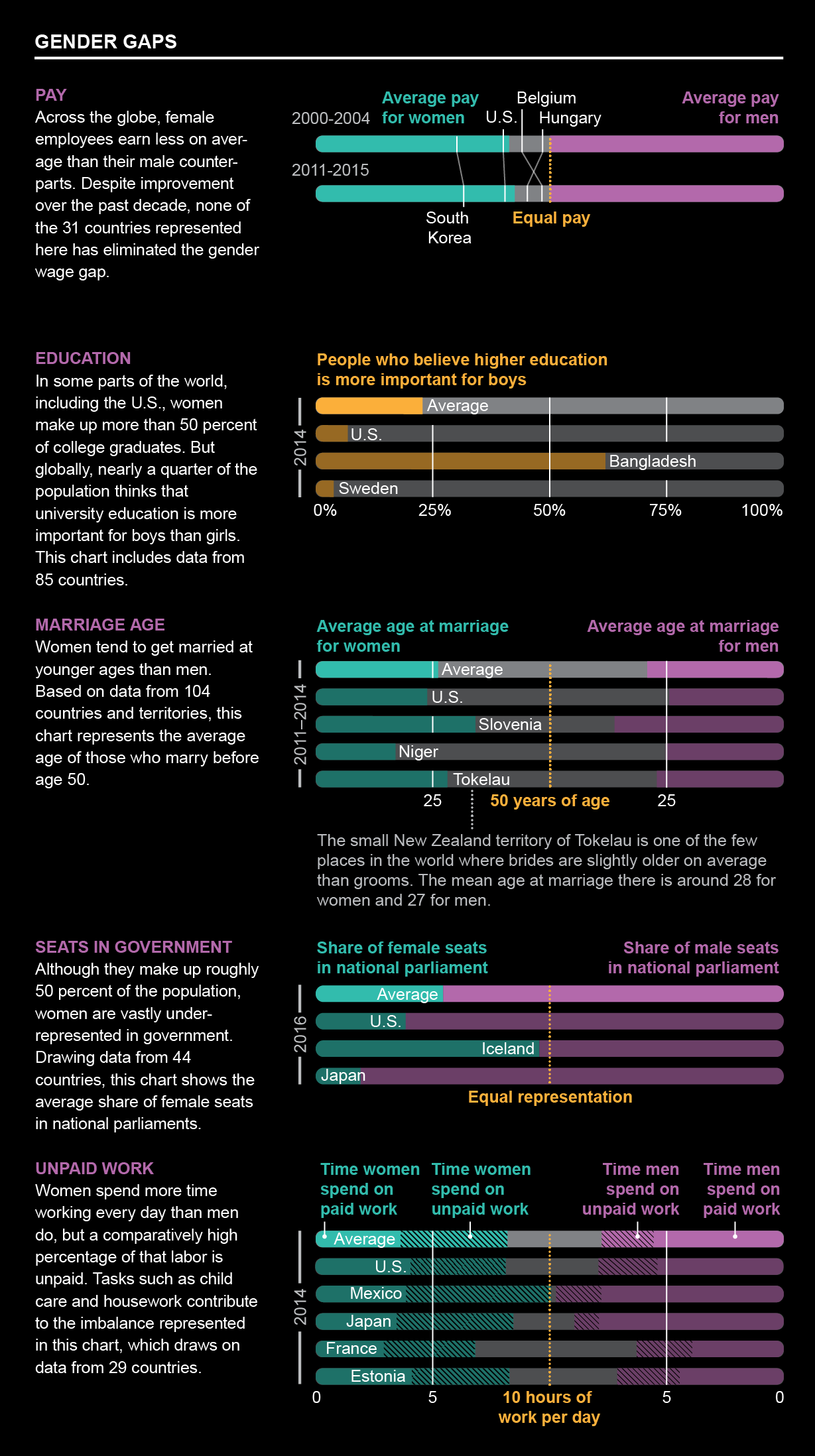 The second series of charts highlights issues that, by their nature, tend to affect women more directly and/or at higher rates than men, such as maternal mortality or domestic violence. 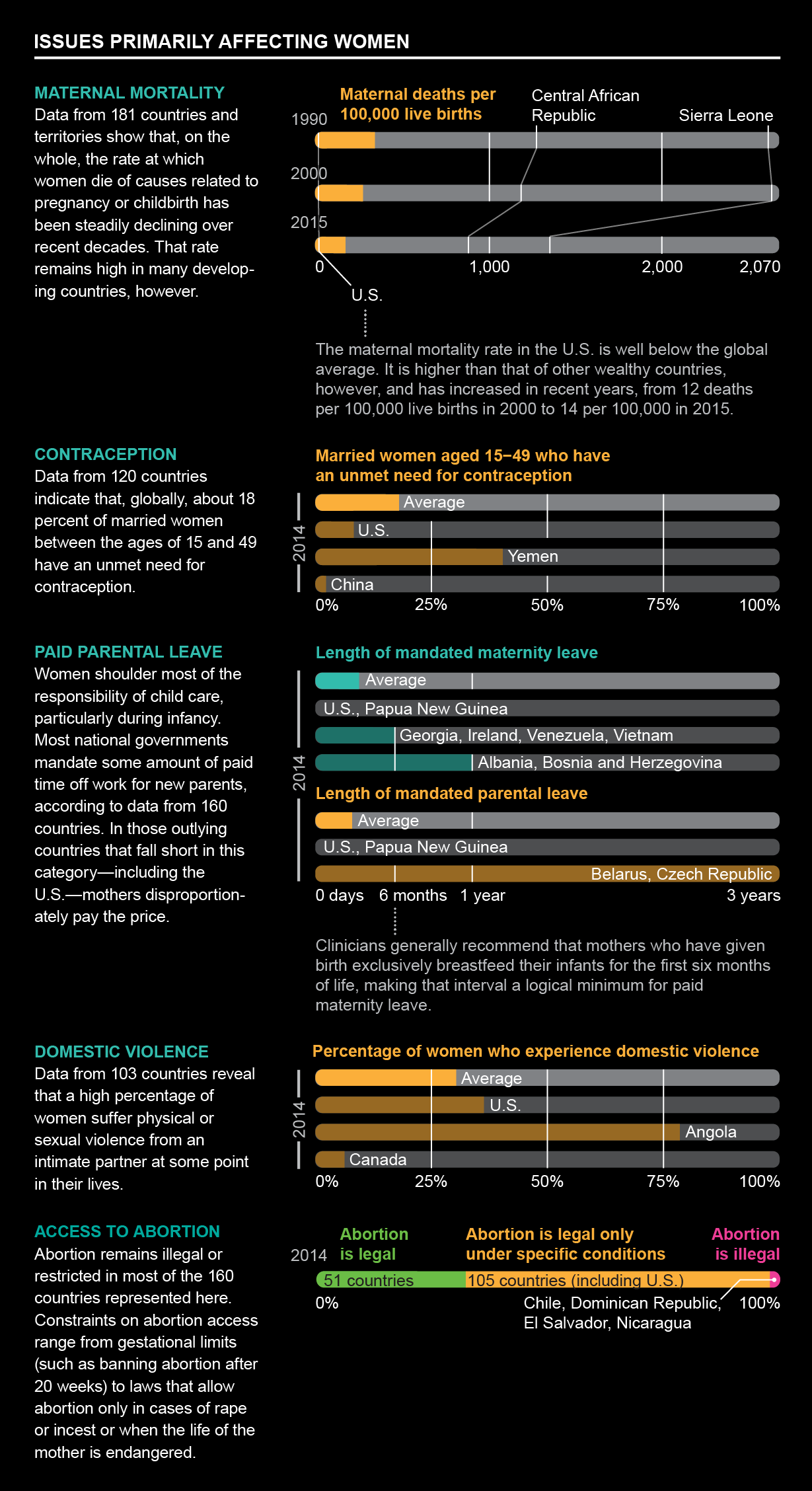 While these data paint a rather dismal picture overall, some of them do offer hope. Things are getting better with time, and some countries show exceptional progress in certain areas, demonstrating that change is possible. If nothing else, a quick scan of these charts should help steel the resolve of those taking part in Saturday’s march.

For more on this topic, check out the September 2017 issue of Scientific American, which explores the complex social and biological issues surrounding sex and gender.

This article is reproduced with permission from Scientific American. It was first published on Jan. 19, 2018. Find the original story here.

Left: Gizelle Begler and Mira Veikley pose for a photograph at the Women's March in Washington, D.C., on January 21, 2017. Photo by Shannon Stapleton/Reuters