No, this isn’t a story about how the cost of your Thanksgiving dinner went up this year. It didn’t.

Unless, of course, you decided to upgrade from a Butterball turkey, at supermarket prices, to a free range turkey, like the ones raised at the Ekonk Hill Turkey Farm in Sterling, Connecticut. They sell for $4.49 a pound.

A family business, the farm makes 50 percent of its money in just one short week of the year. And as Paul Solman reported Wednesday, there’s internal dispute — like in any business — about what direction they should be going in. Expand to hopefully make more money, as farmer Rick Hermonot is pushing for? Or keep it manageable? “Money isn’t everything,” says Elena Hermonot, who runs the business with her husband.

Money wasn’t everything to the Native Americans who dined with the pilgrims 393 years ago either. Last year, Making Sen$e went back to 1621, to the very first Thanksgiving.

Paul Solman reported from the Wampanoag Homesite at Plimoth Plantation in Plymouth, Massachusetts, where he sipped venison stew from Native Americans and inspected three-penny knives with British merchants eager to barter for deer pelts to sell in London.

What emerged from Paul’s time travel was a distinctinction between two models of economic exchange. On the one hand, the settlers traded to profit so that they could pay back their investors, and hopefully, reinvest in Plymouth. But the native people didn’t have the same concept of property ownership as the settlers. “You weren’t trying to make a profit or look better than anybody else. If you took more than everybody else, people in the community wouldn’t have liked that,” said Tim Turner, of Plimoth Plantation. The native people saw exchange more akin to gift-giving.

“Indian giver.” That expression — and its pejorative connotation that someone gave a gift they want back — always intrigued Lewis Hyde, author of the 1983 classic “The Gift.” Researching his book, however, he discovered it meant much more than that. “The key difference between gift exchange and commercial exchange is the gift exchange sets up a connection,” he told Paul. “Particularly if I feel grateful for the gift you have given me, I may want to do something in return. And this begins to set up a relationship between you and me.”

Hyde, who accompanied Paul to Plimoth Plantation last year, on what was the 30th anniversary of the publication of his book, expanded upon his thesis on the Making Sen$e page last Thanksgiving.

As a gift to our readers on this Thanksgiving, check out NewsHour’s Facebook page to see Paul Solman get up close and personal with some fowl friends. Find more of our content on Making Sen$e’s Facebook page. 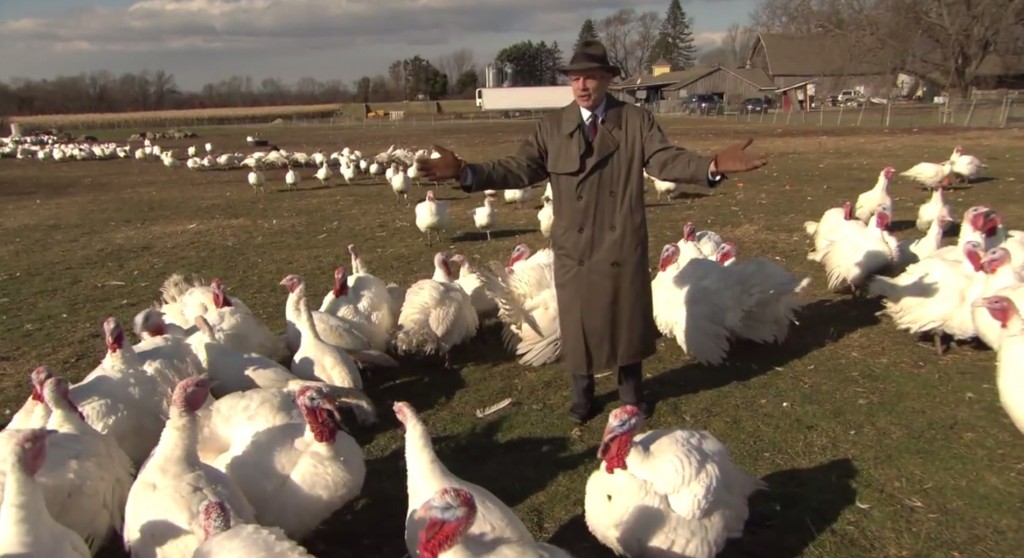