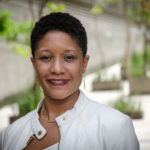 The sting of the premature death of 27-year-old Erica Garner, daughter of Eric Garner, is still fresh.

On Christmas Eve, Erica Garner suffered a massive heart attack which caused extensive brain damage. She died on Dec. 30. This latest loss emphasizes something we have known: Black women are dying from the trauma of police violence and this issue must be grappled with before more die.

When I heard the news of Erica Garner’s heart attack, a wave of familiar shock and pain ran through me. I immediately recognized the correlation between her heart attack and her father’s death because I had seen it before.

As an anthropologist who studies the impact of police violence on black communities in Brazil and the United States, I was familiar with many stories like Erica’s. My research examines the ways that police violence kills black women slowly through trauma, pain and loss.

Some may find this idea startling. Let me explain.

In the wake of the deaths of black people at the hands of the state – from the police to the prison system – the living are often weighted with a sadness that is too heavy to bear, and in the weeks and months following the initial death of a loved one, they become sick and many die prematurely.

The pain of loss kills with heart attacks, strokes, depression and even anemia.

When we think of police lethality, we typically consider the immediate body count: The people that die from bullets and baton blows. The death toll gives the impression that black men are the disproportionate victims of police killings. But these numbers do not reveal the slow death that black women experience. The long-range trauma police brutality causes can be as deadly as a bullet. The pain of loss kills with heart attacks, strokes, depression and even anemia.

This is not to say that black women do not also die from the immediate physical effects of police abuse. The work of researchers like Andrea Ritchie and Kimberle Crenshaw, and black women’s organizations like Assata’s Daughters and Let Us Breathe Collective clearly demonstrate that they do. But in addition to working tirelessly to draw attention to the immediate ways that black women are killed and abused by the police, it is also important to consider what happens to black women in the weeks and years after lethal police encounters.

To be sure, black men also suffer from the trauma and pain of brutal policing. But I believe that the people most affected by the sequelae, the fallout of state violence, are black women, particularly black mothers. This is true beyond the United States.

It happens in Brazil.

Consider the case of Dona Iraci, the 45-year-old grandmother who died of a heart attack when the police in Salvador, Bahia, raided her home looking for her grandson in 2002. Anthropologist Keisha-Khan Perry chronicles this story in her research on black land rights struggles.

There is also the story of Joselita de Souza, the mother of a 16-year-old boy who was gunned down and killed when the police ambushed the car he was riding in with his friends in Rio de Janeiro in 2015. Less than a year after her son’s death, de Souza died of what her family members said was “sadness.” After Roberto was killed, she stopped eating everything but soup, developed a severe case of anemia and passed away from its complications. 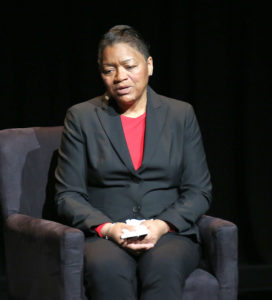 In 2016, Venida Browder died of complications from a heart attack at St. Barnabas hospital in New York. Sixteen months earlier she lost Kalief, her baby boy, to suicide. Kalief had been suffering from depression since his release from Rikers Island, where he spent three years awaiting trial for allegedly stealing a backpack. His case was eventually dismissed, but not before he suffered permanent damage. While locked up, he was severely beaten and subjected to more than 800 days of solitary confinement. Venida Browder worked relentlessly to release her son from prison. But, by the time she succeeded, the trauma of his confinement had taken a deadly emotional toll. It eventually took a toll on her as well.

In one of her last interviews before her death, Erica Garner talked about the death of Venida Browder, and her own health challenges.

“Look at Kalief Browder’s mother, she died of a broken heart,” Erica Garner said. “I’m struggling with my health right now. … The system beats you down.”

One study found that “At ages 49–55, black women are 7.5 years biologically ‘older’ than white women.”

In multiple interviews, Garner talked about her deep sadness. She also talked about the financial obstacles that black families living on public assistance, like hers, face when they need therapy to deal with grief.

Racism kills black women, yes. And Erica Garner’s passing cannot be separated from the growing research that demonstrates that the toxic stress of living with gender-based racism in America, “misogynoir,” has a deadly impact on black women’s health in pregnancy. Erica Garner had a baby boy in August. She named him Eric after her father.

The enlarged heart that in part caused her heart attack was strained due to her recent pregnancy. But the added dimension of her father’s death complicates the difficult yet familiar story of black women, maternal death and racism.

In addition to the cumulative effects of misogynoir that no doubt took a toll on her body, the extreme trauma of having her father choked to death by Staten Island police officers and then having to watch the video of his killing loop endlessly on social media and television exacerbated her experience with stress in her everyday life. Indeed, she said as much.

The links between stress and disease are clear and corroborated; just consider the connections between stress and cancer. The impact that stress has on black women is acute. Black women already exhibit signs of accelerated aging due to the stress of gendered racism in our everyday lives. One study found that “At ages 49–55, black women are 7.5 years biologically ‘older’ than white women.” We can only imagine what that looks like for a young woman who has been through all that Erica Garner experienced.

Erica knew that the aftershocks of her father’s death were killing her slowly. This is what in part makes her death so painful. The fallout of police violence, not just the chokeholds and baton blows, are killing black women. If the world is to truly begin to take steps to preserve black women’s lives, then we must take this into account in our discussions. Given Erica’s passion for justice, and her fearless and fervent efforts to fight police violence, I believe that is one fight she would want to see tackled right now. I also believe that she would be leading this fight if she were here today.

Christen A. Smith is an associate professor of African and African diaspora studies and anthropology at the University of Texas at Austin. This article was originally published on The Conversation on January 4, 2018. Read the original article.

Above: Eric Garner's daughter Erica Garner takes part in candlelight vigil at the site where her father died in July 2014 after being put in a chokehold, during a Martin Luther King Day service in the Staten Island borough of New York, U.S., January 19, 2015. Photo by Carlo Allegri/REUTERS