The Oprah Effect, by the Numbers 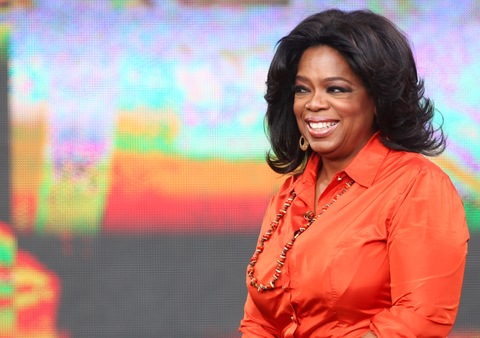 As Oprah wraps up her daily talk show Wednesday, it’s tough to overstate the cultural force known as the Oprah Effect, permeating everything from the TV business to books and magazines to charity to outright promotion of commercial products.

Her ratings may have dipped in recent years, but she’s had the No. 1 daytime show for more than two decades and she’s still earning close to $300 million this year. With the 4,561st and final episode airing Wednesday, we provide a few other numbers of the Oprah Effect.

48 million viewers
The estimated number of viewers who watch her show every week in the U.S.

55 million
Number of books sold since they were selected by Oprah and then discussed and promoted on Oprah’s Book Club. That’s according to a Fordham University marketing professor who has made an estimate. Of the 70 books she singled out, 59 made it to the USA Today bestseller list. But even the Oprah Effect has its limits: Charles Dickens’ novels, “Great Expectations” and “A Tale of Two Cities” peaked at No. 52 on the USA Today bestseller list last year.

$2.7 billion
Her estimated net worth according to Forbes Magazine. She is also the only female African-American billionaire.

No. 3
Forbes ranks Oprah as the third-most-powerful woman in the world, behind only Michelle Obama and Irene Rosenfeld, the chief executive of Kraft.

276
Pontiac G6 sedans she gave away to audience members during a September 2004 show, giving rise to the memorable moment: “You get a car! And you get a car! Everybody gets a car!”

$1 million
What advertisers are paying for a 30-second spot on Oprah finale, matching what a hot prime-time spot costs.

150
Countries where the Oprah Winfrey Show is seen.

80 million
The number of homes that carry her new network, OWN.

300,000
Average number of prime-time viewers who watch OWN at night.

150,000
Average number of viewers tuning into OWN during the day. This poses the next challenge for the Oprah Effect. Can she lift her fledgling network’s numbers?

And finally, there have been so many words — books even — written about Oprah that it’s too difficult a task to even cull it down to a “best-of” list. But if you aren’t quite saturated enough in coverage this week, here are a few links to some interesting pieces about her and the Oprah Effect.

Let’s start with a moving tribute from novelist Edwidge Danticat who writes in the Wall Street Journal about her breakthrough with Oprah’s Book Club and the impact it had on her life and her family. USA Today breaks down more of Oprah’s impact on the world of books and publishing. (Scott Sossel took issue with the tone and focus of Oprah’s Book Club in The Atlantic during one of two dust-ups with author Jonathan Franzen.)

There are too many good pieces to count about her impact on television, but Audrey Edwards has a nice essay at The Root about how Winfrey changed the landscape of daytime TV. Los Angeles Times TV critic Mary McNamara explores how her message of self-empowerment spread. And Elizabeth Tenety picks up on the idea of the so-called Church of Oprah and her role as a kind of spiritual leader in The Washington Post.

Feeling a little too much saccharine in these readings? Well, let’s make space for some critical views. TV critic Eric Deggans, who paid nice tribute to Oprah this week on NPR and talked about her unique role, did take issue with Oprah’s obsession with celebrity in a piece for the Huffington Post back in 2007. Much harsher though was Weston Kosova’s piece in Newsweek in 2009 criticizing Oprah for giving too large and serious a platform to questionable, unproven or false ideas in health and medicine.

But, given that it’s Oprah’s big finale, no need to end on a downer.

The Chicago Tribune has a piece on her generous philanthropy. And, last but not least, we include a list of 25 big moments from her TV career to date.