In 2016, evangelical voters turned out to support Donald Trump at the polls in overwhelming numbers. The twice divorced real estate mogul-turned-reality television star may not have been the Christian right’s ideal candidate, but he promised to promote conservative social beliefs in Washington and that was enough.

Two years later, a majority of evangelicals believe President Trump has upheld his promise, and they’ve continued supporting him despite the growing list of scandals and investigations facing the White House. This November, that support could be more crucial than ever.

With control of Congress up for grabs and Republicans trying to fight off a “blue wave,” evangelical groups in recent months have quietly stepped up their political activity to help the GOP hold onto the House and Senate.

Evangelical political leaders said Christian grassroots voters are more engaged this year than they were in the last two midterm cycles, 2010 and 2014, when Republicans made large gains in Congress.

“What we’ve seen from 2010 until now is that the number of Christians is basically the same as it’s always been. But they are much more politically engaged and organized,” said Tim Head, the executive director of the Faith and Freedom Coalition.

Faith and Freedom Coalition launched a campaign this month targeting Senate, House and governor’s races in 19 states. The group plans to spend $18 million, according to Head, which would nearly double the $10 million it spent in 2016.

The group’s volunteers plan to knock on over 2 million doors of micro-targeted social conservatives before Election Day, Head said. In contrast, the group only targeted 11 states and knocked on 1.2 million doors in 2016, Head said.

The organization is also planning to contact over 17 million social conservative voters this fall through phone calls, mail and e-mails urging them to vote.

The Faith and Freedom Coalition has also partnered with 30,000 churches to distribute voter guides at their Sunday services throughout October. 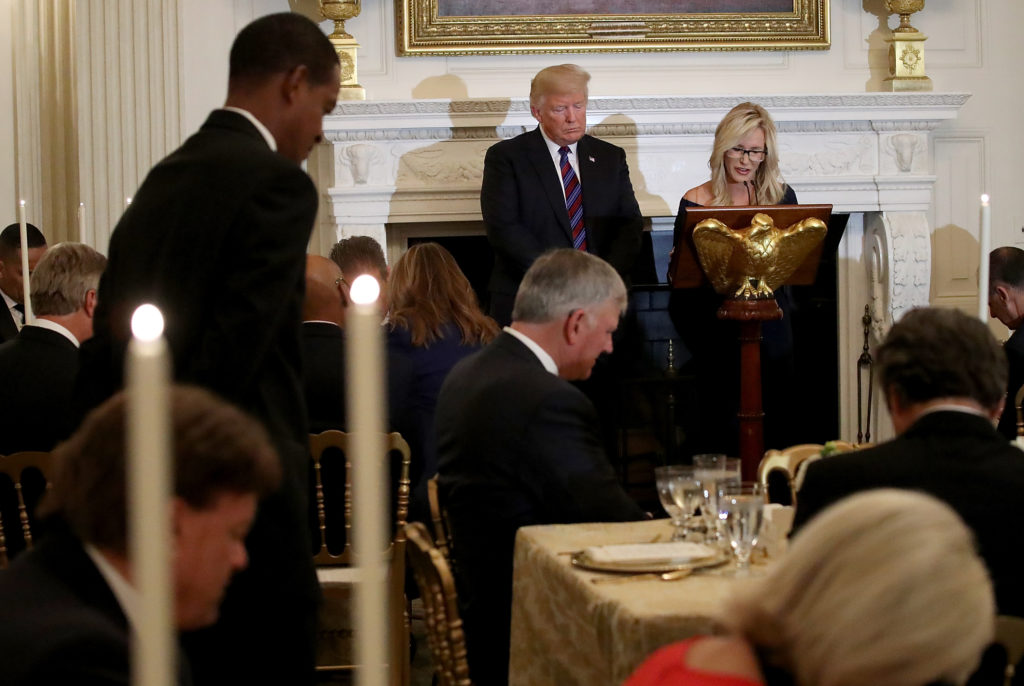 Family Policy Alliance, the campaign arm of Focus on the Family, has operations in 40 states and expects to raise nearly $3 million this election cycle, a slight increase from 2016.

Already, the organization has contacted close to 850,000 voters to support 39 candidates in eight states. Paul Weber, the group’s CEO, said the grassroots work was based on relationships with churches and communities that are nurtured throughout the year, before election season is in full swing.

“We don’t want to swoop in and out,” Weber said.

In 2016, 81 percent of evangelicals voted for Trump. But while many evangelical leaders argued that the support hasn’t changed through Trump’s first 20 months in office, others noted polling showing some cracks in the voting bloc.

Only 10 percent of white evangelicals reported a high likelihood that all of their friends would turn out on Election Day, according to a poll taken this year by Public Religion Research Institute, a nonprofit research organization that tracks how religion influences politics.

Still, the poll also found that among evangelicals with favorable views of Trump, 40 percent said there was virtually nothing he could do to change their minds about him. And overall, 75 percent of respondents said they supported Trump.

Robert Jones, the institute’s CEO and founder, conceded that for many evangelical voters, supporting Trump is built-in by now. “It’s a part of their DNA at this point,” Jones said.

This fall, evangelical groups are focusing on Democrats who are defending seats in states that Trump won in 2016. At the same time, they’ve also built teams to help defend Republicans running for reelection in blue districts.

Religious organizations have partnered with churches to send field organizers to states including North Dakota, Missouri, Montana, West Virginia and Florida — states where Republicans have a good chance to flip seats in the Senate.

The outreach has largely focused on Trump’s appointment of conservative judges.

For many faith voters, appointing judges with conservative views on abortion, religious freedom and other issues is a top political priority.

Evangelical voters care about the economy and national security like anyone else, but their focus social issues — and abortion in particular — set them apart, Head said. “The number one issue has always been the question of life,” he said. 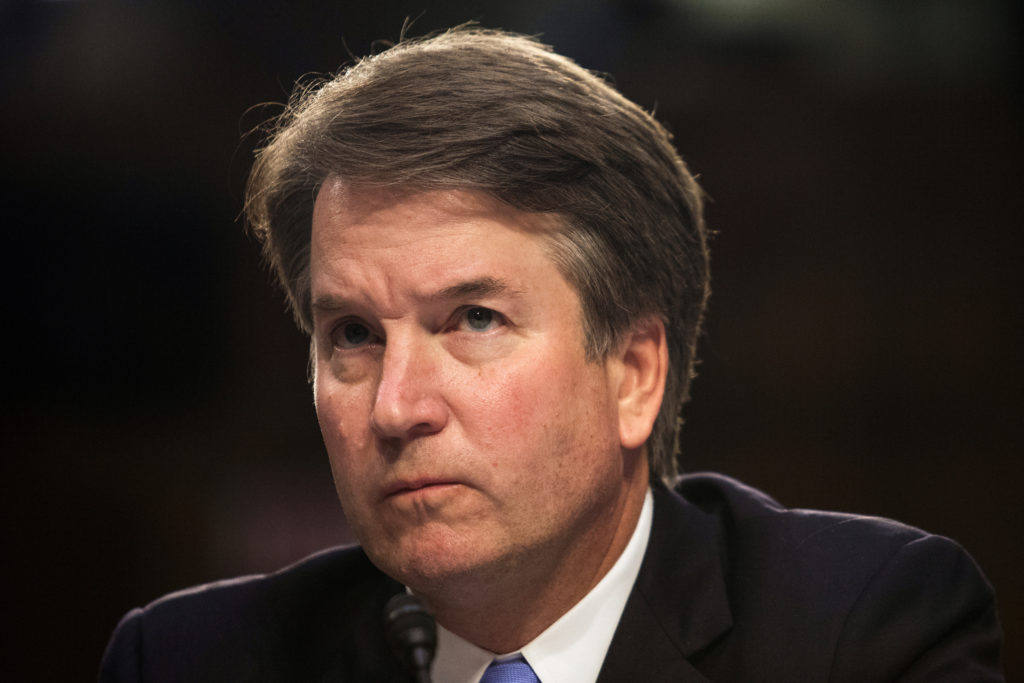 Supreme Court nominee Brett Kavanaugh testifies during his confirmation hearing earlier this month. For many evangelical voters, placing conservatives on the federal bench is a top priorty. File photo by REUTERS/Alex Wroblewski

Jim Daly, the president of Focus on the Family, said judicial appointments were the “high calling of a bloc of voters who see the bench as critical to policy making.”

The Supreme Court vacancy resulting from Antonin Scalia’s death in 2016 rallied conservatives to the polls. Under Trump, the Senate has appointed dozens of lower court judges, as well as Supreme Court Justice Neil Gorsuch, who replaced Scalia on the high court last year.

And before the election, the Senate could confirm a second Supreme Court Justice, Brett Kavanaugh, which would give Trump and Republicans another major win.

The appointments remind evangelicals why they voted for Trump in the first place, and could energize them to keep supporting him even as the president faces mounting pressure from special counsel Robert Mueller’s Russia investigation and other legal challenges.

The more the president is criticized and scrutinized by Mueller’s team, the more faith voters will dig in and support for him, Daly said.

“I think the attacks by those that oppose him, whether it’s the media or the Democrats, I think it only strengthens the resolve of the conservative voter,” he said. “They see it as so highly partisan that it galvanizes them to fight even harder.”

Since taking office, Trump has hosted numerous events with faith leaders, including a recent meeting of 100 evangelical pastors at the White House in late August. In a leaked audio tape of the meeting, Trump urged the pastors to persuade their constituents to vote, and warned that a wave election for Democrats in November would usher in a “violent” and “miserable” era for evangelicals.

“I do not think it’s going to be an overwhelming blue wave at all,” Weber said. “Pro-family voters will show up, and they will vote their values.”

Left: Attendees sing God Bless America during a rally in California in May organized by Rev. Franklin Graham, who toured the state urging evangelicals to vote. Evangelical groups are planning to spend millions to support Republican candidates in the 2018 midterm elections. (Photo by Justin Sullivan/Getty Images)