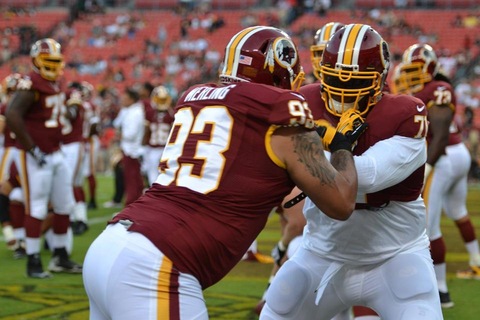 The San Francisco Chronicle’s managing editor Audrey Cooper told Poytner Wednesday that the paper will stop referring to the Washington, D.C. football team as the “Redskins.”

Cooper said the decision was communicated internally Oct. 25, adding that one of the sports columnists suggested the move. She writes in her email to Poynter:

“Our long-standing policy is to not use racial slurs — and make no mistake, ‘redskin’ is a slur — except in cases where it would be confusing to the reader to write around it. For example, we will use the team name when referring to the controversy surrounding its use.”

The Buffalo News’ Tim Graham and The Kansas City Star both have stopped using the term. And small publications not focused on sports, such as Slate, Washington City Paper and Mother Jones, have refrained from using “Redskins” as well.

“Words are powerful, and so is how we choose to use them,” Cooper writes.