Thousands marched in New York City and Washington, D.C. on Saturday in two of the largest protests this year against fatal shootings by police.

Protesters in Washington, D.C., joined Rev. Al Sharpton, the National Action Network and the families of victims including Tamir Rice, Eric Garner, Michael Brown and Amadou Diallo. The families led the march, which started at noon and went down Pennsylvania Avenue to the Capitol.

The Millions March in New York City brought protesters together with activist groups that included Ferguson Action and Black Lives Matter. The march began at Washington Square Park at 2 p.m. and was slated to end at the New York Police Department headquarters in lower Manhattan.

Observers estimated the number of protesters marching in New York at more than 10,000, according to Reuters.

#MillionsMarchNYC has arrived in Foley Square. Closing in on 1 Police Plaza. pic.twitter.com/1LW3Py1bjm

In Washington, Sharpton spoke to a crowd of thousands about the importance of unifying for the same purpose.

“We have the same goal, and that is equal protection under the law,” Sharpton said. “And that’s not black against white, it’s right against wrong. This is not a black march or a white march. This is an American march for the rights of American people.” 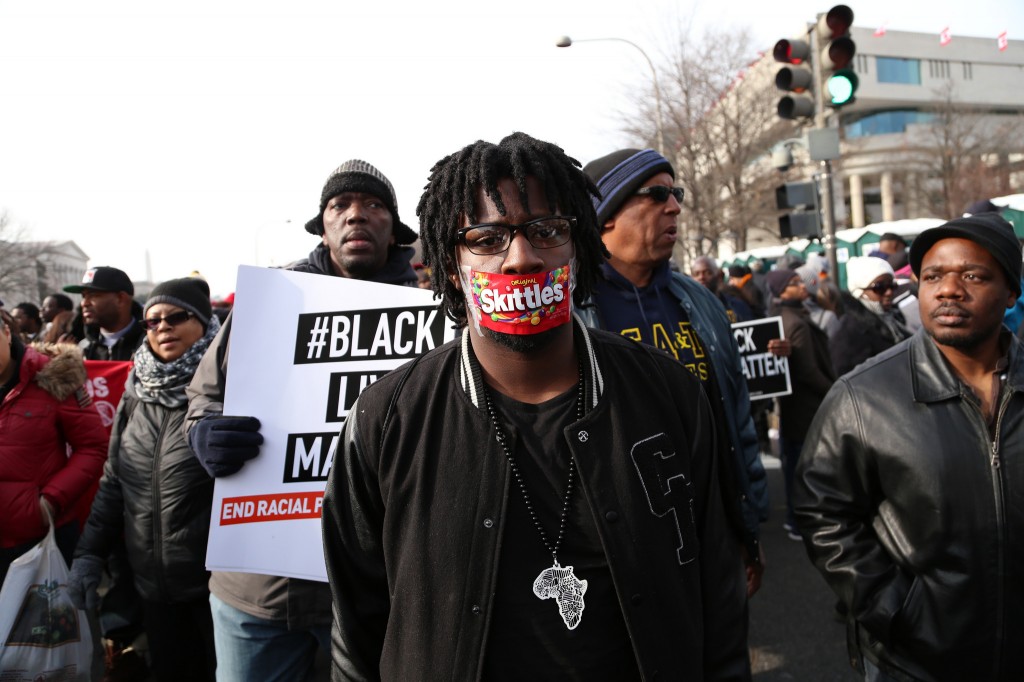 Emmanuel Duru of Baltimore marches during protests in the capital on Saturday. Photo by Eric Krupke/PBS NewsHour

Speakers at the rally called for body cameras on police officers and appealed to the Justice Department to bring charges against police officers involved in these killings.

“We will get justice for our children,” said Samaria Rice, mother of Tamir Rice. Tamir’s death was ruled a homicide by a medical examiner on Friday. 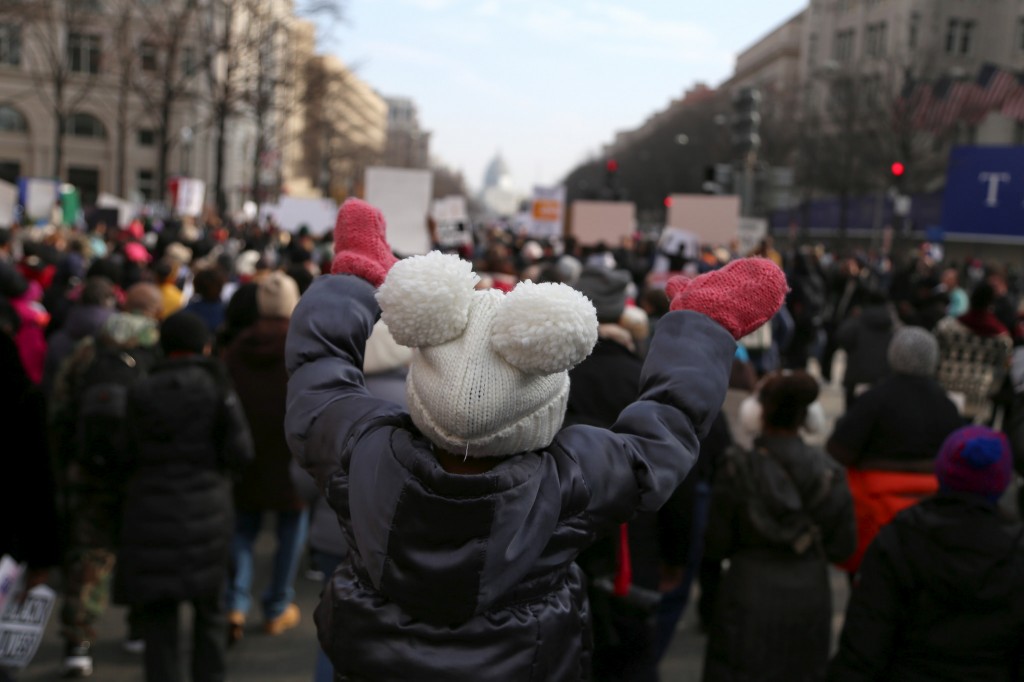 Thousands of protesters march from Pennsylvania Avenue to the Capitol on Saturday as part of day of demonstrations in Washington and New York. Photo by Eric Krupke/PBS NewsHour

Sabrina Fulton, Trayvon Martin’s mother, said the recent wave of high-profile police killings have brought needed attention to an issue that with a storied history in this country.

“This is not something new that just started…it’s just that some folks just woke up,” she said. 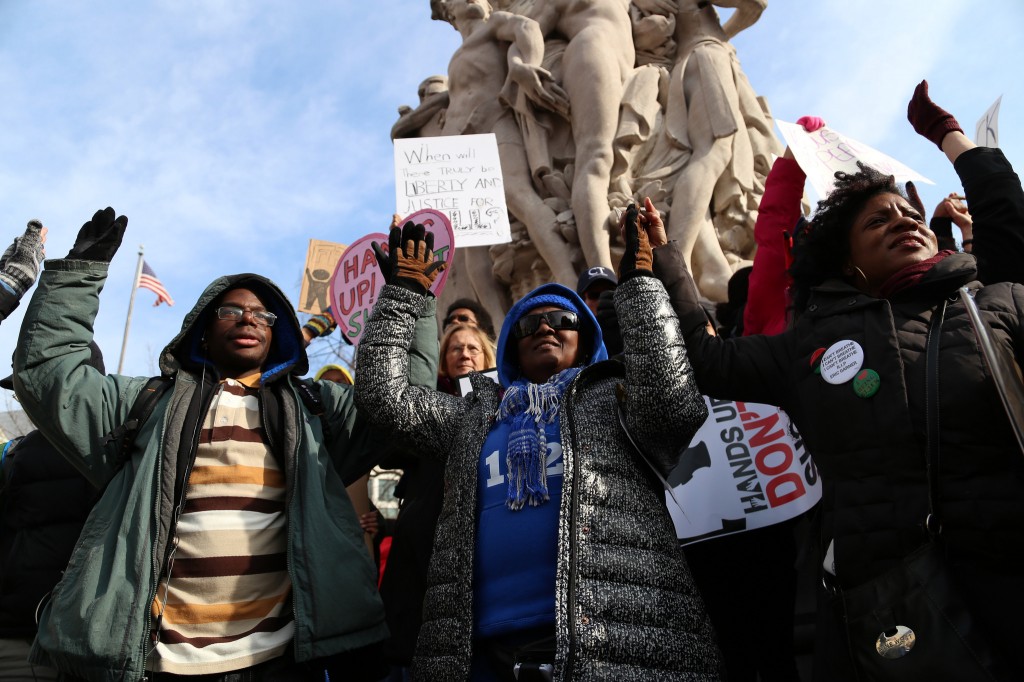 “We are powerful beyond measure,” he said. “We are the ones we have been waiting for.”