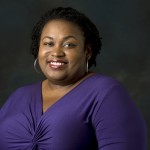 We treat racism like it’s going extinct. It’s not.

When 28-year-old George Zimmerman killed 17-year-old Trayvon Martin on a residential Sanford, Florida, street in February 2012, after trailing the hoodie-clad, iced tea-carrying youth through the neighborhood because he looked “suspicious,” it became clear that America’s Millennial generation had not, in fact, disentangled itself from the nation’s sordid, bloody and lamentable history of racial atrocity. For George Zimmerman, born in October 1983, fits almost every standard definition of the Millennial generation.

Based upon most studies of Millennials, I loosely define them (or us) as a generation of people born in the late 20th century who have or will come of age in the first two decades of the 21st century. For instance, having turned 18 in 1998 (voting age) and 21 in 2001 (drinking age), I usually reluctantly call myself a cusp-Millennial.

Darren Wilson, the police officer who killed Michael Brown Jr. on a residential street in Ferguson, Missouri, in Aug. 2014, definitively fits the Millennial classification. Born in 1986, Wilson later testified in reference to Brown that “it looked like a demon,” and that he (Wilson) felt like a child trying to wrestle “the Hulk.” Both Wilson and Brown stand at 6 feet 4 inches, and both weighed between 200 and 300 pounds. Wilson also had a gun. Moreover, Wilson’s characterizations of Brown as less-than-human, as monstrous, and dangerous, fit within a long and enduring history of stereotypes of black men as criminals, animals and brutes.

We treat racism as though it is the contained characteristic of a specific species of human beings known as racists, that lived in a prior era of American history, but have now nearly become extinct.
Recent polling data also indicate that white Millennials are nearly as likely as their parents (61 percent to 64 percent respectively) to believe that white people are harder working and more intelligent than African-Americans. The paradox of progress, as historian Jelani Cobb calls it, is that these negative racial attitudes persist among young white Americans even though they are the same generation that played a pivotal role in the election of Barack Obama to the presidency. But it is important to recognize that mainstream acceptance of exceptionally accomplished black people is not an accurate indicator of the racial attitudes of the general populace.

Recently, young fraternity members at the University of Oklahoma were caught on video singing a chant that copiously used the N-word, proclaiming that there would never be one in their fraternity. Two students were expelled, and we were treated to the requisite white American morality tale of shock, disavowal and denouncement. The problem is that these incidents happen every year. In fall 2013, a white sorority at the University of Alabama rejected two pledges of color seemingly solely on the basis of race. Moreover each year, we hear stories of fraternities and sororities and other campus groups throwing race-themed parties that traffic in stereotypes about African-Americans and Latinos.

The shock and surprise from white Americans about these continued incidents baffle me. These clear racist and racially-tinged occurrences happen with a kind of quotidian regularity. The question is why we think the problem of racism is an evolutionary problem rather than an ideological one. We treat racism as though it is the contained characteristic of a specific species of human beings known as racists, that lived in a prior era of American history, but have now nearly become extinct. We keep missing that racism is ideological and institutional, rather than merely individual.

Or we treat racism like an outmoded technology, hoping that it will go the way of the rotary phone, the cassette tape and the VCR.

We keep missing that racism is the message, not the medium. The message more specifically is antiblackness and white supremacy. These messages have never been properly addressed or even remotely dismantled, and this is why they persist despite the medium. Such messages adapt to new media and new technologies — be they digital technologies or social phenomena like gentrification, segregation, over-policing and mass incarceration, which perpetuate the fundamental message of racism, namely black inferiority.

Millennials have grown up in a world marked by these messages. And we have come of age and reached young adulthood in a struggling economy, with a shrinking middle-class, rising college costs, and limited job opportunities. When resources are scarce in this way, the old messages about who is worthy resonate and often come to predominate.

Despite this dismal picture, I still think Millennials have a chance to shift the generational narrative on racism. Young black Millennials and Millennials of color have taken to the streets proclaiming a new message — Black Lives Matter. Unbowed by the recalcitrant racial attitudes of their white Millennial counterparts, these young people of color are demanding that America change, demanding a dismantling of the social technologies of racism, demanding that black lives be treated with value. And I believe that we will win.

Left: Protestors block the road in Washington, D.C., during a protest after two grand juries decided against indicting police officers involved in the deaths of Michael Brown in Ferguson, Missouri, and Eric Garner in New York. Photo by Samuel Corum/Anadolu Agency/Getty Images