This is the trigger that could launch a nuclear war

Rarely have Americans seen the inner workings of the Navy submarines that sail the world under the sea, loaded with the most deadly weapons in existence: nuclear arms.

But PBS NewsHour, in partnership with the Pulitzer Center on Crisis Reporting, was given a rare look at the Navy’s plan to replace the current generation of nuclear-armed warships.

While reporting aboard the USS Pennsylvania, an Ohio-class submarine armed with up to 24 Trident D-5 nuclear missiles, we witnessed an abbreviated battle drill simulating the launch of three of those missiles.

It’s a precise and efficient operation, and if exercised successfully, could initiate nuclear war.

A detail of the operation that caught our eye was a black joystick-looking device held by Weapons Officer Lt. A.J. Walker. This is the instrument that could ultimately launch the nuclear weapon. 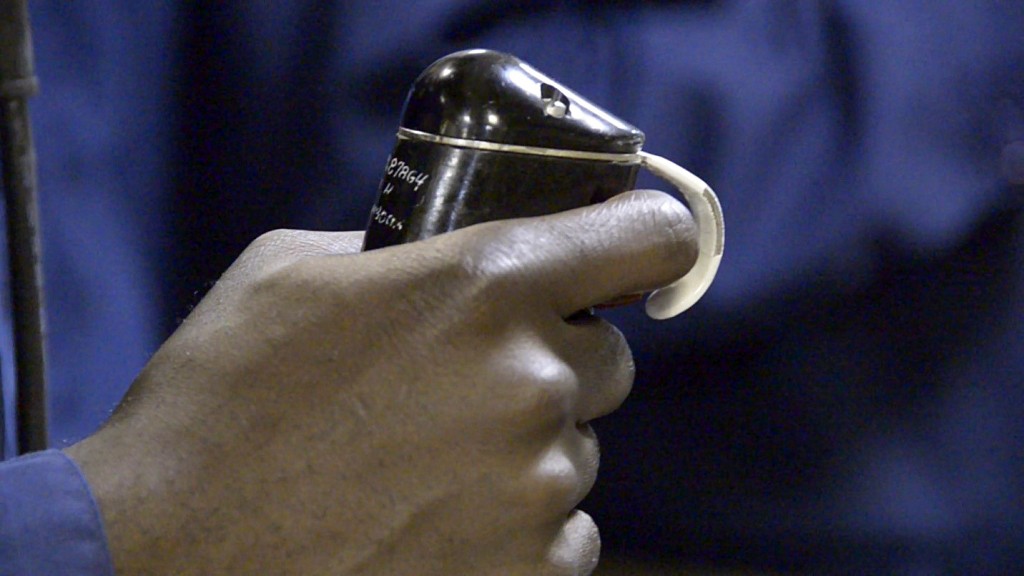 The firing key that is used to actually fire a missile is red. Photo by Dan Sagalyn

“Nobody on the boat wants [a launch] to happen, but it’s important that we train for it, because if tasked, we are going to execute that mission.”

Editor’s note: This post has been updated to correct the number of simulated launches in the drill.

Watch the full report from the USS Pennsylvania on tonight’s PBS NewsHour. Read more from the series: How to resupply a nuclear submarine

This report was produced in partnership with The Pulitzer Center on Crisis Reporting.