SAN FRANCISCO — The Trump administration filed court papers Monday aimed at getting a judge to reconsider his ruling blocking the president’s executive order to cut funding from sanctuary cities that limit cooperation with U.S. immigration authorities.

The U.S. Department of Justice asked U.S. District Court Judge William Orrick for permission to file documents asking the judge to reconsider or clarify his ruling in light of a new memo by Attorney General Jeff Sessions.

The memo, also issued Monday, reasserts the department’s position that Trump’s executive order applies to a relatively small amount of money, specifically grants that require localities to comply with a specific immigration law related to information-sharing among police and federal immigration authorities.

The DOJ said the memo “contradicts many of the bases upon which the court relied” in arriving at its decision to block the order.

Orrick appeared to address the administration’s arguments in his April ruling. The judge rejected the claim that the executive order applies only to a relatively small pot of money and said President Donald Trump cannot set new conditions on spending approved by Congress.

Orrick cited Trump’s reference to the order as a “weapon” as evidence that the administration intended to cut off a broad swath of federal funding, not just three U.S. Department of Justice and Homeland Security grants as government attorneys argued. And he raised concerns that the specific immigration law the administration cited could be construed to require cities to comply with requests by U.S. authorities to keep people in custody while they await deportation.

David Levine, a professor at the University of California, Hastings College of the Law who has followed the case, said the attorney general’s memo seems to raise the same arguments the administration previously made.

“Judge Orrick’s response to the prior argument was that it was contrary to the plain text of the executive order,” he said. “I don’t see why he would respond any differently to this new memorandum.”

Orrick’s ruling temporarily halted Trump’s order in relation to two lawsuits — one brought by the city of San Francisco, the other by Santa Clara County.

The president called the ruling “ridiculous” and vowed to take the fight to the U.S. Supreme Court.

In Monday’s memo, Sessions said the Justice Department may still try to put more stringent conditions on the money it doles out and “may seek to tailor grants to promote a lawful system of immigration.” 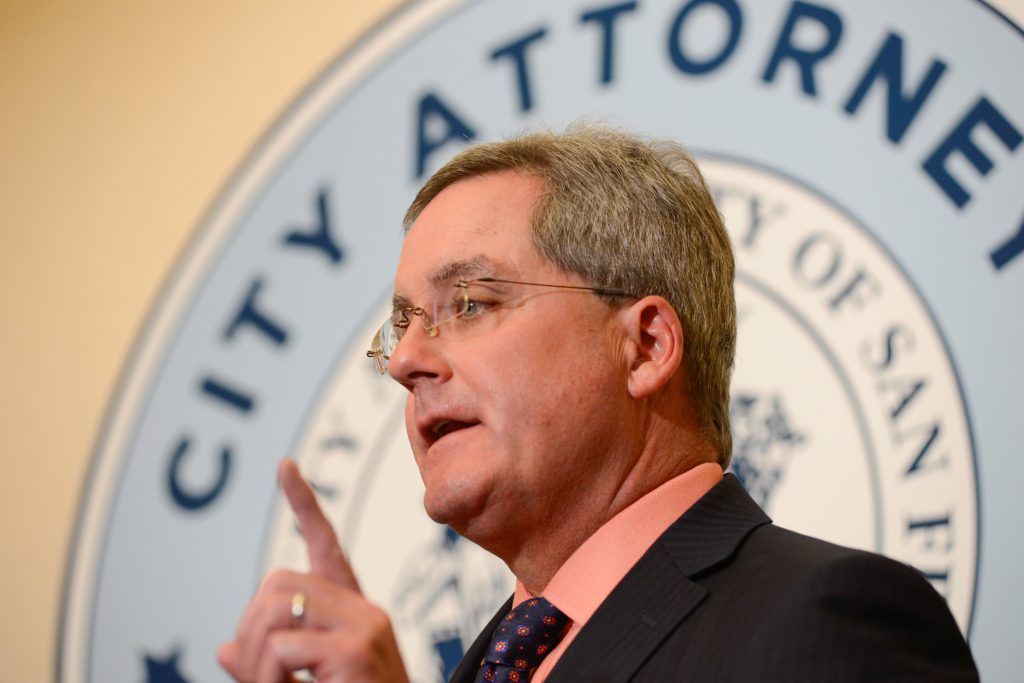 Justice Department officials have suggested they could look for ways to keep federal grant money from cities that decline requests from immigration officials to detain people while they await deportation — or to reward cities that do cooperate.

“That order tried to take away all federal funding from sanctuary cities, and we can’t trust this administration not to make good on its threats,” he said.

READ MORE: Where does the immigration debate stand under President Trump?

Left: A "NO I.C.E." (U.S. Immigration and Customs Enforcement) sign seen on a pedestrian overpass crossing a freeway in Los Angeles, California. Photo by Mike Blake/Reuters