Trump, Clinton and the Top 10 political stories of 2015

From Donald Trump’s rise to the top of a crowded Republican field to John Boehner’s resignation and the growing influence of the Black Lives Matter movement, 2015 was full of unexpected twists and turns. It was also a year of historic firsts, from the U.S.-Iran nuclear deal to the legalization of same-sex marriage to the first-ever papal visit to Congress.

After spending the year following candidates on the campaign trail and reporting from Capitol Hill, the NewsHour politics team compiled a list of 2015’s top ten politics stories.

No matter what you think of the real estate mogul and former reality television star, his political popularity is undeniable and unrelenting. Trump has dominated nearly every poll, been center stage in each of the Republican debates, drawn large crowds at rallies across the country and is a constant topic of conversation on social media. But hand in hand with the popularity is the controversy. Trump supporters like the political correctness-free tough talk, but it has gotten him in hot water, even with the Republican Party. Since announcing his run in June, Trump has called Mexican immigrants rapists, dissed Sen. John McCain, offended Fox News anchor Megyn Kelly, called for a temporary ban on Muslims coming into America, and most recently said Hillary Clinton’s bathroom break during a debate was “disgusting.” But so far, The Donald is teflon. Votes have yet to be counted and the Republican National Convention is still half a year away. Still there’s no question Donald Trump is the big political story of 2015. Click here for more on Trump’s political views.

This year was chock-full of significant Supreme Court cases, but two decisions rose to the top. First, in a 5-4 ruling in June, the court struck down state bans on gay marriage, giving same-sex couples nationwide the legal right to marry. In many places the historic decision has been implemented smoothly, but one county court clerk in rural Kentucky refused to marry gay couples, sparking a firestorm over religious freedom. After spending nearly a week in jail for violating the law, Kim Davis was ordered to stop blocking marriage licenses to gay couples. The incident grabbed national headlines and even prompted two presidential candidates to visit her: Ted Cruz and Mike Huckabee.

The second big-deal decision from the Supreme Court also came in June, when six of the nine justices upheld a major part of the Affordable Care Act. Experts said if the court had gone the other way, the result would have likely been disastrous for the future of Obamacare, especially with no clear backup plan from Congress.

Despite the deal’s likely implementation at the start of the new year, Republicans, including the presidential candidates, have kept up their strong rhetorical opposition.

American and Irani diplomats reached a deal over the summer that limits Tehran’s nuclear capabilities in exchange for lifting economic sanctions on the Middle Eastern nation. The U.N. Security Council unanimously approved the agreement and the Obama administration lauded it as a historic accomplishment. But Republicans in Congress did not share the president’s enthusiasm, and even members of the president’s own party were slow to endorse the deal. In September, the Senate failed to pass a resolution that would have blocked the nuclear agreement. Despite the deal’s likely implementation at the start of the new year, Republicans, including the presidential candidates, have kept up their strong rhetorical opposition.

4. ISIS-linked attacks in Paris and California transform the presidential race

Not only have the terrorist attacks in Paris and San Bernardino, Calif. dominated foreign policy and national security news over the past month, they’ve also completely changed the presidential campaign. Before November, immigration, jobs and spending were the top conversations on the stump and in the debates. But now the 2016 race has become the national-security-campaign. Candidates on both sides are touting their foreign policy and security bona fides more frequently, Republican hopefuls have called on the administration to stem the flow of refugees from Syria and other parts of the Middle East, and of course Trump controversially called for a temporary ban on all Muslims entering the country. The polls show that Americans are increasingly concerned about another attack, and want the next president to be a strong leader on national security. 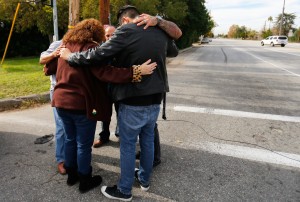 A church in Charleston, S.C., an Oregon community college, a Colorado Planned Parenthood facility, a developmental disability center in California, a movie theater in Louisiana, and a military recruiting center in Tennessee — these are just some of the sites of mass shootings this year in the United States. Each time one of these incidents occurred, the fight over gun control was reignited. The arguments on both sides of the issue aren’t new, and for the most part fall along on partisan lines. But at the heart of the fight is a disagreement about whether more guns will provide protection and save lives in these mass shooting incidents, or whether more controls (like background checks and assault weapons bans) will keep guns out of the hands of people that mean to do harm. For a look at how widespread the problem is, check out NewsHour’s map of every mass shooting in 2015.

6. The House gets a new Speaker

After nearly five years as Speaker of the House and 25 years in Congress, Republican John Boehner decided it was time to go. His unexpected retirement announcement sent Capitol Hill – especially the House GOP – into a tizzy this fall. Boehner’s right hand man, Majority Leader Kevin McCarthy, was the presumed successor, but a little more than a week after announcing his bid for speaker, McCarthy suddenly dropped out of the running. Many Republicans in the House quickly turned to Rep. Paul Ryan, the party’s 2012 vice presidential candidate. Ryan initially and emphatically refused to throw his name in the hat. The Wisconsin congressman eventually gave in, but told members his speakership would come with conditions, including more time with family and less time fundraising. Ryan was finally elected the 54th Speaker of the House in late October, just in time to deal with the budget battle. Ryan is now aiming to set the GOP’s agenda for 2016. 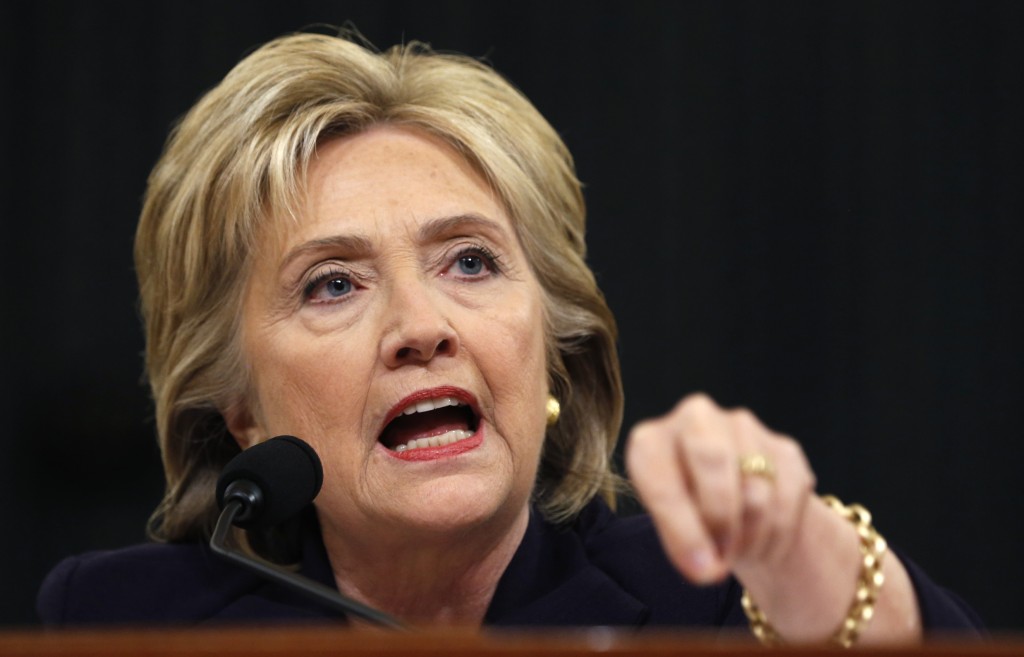 Hillary Clinton’s use of a private email has dogged her campaign ever since the scandal broke earlier this year. Clinton testified on the issue before the House Select Committee on Benghazi in October. Photo by Jonathan Ernst/Reuters

Before Hillary Clinton launched her presidential bid in April, news broke that the former secretary of state had used a personal account to send government emails during her four years in the Obama administration. It was later revealed that Clinton’s email was run through a private server located at her Chappaqua, N. Y. home. The email scandal was at the top of the news cycle for months and even became a significant part of Clinton’s day-long testimony before the Benghazi Special Committee. Clinton eventually apologized and called her use of private email a mistake, but Republicans have used the incident to call into question her trustworthiness. Details are still emerging about the security of the server and whether Clinton sent classified information. She insists she followed government protocol and rules at the time. The State Department has released batches of Clinton’s emails each month, and the final release is scheduled for next month, just before the first primary votes are cast.

Black Lives Matter members have confronted everyone from Bernie Sanders to Hillary Clinton to Trump.

The Black Lives Matter movement, which originally began in 2012 in reaction to the killing of African-American teenager Trayvon Martin, moved well beyond its hashtag activism roots this year. The group has staged protests across the country at police stations, college campuses, businesses and city halls. One of their major targets in 2015? The presidential candidates. Black Lives Matter members have confronted everyone from Sen. Bernie Sanders to Hillary Clinton to Trump. And although they have not been granted their own debate, the #BlackLivesMatter movement has become a part of the conversation on the campaign trail. The group has yet to endorse a presidential candidate.

One visit united Congress; the other divided it. When Pope Francis made his first-ever visit to America this year, Washington was ecstatic. Members on both sides of the aisle clamored to be in the presence of his holiness. In his speech to the legislators, Francis discussed immigration, the death penalty, racial injustice, climate change and poverty. The visit received a positive response from Democrats and Republicans (a rarity), and even made then-Speaker John Boehner cry (not as rare). Months before, there was far less bipartisan excitement for Israeli Prime Minister Benjamin Netanyahu’s visit to Congress. Boehner broke with tradition by inviting the Israeli leader to address Congress without informing the White House in advance. Netanyahu has been a staunch opponent of the U.S.-Iran nuclear agreement and his decision to accept Boehner’s invitation further strained relations with the Obama administration. So much so that a number of Democrats, including Vice President Joe Biden, chose to boycott Netanyahu’s speech. Obama and Netanyahu have since tried to mend fences; the prime minister visited the White House last month to discuss security, military aide and Middle East peace.

After flying at a monument on the grounds of the South Carolina state capitol for 15 years, the Confederate flag was taken down and moved to a museum this summer. (It had flown on top of the S.C. State House dome from 1961 – 2000.) The historic decision came after nine African-Americans were killed inside a Charleston church in June by a white man linked to white supremacists. The flag has long been seen by many as a symbol of slavery and violence toward African-Americans; others argue it’s a piece of Southern heritage. South Carolina’s decision set off a wave of Confederate flag removals across the South and broader discussions about other Confederate monuments and statues. For more on the history of this symbol of the Confederacy, check out the eight things you didn’t know about the Confederate flag.

Think there’s anything we missed? Here’s a list of the other important political stories in 2015 that didn’t quite make our top ten.

And tune into Politics Monday tonight for a look back at the year in politics with NPR’s Tamara Keith and the Cook Political Report’s Amy Walter.

Left: Donald Trump at a campaign stop in Iowa earlier this month. Trump dominated the GOP presidential race for much of this year. Photo by Mark Kauzlarich/REUTERS