Did President Trump deliver on his 100-day contract with voters?

Trump’s road to the White House, paved in big, sometimes impossible pledges, has detoured onto a byway of promises deferred or left behind, an AP analysis found.

Of 38 specific promises Trump made in his 100-day “contract” with voters — “This is my pledge to you” — he’s accomplished 10, mostly through executive orders that don’t require legislation, such as withdrawing the U.S. from the Trans-Pacific Partnership trade deal.

He’s abandoned several and failed to deliver quickly on others, stymied at times by a divided Republican Party and resistant federal judges. Of 10 promises that require Congress to act, none has been achieved and most have not been introduced.

In truth, his 100-day plan remains mostly a to-do list that will spill over well beyond Saturday, his 100th day.

One page of his 100-day manifesto is devoted to legislation he would fight to pass in 100 days. None of it has been achieved.

The other page lists 18 executive actions and intentions he promised to pursue — many on Day One. He has followed through on fewer than a dozen, largely through the use of executive orders, and the White House is boasting that he will set a post-World War II record when he signs more this week.

That’s a change in tune.

“We need people in Washington that don’t go around signing executive orders because they can’t get people into a room and get some kind of a deal that’s negotiated,” he declared in New Hampshire in March 2015. “We need people that know how to lead, and we don’t have that. We have amateurs.”

An AP reporter who followed Trump throughout the presidential campaign collected scores of promises he made along the way, from the consequential to the fanciful. Here are some of them, and his progress so far. 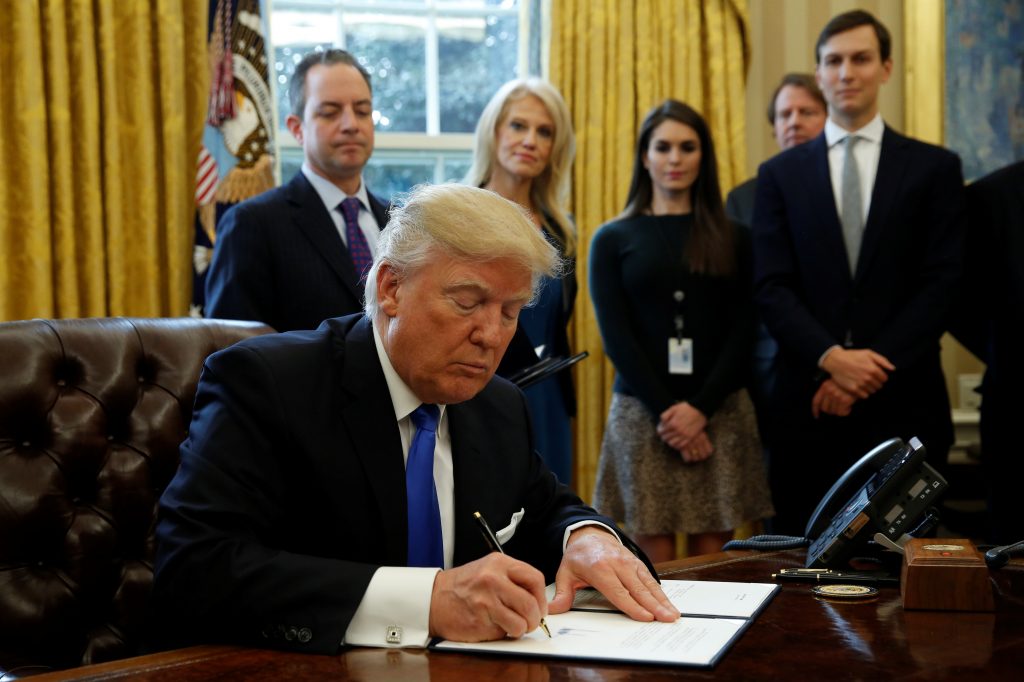 ENERGY AND THE ENVIRONMENT: 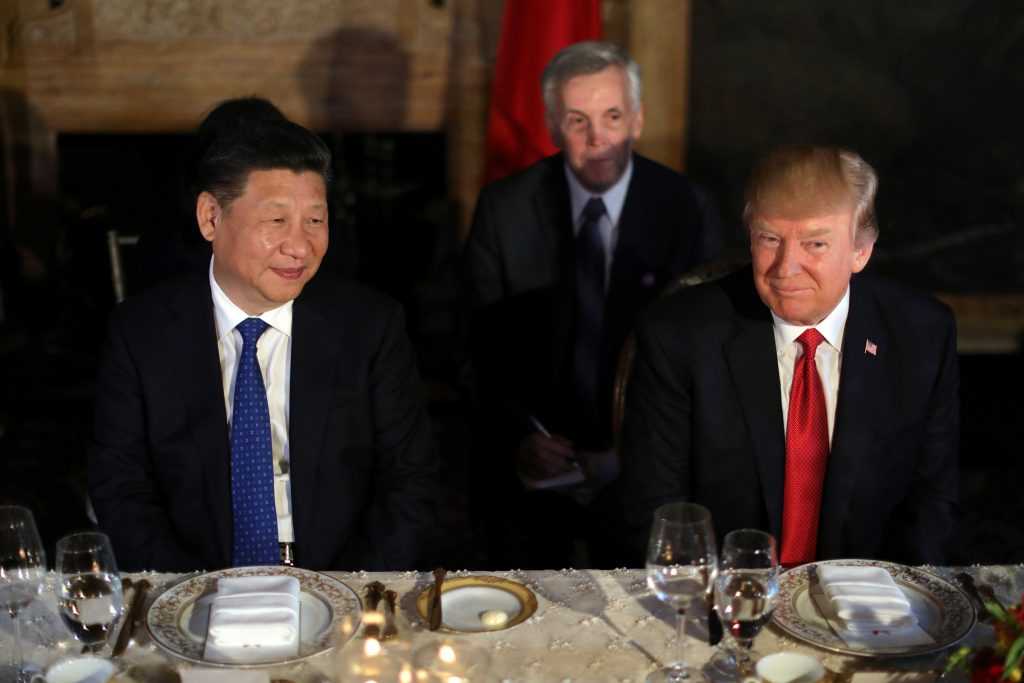 Chinese President Xi Jinping and President Donald Trump attend a dinner at the start of their summit at Trump’s Mar-a-Lago estate in West Palm Beach, Florida. Photo by REUTERS/Carlos Barria. 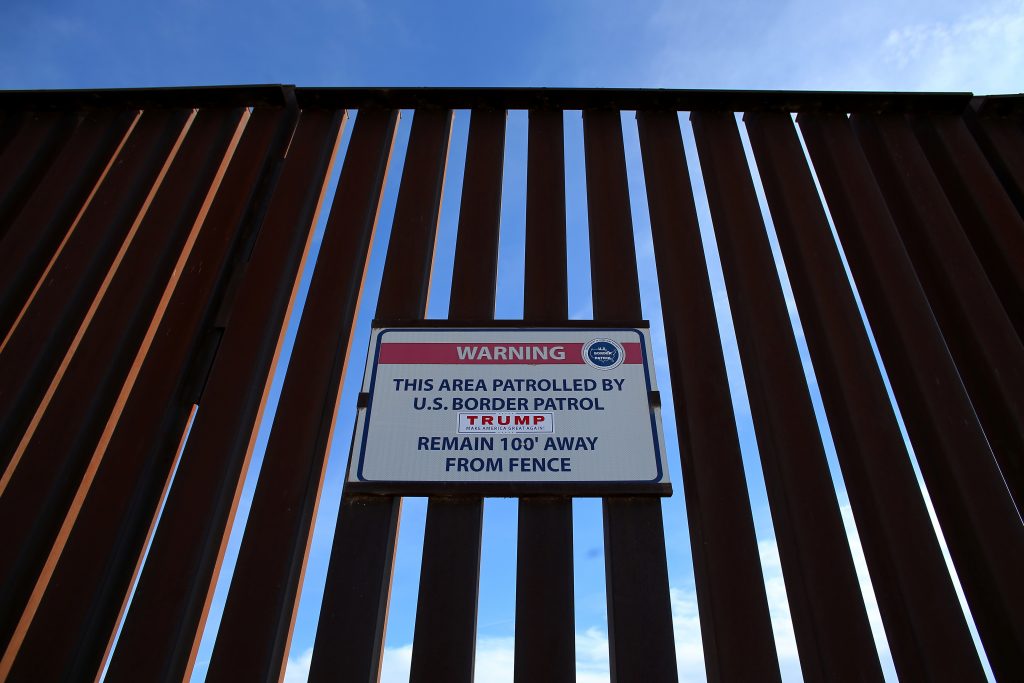 A Donald Trump for President campaign sticker is attached to a U.S. Customs sign hanging on the border fence between Mexico and the United States near Calexico, California. Photo by Mike Blake/Reuters 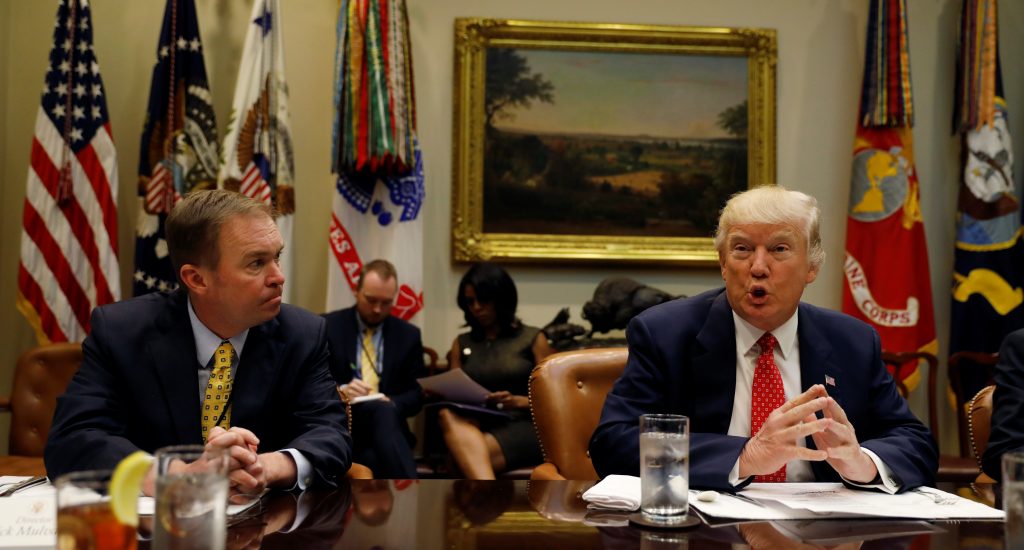 Director of the Office of Management and Budget Mick Mulvaney (L) listens to U.S. President Donald Trump speak during a “strategic initiatives” lunch Feb. 22 at the White House in Washington, D.C. Photo by REUTERS/Kevin Lamarque.

GOVERNMENT AND THE SWAMP: 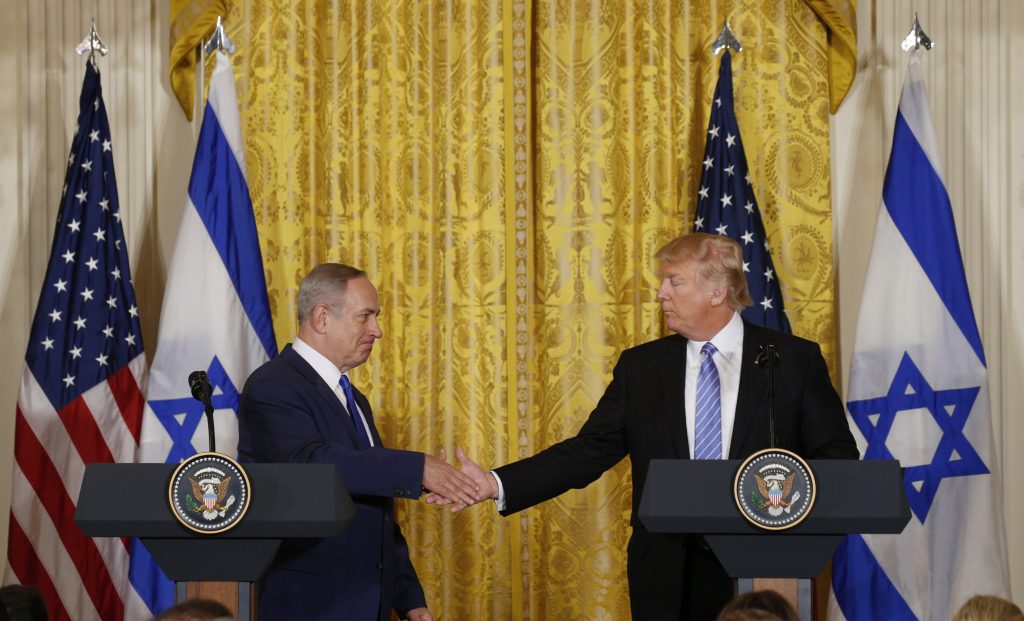 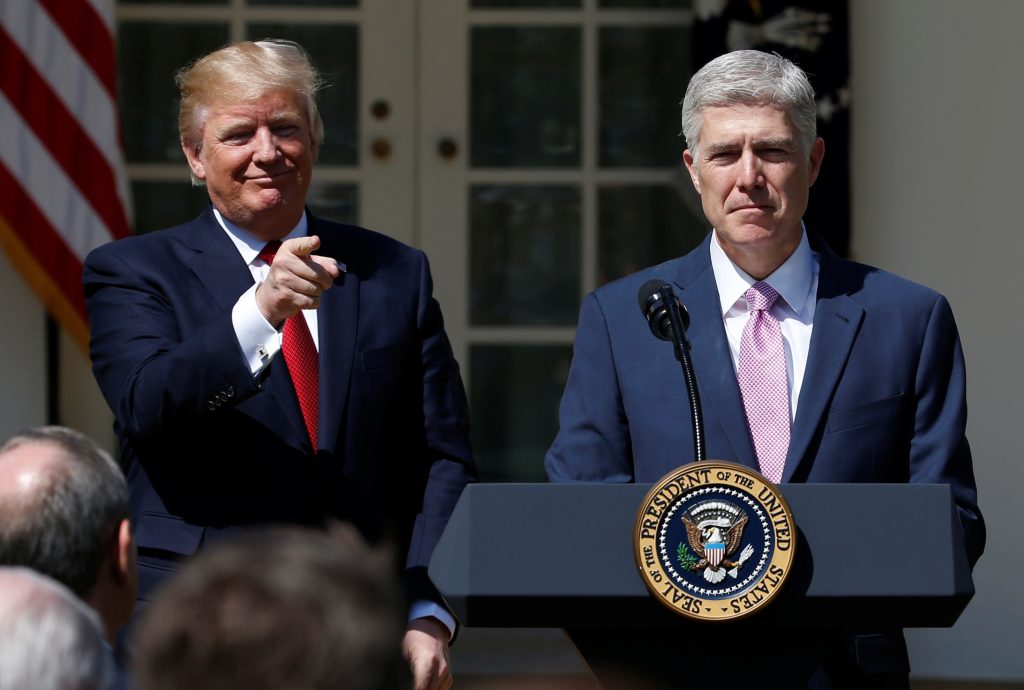 U.S. President Donald Trump points to the audience after the swearing in of Judge Neil Gorsuch as an Associate Supreme Court Justice in the Rose Garden of the White House in Washington, D.C. REUTERS/Joshua Roberts – RTX34YUE 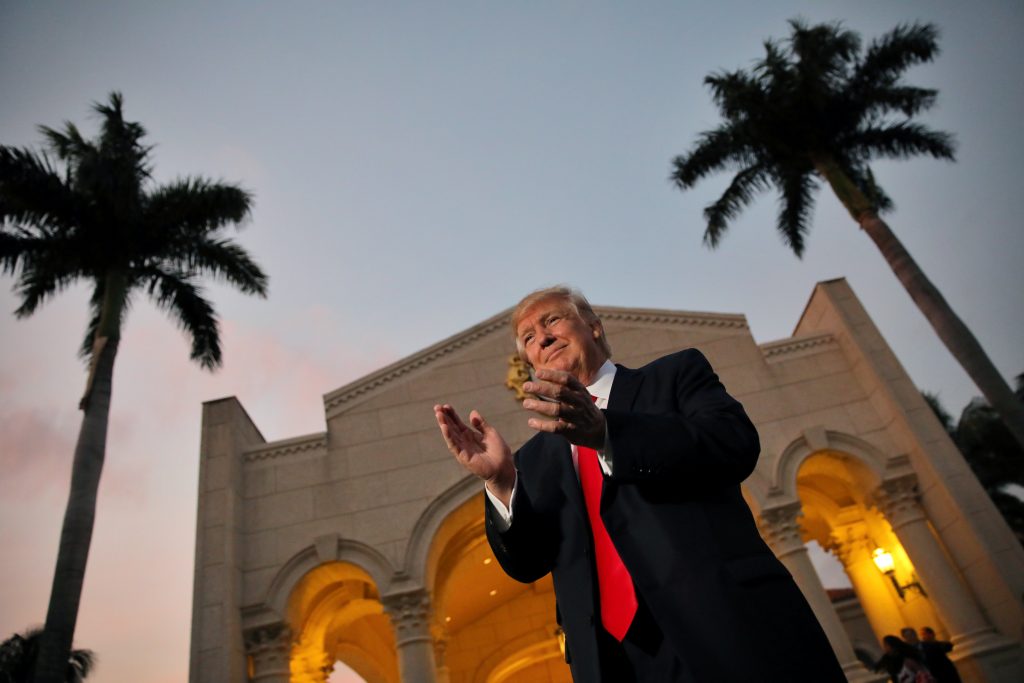