A jury acquitted Betty Shelby in May of all charges related to the death of Crutcher, a 40-year-old black motorist. She was allowed to return to the department days later in an administrative role.

Since then, “I have found that sitting behind a desk, isolated from all my fellow officers and the citizens of Tulsa, is just not for me,” Shelby said in a letter posted to Facebook by the Fraternal Order of Police Lodge 93.

Shelby, who is white, said she would resign Aug. 3.

She thanked her supporters and “fellow officers for the moral support they gave me the last 10 months,” adding that “the incident with Terence Crutcher was a tragedy for everyone involved, and I am sorry he lost his life.”

“I pray for healing for his family, I will continue to pray for the unity of our community, the safety of our citizens and our police officers,” she added.

Before the jury’s decision in May, Shelby had been on unpaid leave since prosecutors charged her with first-degree manslaughter in September. 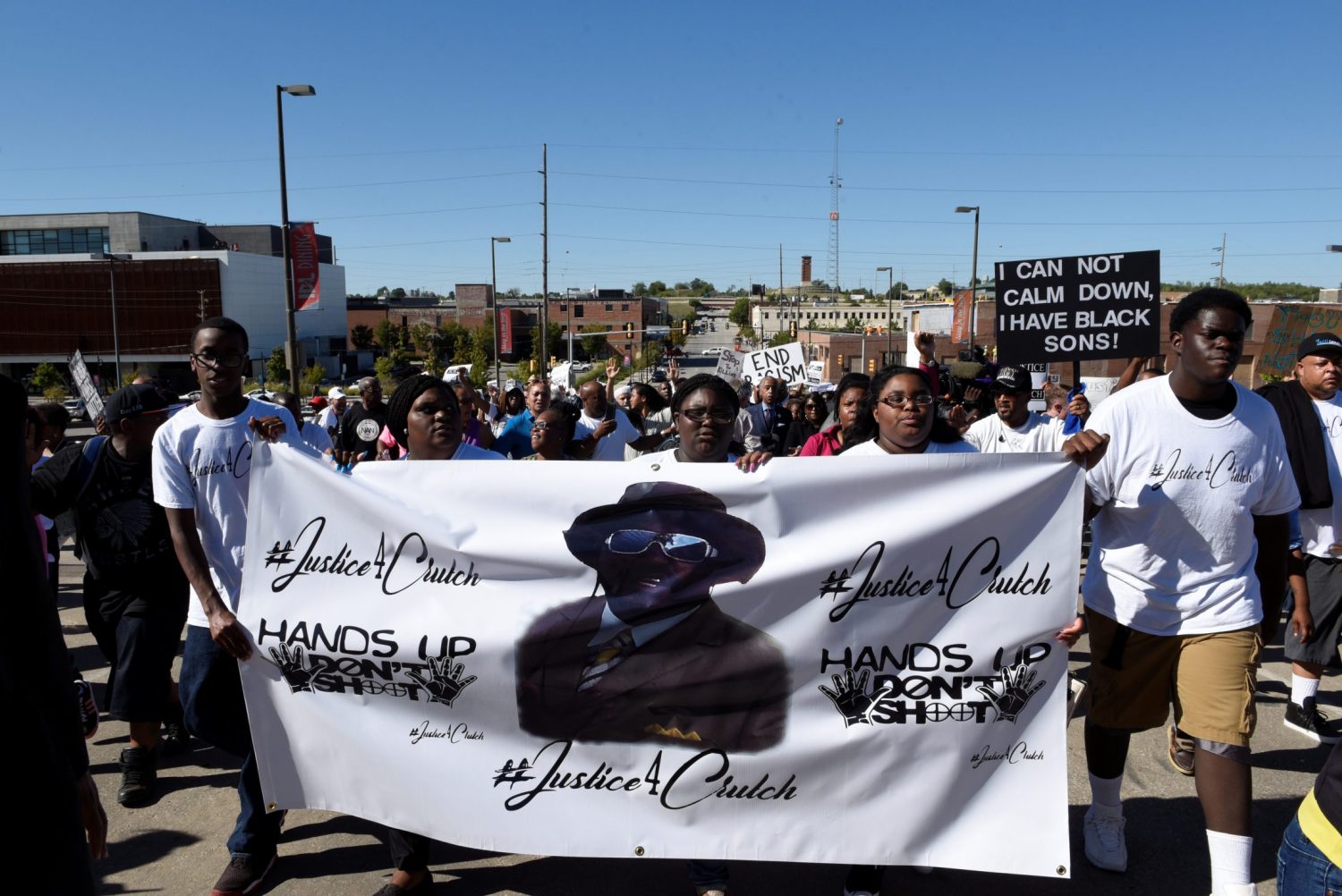 On Sept. 16, 2016, dashcam footage captured the fatal encounter between Shelby and Crutcher, whose vehicle was found stalled in the middle of a road. Crutcher can be seen raising his hands in the video.

Shelby testified that Crutcher had refused to comply with her commands and she thought he was reaching for a gun inside his vehicle. She responded with a single shot. Crutcher died later that day.

Last month, Crutcher’s family filed a civil rights lawsuit against Shelby and the City of Tulsa, arguing that the officer used excessive force in the eccounter.

Though the jury’s decision was to acquit Shelby, the jury’s foreman wrote a letter that said jurors were not “comfortable with the concept of Betty Shelby being blameless,” questioning why she hadn’t used a stun gun instead of a firearm to de-escalate the situation.

Left: Betty Shelby, acquitted of all charges in the death of 40-year-old Terence Crutcher, is shown in this 2016 Tulsa County Jail booking photo. Her resignation from the police department was announced today. Photo courtesy of Tulsa County Jail via Reuters