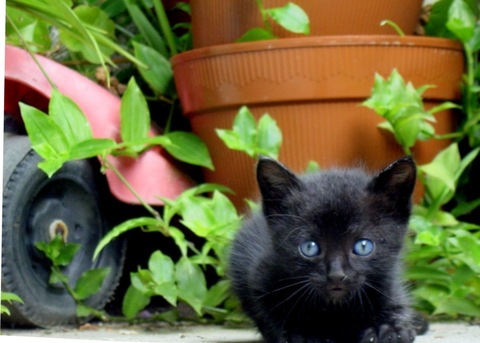 Don’t walk under that ladder, or let that black cat cross your path, and you better be careful when handling that mirror. Silly superstitions are often told to children, but almost 50 percent of American adults consider themselves superstitious. There are good luck rituals, superstitions related to sports and the passed-down family superstitions that we may believe but don’t even understand.

NewsHour staffers don’t seem to be as superstitious as the rest of the American population or at least not willing to admit it. (We asked them.) But we did find out that Jim Lehrer always goes shopping for a new tie with his wife and daughter before moderating a debate, one of our the.News members refuses to set her alarm clock to a multiple of five and according to our online team it’s bad luck to vacuum at night.

How do superstitions come about and are there any benefits to them? That’s the focus of this week’s #NewsHourChats which just so happens to take place on Halloween.

Join us on Twitter or watch below as we discuss superstitions on Thursday, Oct. 31 at 1 p.m. EDT during a live Twitter chat.