Twitter Chat: Why does the U.S. lag behind in its family leave laws?

In May, the United Nations’ International Labor Organization released a report on the state of family leave practices around the world. Overall, the news was positive. Of the 185 nations surveyed, the number of countries offering at least 14 weeks of maternity leave rose from to 51 percent from 38 percent, while the number of countries where such leave is unpaid fell to one percent — or just two nations — from five percent. The two countries that failed to offer paid maternity leave? Papua New Guinea and the United States. Of the group, the U.S. is the only industrialized nation that does not guarantee its citizens paid maternity leave.

The Family and Medical Leave Act (FMLA), which was signed into law by President Bill Clinton in 1993, was the first piece of legislation to guarantee unpaid leave to workers following the birth or adoption of a child, or to deal with personal illness or the illness of an immediate family member. However, as the National Partnership for Women and Families explains in its “Guide to the Family and Medical Leave Act,” the law only applies to companies with 50 or more employees. Further, employees must have worked for their company for at least one year, and have worked a minimum of 1,250 hours within the last year to be eligible. This latter provision disqualifies many part-time employees who work less than 25 hours per week. Even eligible workers are guaranteed just 12 weeks of leave, two weeks shy of the most recent ILO standard for maternity leave, and six weeks shy of the 18 weeks recommended by that organization. All else aside, many workers simply cannot afford to take unpaid leave.

Why does the U.S. lag behind the rest of the world’s industrialized nations when it comes to family leave policy? What is the potential social, economic and public health impact? How are individual states and companies addressing the problem on their own? Could their solutions be implemented nationwide? 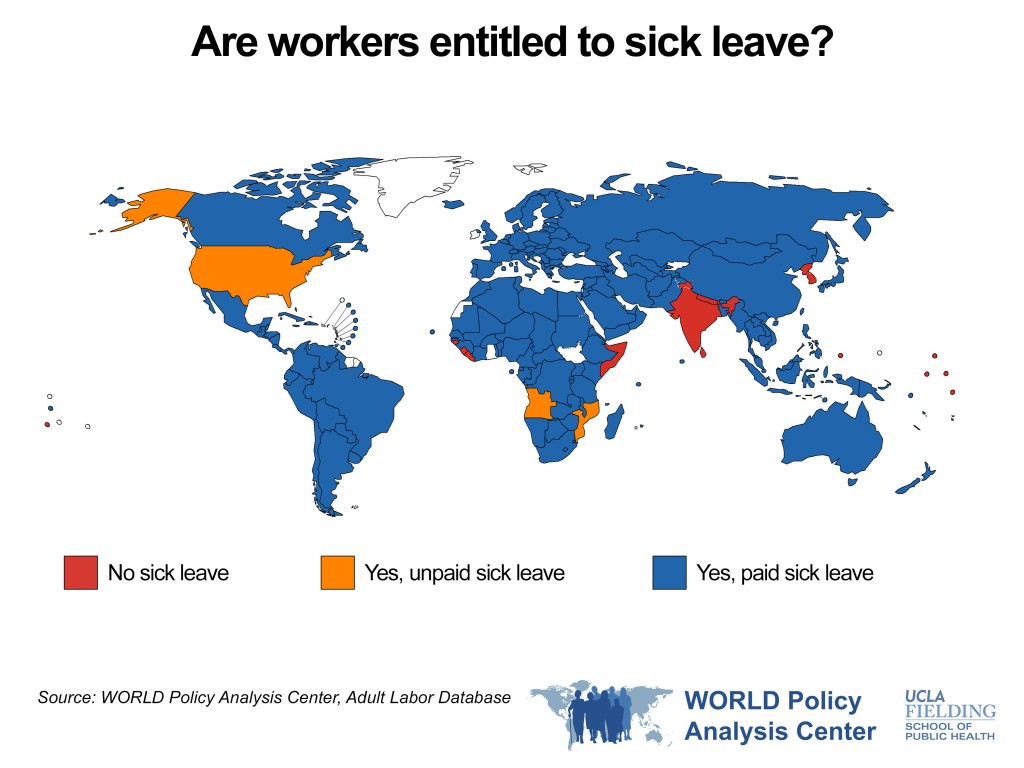