Uber and the gig economy used to publicly support Obamacare. What happened?

WASHINGTON — The Republican effort to repeal and replace Obamacare is, for now, mothballed, in no small part because of Democratic resistance, fierce opposition from industry groups, and, above all else, GOP disarray.

Uber, Lyft, and a long list of other technology companies that power the so-called gig economy once rallied behind Obamacare as a major boon for their freelance workforces. In 2014, even the infamously anti-government Travis Kalanick, then-CEO of Uber,

That was the last of the industry’s pep rallies for the law.

Since President Trump was elected and congressional Republicans began in earnest their efforts to dramatically reform the health system that underpins the gig economy, once boosterish industry titans have gone silent.

Their reticence may have been part of a calculated decision to avoid the health care slugfest that has consumed Capitol Hill since January.

Even when the law was at its most vulnerable and repeal seemed imminent, aides in more than two dozen Capitol Hill offices, across both chambers and both parties, said they hadn’t heard from any gig economy companies or their trade associations about the repeal effort. Lobbyists and officials from more than a dozen companies declined to respond to multiple inquiries from STAT.

Now that the chances for repeal have faded, they’ll have to decide whether to start working with lawmakers or other industries to help stabilize the markets or protect the subsidies many of their workers rely on.

Of the 17 companies and organizations that partnered with Obama in October, including TaskRabbit, Handy, and others, only three — Fiverr, Thumbtack, and a health-focused venture fund Rock Health — agreed to discuss the benefits of the health care law with STAT. Other freelance-focused businesses, including Etsy, also declined to make representatives available.

“At this time, we are conscious of how we are speaking about this topic publicly,” a spokesman for Care.com, an online platform that links caregivers and their families and that partnered with Obama, said in an email.

The gig economy’s advocacy organizations, including the Freelancers Union and the Internet Association, which can sometimes speak more freely than individual companies worried about bad press, declined to comment.

Their reticence may have been part of a calculated decision to avoid the health care slugfest that has consumed Capitol Hill since January.

“While they may have a soft preference for keeping the ACA in its current form, they have a much stronger preference for making sure that Republican leaders in Congress are not pissed off at them for opposing [repeal efforts],” said Lee Drutman, an expert on lobbying at the New America Foundation. “Nobody wants to be the one company who gets out there and gets in the crosshairs and bears the brunt of the cost and the potential animosity.”

Brent Messenger, the global head of community at Fiverr, which connects small businesses and entrepreneurs with freelance services like graphic design and translation, told STAT that he and other industry officials were absolutely talking about the importance of the ACA. But mobilizing others to go public was harder.

“We’ve had a conversation with everyone about it, in small meetings here and there with other tech leaders. But are they mobilizing?” he said. “It’s been a little quiet. I think they’re paying close attention and maybe waiting to see what solution gets put forward.”

Smaller companies like Fiverr might not necessarily have the lobbying firepower to storm Republican offices on the Hill. 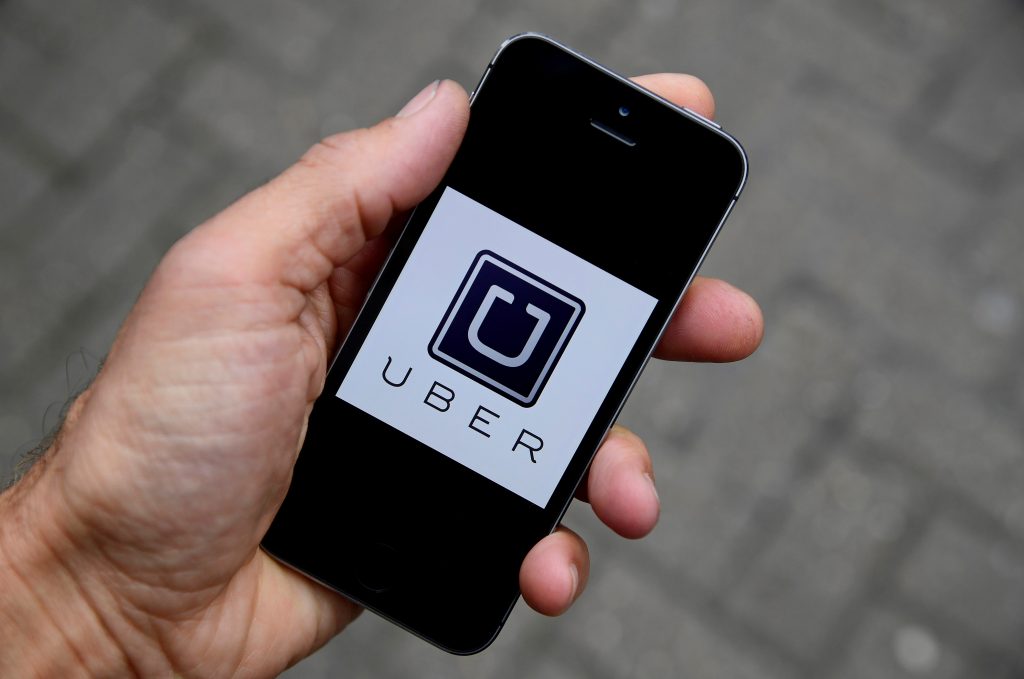 Uber dropped more than $1.3 million on its advocacy efforts, deploying an army of lobbyists from seven outside firms. Photo by Toby Melville/REUTERS

But that’s not true for Uber. The company, which has its East Coast headquarters in Washington D.C., last year dropped more than $1.3 million on its advocacy efforts, deploying an army of lobbyists from seven outside firms. Etsy, Lyft, and TaskRabbit, other relative giants in the gig economy space, each spend about $200,000 to $250,000 on their annual lobbying efforts.

Gig economy companies haven’t always been so quiet about the law. Lyft offered discounts for riders who were heading to enroll in health law coverage. Others, including Uber and Etsy, partnered with Stride Health, a startup aimed at making it easier to sign up for health insurance under the law.

Even as they have ignored the Affordable Care Act debate, moreover, the industry has been advocating on other benefits issues. Lyft, Etsy, and Postmates even worked this spring with lawmakers and committees to support a novel portable benefits structure for gig economy workers who can’t set up retirement accounts or health savings accounts through their employers. Sen. Mark Warner (D-Va.) and Rep. Suzan DelBene (D-Wash.) have a modest bill that would encourage the idea.

It’s clear, too, that the companies themselves are aware of the benefits they reap from a stable and functioning health law — and how important it is to their workforce recruitment. Foregoing traditional employment also means foregoing benefits — health insurance chief among them. The insurance marketplaces created by Obamacare give those workers a place to shop for coverage, often with government assistance in place of the employer assistance that Americans employed in traditional jobs enjoy. Medicaid expansion, too, has been a boon for the low-income workforces that might not otherwise be able to afford insurance.

As Uber’s Kalanick himself described it to reporters back in 2014, “The democratization of those types of benefits allow people to have more flexible ways to make a living. They don’t have to be working for The Man.”

“I’m sure the gig economy companies love the ACA,” said Jeffrey Pfeffer, a professor of organizational behavior at Stanford. “To the extent that you have a significant fraction of the workforce working in freelance contracting arrangements, you need to do something to make sure they have access to not only health insurance, but also retirement insurance and all these other benefits — or else it’s really not feasible.”

READ MORE: For a trip to the ER, some are opting for Uber over an ambulance

Repeal may be off the table for now, but the health law and its marketplaces remain on shaky ground. Trump has repeatedly suggested Republicans should just let the law “collapse” on its own — and he and his colleagues on Capitol Hill have a number of policy levers that would let them do just that.

All that means Uber, Lyft, and other gig economy companies — and the estimated54 to 68 million Americans who work in the industry — aren’t yet out of the woods.

It’s hard to estimate how many of those contractors rely on Obamacare or Medicaid, let alone how many might face higher premiums or fewer plan options this year because of federal reform efforts.

A joint report from the Treasury and the Health and Human Services departments, released as Obama was preparing to leave office, found that in the law’s first full year, 1 in 5 of the people who relied on Obamacare were self-employed or small business owners like those in the gig economy. The figure represents some 1.4 million Americans.

The data tried to look at gig economy workers in particular, and found that more than 10 percent of that workforce got coverage through the ACA.

“It really shows that the ACA is crucial to helping these entrepreneurs and other independent workers, including in the sharing economy, get access to health insurance,” Katie Martin, who helmed the HHS office that worked on the report under Obama, told STAT. “It’s just critical for them.”

This article is reproduced with permission from STAT. It was first published on July 20, 2017. Find the original story here.

Erin Mershon covers the politics and policy of health care for STAT in Washington.