U.S. public investment in schools, highways and other infrastructure at lowest level since 1947 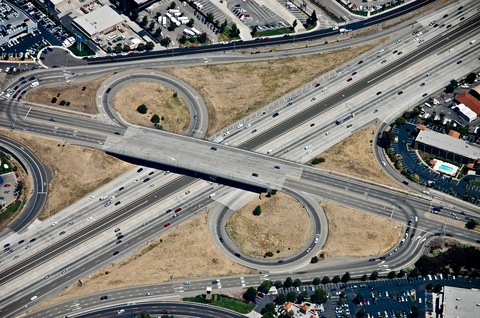 The Great Recession, public opposition to spending, and reduced taxes have pushed gross public captial investment down to its lowest levels since the end of World War II, according to the Financial Times. Measured as a percentage of U.S. output, public spending was at 5% on average since the war. In the past year, that figure has dropped to just 3.5%. The FT points to Republican opposition to spending on capitol hill as a central cause for the drop, but also highlights dropping revenues from fuel taxes, as cars become more efficient. PBS NewsHour Weekend recently explored Oregon’s plan to tax drivers based on miles driven to reclaim some of those tax dollars.

The rising costs of entitlement spending have also put pressure on the federal budget to cut in public investment categories. But, is reduced spending good or bad for the nation? The experts rounded up the the FT (Including PBS NewsHour regular Douglas Holtz-Eakin) agree that public infrastrucutre is necessary, but the question is how much?